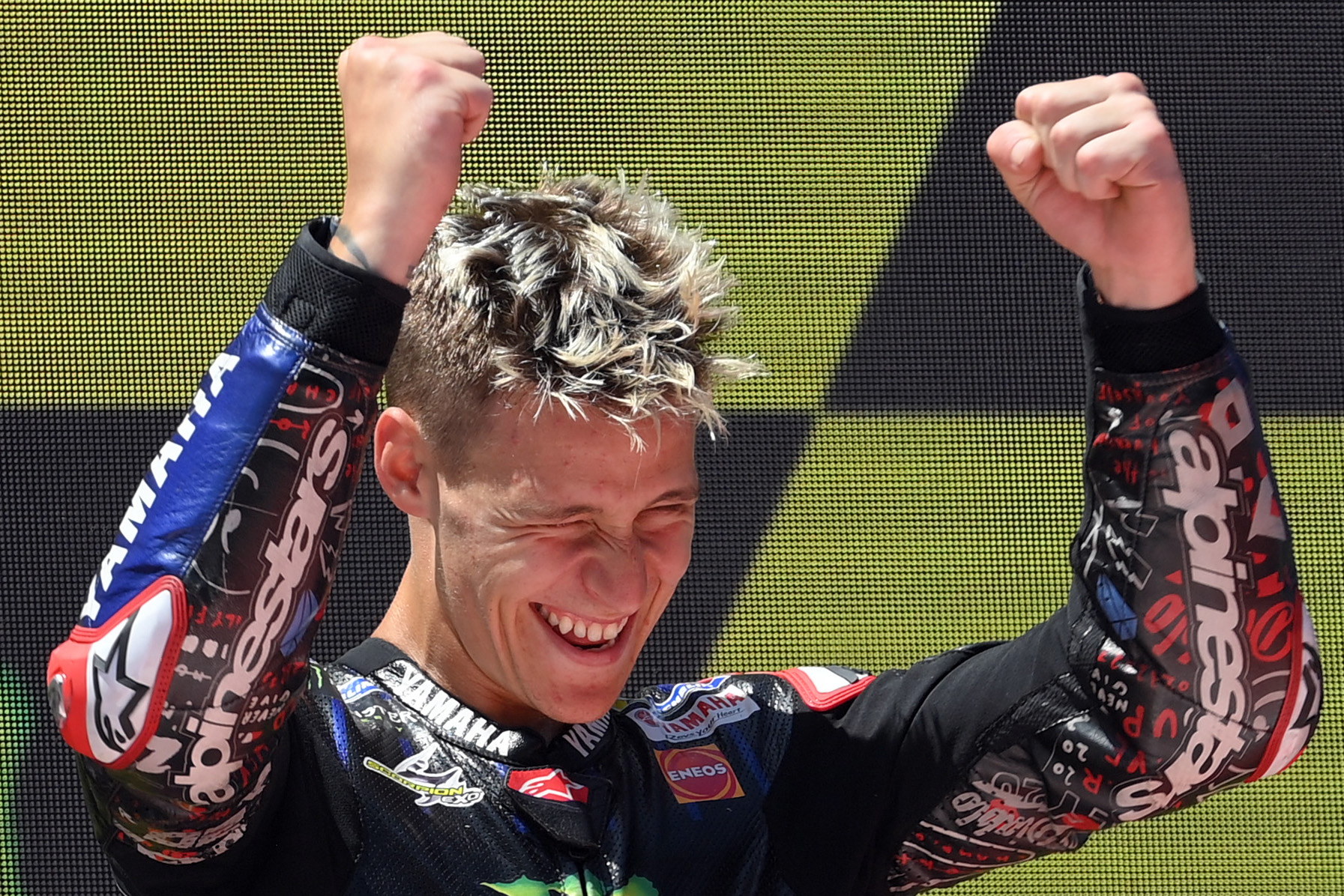 There are more and more reasons to think that Fabio Quartararo, outstanding leader of the Moto GP World Championship, is the most complete rider in the premier class. At 23 years old, the Frenchman, raised sportingly in Spain, survived this Sunday the festival of falls at the Grand Prix of Catalonia and, with an overwhelming driving, clenched his fists from the first corner, when he got first, and left behind all his rivals giving off a champion aura until he crossed the finish line in the lead.

The one from Nice, who renewed with Yamaha this week until 2024, has shown so far in the championship to know better than anyone the virtues and shortcomings of his bike, inferior in speed to the Ducati and Aprilia of an Aleix Espargaró, which, when He was on his way to his fifth consecutive podium, he thought that the race had ended a lap from the end and he gave up some positions that could be key in the fight for the title: he finished fifth. “You can’t afford a mistake like that competing for a Moto GP title. It is inexcusable”, said the Catalan, dejected, after the conclusion. The error was taken advantage of by Jorge Martín, second, and Johann Zarco, third.

Espargaró, who was second after a tremendous battle with Jorge Martín, arrived at the box disconsolate, crying under his helmet to the useless applause of all his mechanics. The CEO of Dorna, Carmelo Ezpeleta, went to the Aprilia box to try to console the Granollers man, who, after his mistake, dropped 13 points compared to The devil in the World Cup when everything indicated that he would only lose five.

Also Read  Marc Gasol: "You should not have to be conformist, simply get out of the norm" | Sports activities | The United States Print

Quartararo, euphoric at the finish, is now the leader of the championship with 22 points ahead of Espargaró, who wasted the pole achieved on Saturday. In a driving recital on the Yamaha, the Frenchman increased the distance with his pursuers on the track as the advantage in the World Championship table increases, where, beyond the oldest of the Espargaró, all the rivals are already more than fifty of points.

Pecco Bagnaia, who had been a few thousandths away from getting the pole in Saturday’s qualifying, he said goodbye to all his chances of victory in the first corner, when Takaaki Nakagami, who came from behind, crashed and threw the Italian, winner of the last Grand Prix in Italy, hitting the rear wheel with the helmet ; and, for the second consecutive race, to Álex Rins, with whom he had already had an intense exchange of statements in Mugello —You are the best, Nakagami (You’re the best, Nakagami), said the Barcelonan, ironically, when he returned to the box—.

With the fall, in addition, of the German Stefan Bradl, Marc Márquez’s replacement in the Repsol Honda team after the indefinite retirement of the Spaniard, who has already undergone surgery on his right shoulder in Minnesota (United States); Four drivers retired before the end of the first lap. Shortly after, the Italians Marco Bezzecchi, Fabio Di Giannantonio, Andrea Dovizioso and Enea Bastianini went to the ground and said goodbye to the race early. After the unprecedented festival of falls in the first half, the test seemed to sink into a strange normality, but everything was blown up with Espargaró’s error, which, as Quartararo acknowledged after the finish, “could be key in the fight for the title”.

With five different winners in nine races, the most disparate World Championship in recent years seems, finally, to pick up the pace at the top. With 11 races still to be played, or what is the same, 225 points, everything is yet to be decided, but as he did last year, when he was proclaimed Moto GP world champion for the first time, Quartararo seems to be beginning to impose himself on the rest. The Frenchman has achieved his second victory of the season in Catalonia and, prudent at the finish line — “there is still a long way to go” —, he consolidates his leadership in the World Cup despite the doubts and errors of his rivals. Now, after a week of hiatus, the championship will return on June 19 at the German GP which takes place at the Sachsenring Circuit.