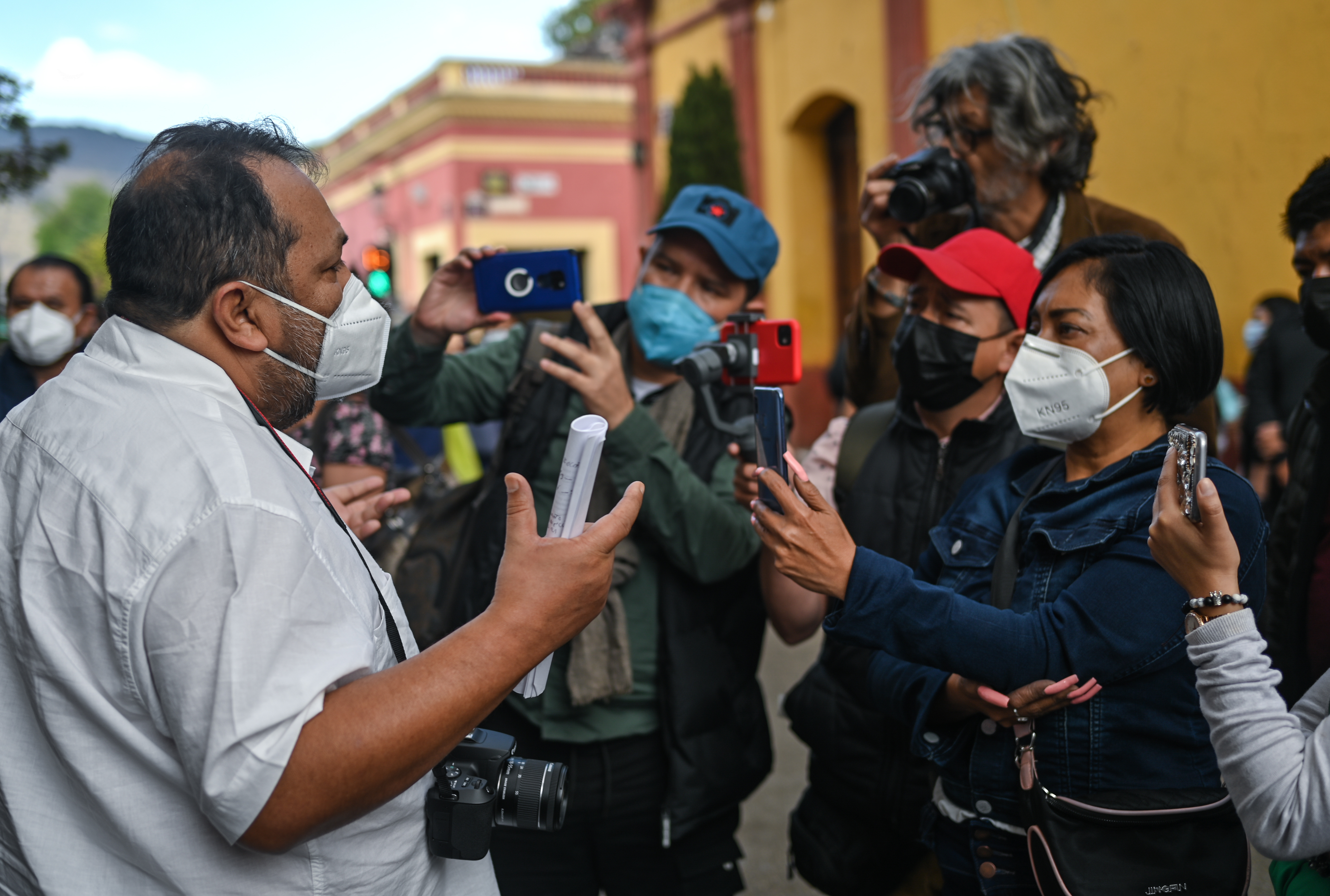 The Mexican government has launched this Tuesday a proposal to regularize the employment of more than 6,000 journalists who work on their own and who do not have access to minimum health services, occupational risks or retirement. During the daily press conference of President Andrés Manuel López Obrador, a measure has been finalized that seeks to alleviate the precariousness of a union that not only works in miserable conditions, but also exercises a profession in the most dangerous corner of the planet to do so.

On Freedom of Expression Day, this June 7, in honor of article 7 of the Mexican Constitution, support has been extended to the most vulnerable sector of all journalists, those who are not hired. Although the cracks in the protection policies have not been mentioned, they have failed to prevent the continuation of murders at a rate of at least 10 reporters so far this year, in addition to hundreds of others who have reported threats.

According to the details of the program, there will be up to five insurances that information professionals may have freelancing The first consists of medical insurance for “illnesses and maternity”, which consists of “medical, pharmaceutical and hospital care, without restrictions for the insured and their legal beneficiaries, but subject to waiting times”, in addition to access to a ” sick leave pay,” such as medical leave. Those who work on their own account had no other way of accessing public health services and had to pay for private medical insurance that accounted for a large part of their salary. In addition, they could not access the basic rights of maternity or sick leave.

Also Read  Film director Jean-Luc Godard, father of the 'nouvelle vague', dies at the age of 91 | Culture | The USA Print

Another insurance mentioned in the proposal is occupational risk insurance. On this point, the document mentions hospital assistance, in addition to recognizing “incapacity due to an accident at work and work-related illness. And in his case, pension. It does not mention, however, that among the occupational hazards of a journalist in Mexico are death threats to them and their families, forced displacement from their places of origin or work, not just an accident during their working hours. Nor, that the body in charge of protecting them, the Protection Mechanism, dependent on the Ministry of the Interior, has received strong criticism for the inability to respond to dozens of cases and in many of them, not avoiding effective security. Some reporters who were under this scheme have been killed.

They may also benefit from “disability and life” insurance, like any other professional hired in Mexico; they will have access to nurseries and social benefits; and they will contribute to your retirement or retirement insurance. In short, the Government seeks to regulate a sector of the union that works in the shadows, that not only risks its life, but its decades of work did not appear in any public record, as happens in many sectors in Mexico, where informality is around 56% of all workers in the country.

The informality of more than 6,000 journalists seeks to be regulated, as was done before with a pilot program for domestic workers, —it has not yet been formalized since the last six-year term and it is still up to the employer to insure their employees— . But in this case, the mechanism to access insurance will be different. It will be the same employees who request it before a Committee appointed by the Government, made up of journalists, in charge of preparing a census and reviewing the requirements. Those responsible will be: Enrique Galván, Fernanda Tapia, José Reveles, Nancy Flores and Rubén Villalpando.

The group will meet every six months, and in an extraordinary manner, to define the incorporation criteria and will select the beneficiaries based on the delivery of individual applications. These inscriptions must include: the CURP (Unique Population Registry Code); Social Security number; the RFC (Federal Taxpayer Registry), in addition to your e.signature (a tool that must be requested from the Tax Administration Secretariat, SAT); documents that prove having worked in the last year in a media outlet (radio, television, written press or platform specialized in journalism); Evidence proving your work as a freelancer in the last 12 months; and a signed letter that guarantees its authorship.

The page enabled to register for this program is this: http://imss.gob.mx/periodistas-por-cuenta-propia. The date on which the measure will begin and the insurance for applicants will be effective will be from August 1 of this year. Based on the calculation of the minimum professional wage for communication workers, the government determined to contribute 2,139 pesos per month (about 100 dollars) to the account of each journalist, in which a part will go to medical services and another to a fund of pension.