Mexico Elections 2022: Morena seeks to expand its territorial control while rehearsing the momentum of its presidential candidates | Mexican elections 2022 | The USA Print 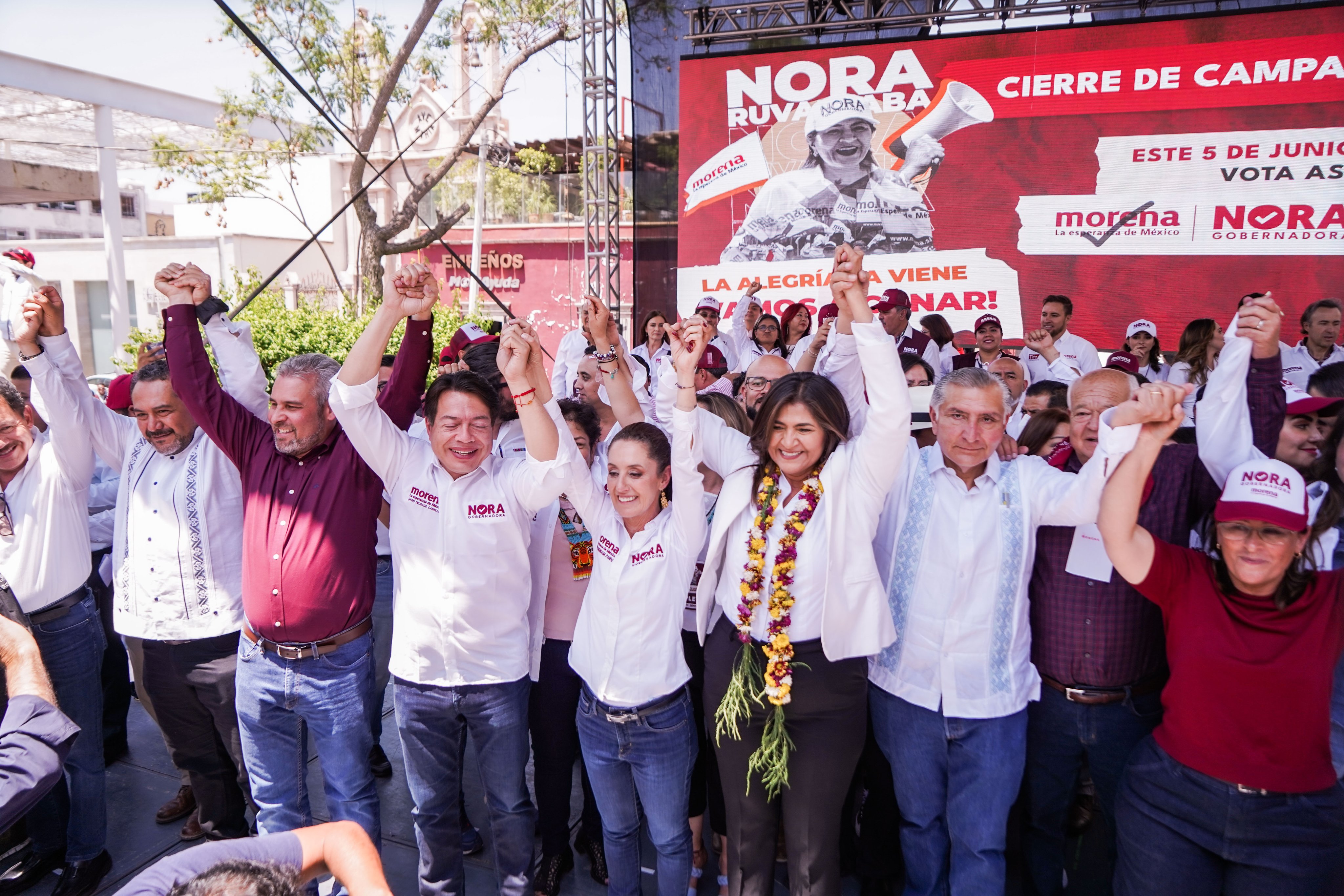 Morena ran for her first election in 2015, shortly after establishing herself as a political force, and since then the Andrés Manuel López Obrador movement has not stopped growing. The party apparently reached a ceiling a year ago in the federal elections, but this Sunday, June 5, it seeks to expand its territorial control in the renewal of the governorships of six states. The candidates of the formation have before them a clear panorama in at least three places, Oaxaca, Hidalgo and Quintana Roo, to which the favorable measurements of Tamaulipas are added. Several national leaders have taken advantage of the wind in favor to make the campaign a springboard and strengthen their position as candidates to take over from the president in 2024.

The career of the ruling coalition headed by Morena, Together we will make history, has been marked by the usual repertoire of the so-called Fourth Transformation, in which each message refers to the ideology and words of the president. “Do not lie, do not steal, do not betray.” Thus, with one of López Obrador’s slogans, the heads of the list concluded the propaganda activities last Wednesday. The president of the party, Mario Delgado, wasted optimism and was convinced of the victory even in the states where the opposition alliance, Va por México, goes to the polls with an advantage, as is the case of Aguascalientes. Other heavyweights in the formation, such as the head of the Senate’s Political Coordination Board, Ricardo Monreal, are somewhat more cautious and are confident of winning in five of the six territories, as he predicted in a conversation with EL PAÍS. In any case, if Morena and his allies already govern in 18 of the 32 states, they are preparing, barring surprises, to emerge from an electoral process once again strengthened.

Francisco Abundis, director of the Parametria consultancy, has detected that at the beginning of this electoral process the voters identified more with the party, contrary to what usually happens in presidential elections, but little by little the local candidates have been taking flight and have been strengthened. “Its growth has been remarkable,” he notes. In this context, there are at least two especially symbolic competitions for the aspirants of the National Regeneration Movement. One occurs in Hidalgo, bastion of the Institutional Revolutionary Party (PRI) for almost a century. As happened in June 2021 in Campeche, the ruling candidate, former senator Julio Menchaca, aspires to deal a blow to his former formation. Another relevant contest is held in Tamaulipas, where the outgoing governor, Francisco García Cabeza de Vaca, of the National Action Party (PAN), accumulates some investigations for tax fraud. The politician also faced an arrest warrant from the Prosecutor’s Office for undeclared properties, both in the northern state and in Texas. A year ago the federal Chamber of Deputies tried to strip him of his immunity, which generated an institutional conflict with the local Congress, controlled by the PAN members. The case was left in limbo due to a crossroads of resources and now the Morenista Américo Villarreal is seeking to bring his party to power for the first time in a territory weakened by a deep security crisis.

Also Read  'The other side', from spiritism to Nick Cave and other passions of Mariana Enriquez | Babelia | The USA Print

In Quintana Roo, one of the states through which the Mayan Train, a star infrastructure project of the federal government, will circulate, the campaign took a turn when the questioned actor and businessman Roberto Palazuelos had to resign from the Citizen Movement candidacy due to the dissemination of some statements in which he confessed to having participated in the murder of two people. That force then chose to nominate José Luis Pech, who until last February was a senator for Morena. López Obrador’s party presented a woman, Mara Lezama, and the former mayor of Benito Juárez, the municipality where Cancún is located, comfortably dominated the campaign. The same thing happened in Oaxaca with the official Salomón Jara and after the initial tensions due to the exclusion of Senator Susana Harp from the selection process. More difficulties have been faced by the candidate from Aguascalientes, Nora Ruvalcaba, and, in the final stretch, also the one from Durango, Marina Vitela.

On Monday, whatever happens, López Obrador’s six-year term will also enter a new phase. After these elections there will only be two appointments with the polls in 2023, in the State of Mexico and in Coahuila, before the next presidential elections. All the lights are already focused on the president’s succession and all the favorites turned to this campaign. Claudia Sheinbaum, head of the Government of Mexico City, did it, the candidate who most needs to promote a national image outside the capital. And so did the Secretary of Foreign Affairs, Marcelo Ebrard, and veteran Senator Ricardo Monreal, who decided to travel to Hidalgo, Oaxaca, and Tamaulipas for the closing of the campaign. They were joined by the Secretary of the Interior, Adán Augusto López, considered the covered of the president despite his scant public projection.

Also Read  Chronology of the loss of life of Mónica Citlalli, the English instructor who by no means left her boyfriend's space | America Print

The scene has been repeated, very similar, in different acts in recent weekends. All have been received by Morena supporters shouting “president” or “president”. The campaign is a scenario that tests their ability to mobilize and, at the same time, gives them the opportunity to capitalize on a likely victory, something especially important for the head of government and the chancellor. Both, for the political scientist and UNAM professor Khemvirg Puente, embody “the game of the two great sides in Morena.” On the one hand, “the faction of the self-proclaimed pure, those of the left, of the social movements that see in the figure of the head of government a possible leftist candidate who gives continuity to the project.”

However, all, pure or pragmatic, also begin to face the disqualifications of a sector of the militancy. Monreal recalls that “right now there was a truce for the six states”, but the climate is on the way to getting complicated in the coming months with a series of already visible pulses: due to the leading role of some applicants, due to “the favoritism” that others lament, due to the internal selection mechanism, the clarity of the rules of the game and the management of the game by Mario Delgado himself. The positive thing for Morena is that in front, in the opposition ranks, there may be less internal tension for now, but that happens because the PRI, the PAN and the PRD have not yet managed to recover from the 2018 defeat and continue without leadership. Sure. Thus, the bulk of the public conversation, for better and for worse, revolves around the Fourth Transformation.

Previous article
California: The California Exception: How America’s Most Populous State Managed to Reduce Gun Violence | International | The USA Print
Next article
Musk rectifies after threatening to fire 10% of the Tesla workforce | Economy | The USA Print