Mediterranean diet: You think you eat healthy, but the data shows that you are not | nourish with science | The USA Print 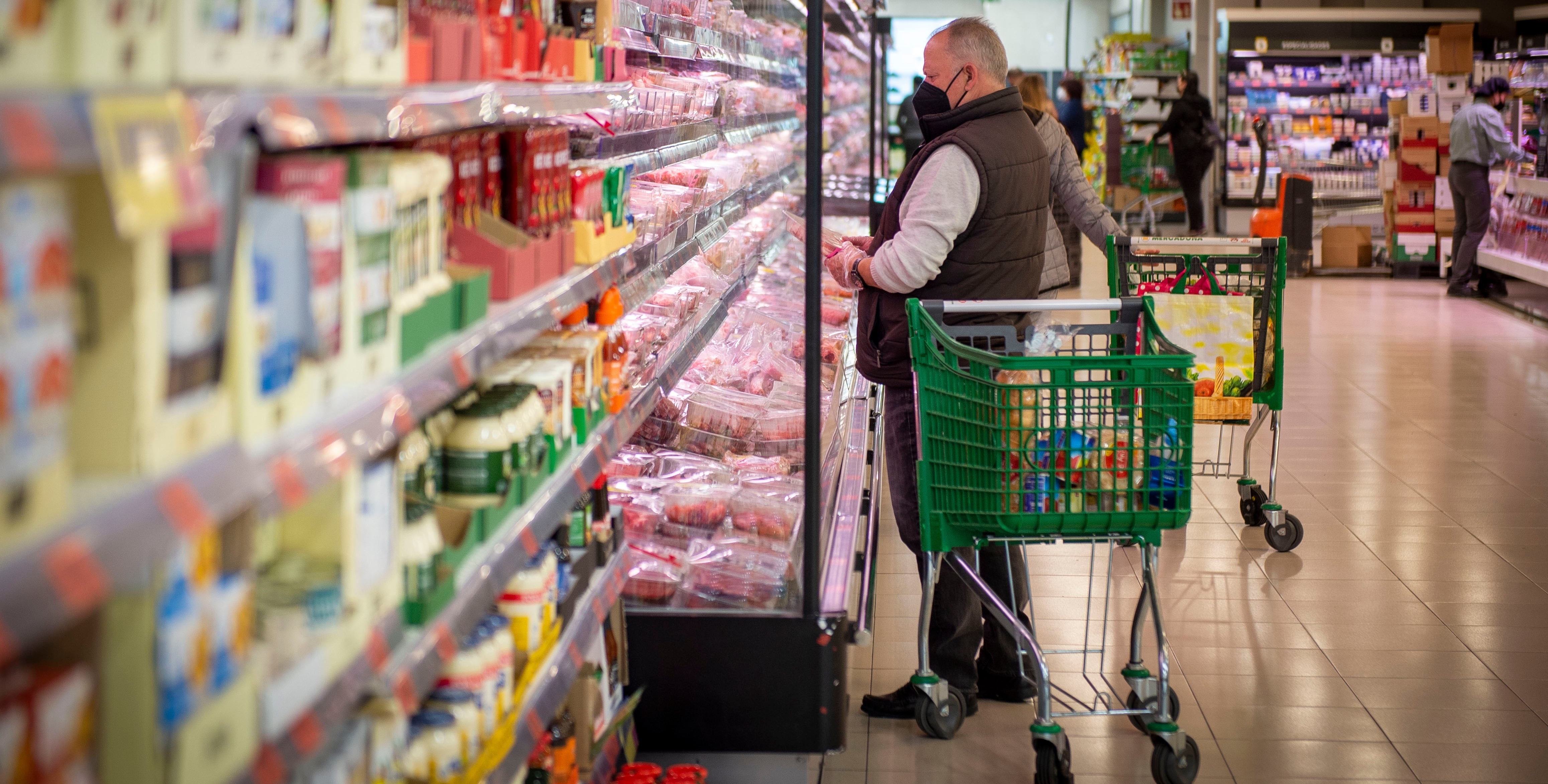 – What is a healthy diet?

– That eating pattern that helps maintain health, improve it and prevent disease.

– And, how can you check if a diet, of the many there are, is healthy or not?

– With scientific evidence. A lot. Through the studies of Nutritional Epidemiology.

– Yeah… And, currently, is there any such well-supported diet?

– The Mediterranean. No other has so much scientific evidence.

This last sentence could have been pronounced, proudly and calmly, by 81% of the Spanish population. According to the Eurobarometer, no less than 81% of Spaniards believe that they eat in a way healthy either very healthy. But, what happens when you subject them to an exam with questions that go straight to the point? They get a 6.3. Be careful, not about 10, but about 14. The most important essay on the Mediterranean diet (PREDIMED) defined it with 14 very simple points, which allow anyone to evaluate themselves. Our compatriots, who think they comply so well, massively fail the examination of the Mediterranean diet.

There are enough reasons to make known those 14 points of a diet in which our liquid gold, olive oil, is the keystone of the arch. I list them, but posing only the questions. The Web predimed.es provides the correct answers.

To begin with, the first question would be whether olive oil is used as the main cooking fat (1). Several questions follow about the amounts consumed per day of: olive oil (2), vegetables (3), pieces of fruit (4), red meat, hamburgers, sausages or cured meats (5), butter, margarine or cream ( 6) and carbonated and/or sugary drinks, such as soft drinks, colas, tonics (7). As was imaginable, these last 3 questions will score better with low consumption. Finally, a few other questions about weekly amounts of: wine (8), legumes (9), fish-shellfish (10), nuts (11), whether there is a preferential consumption of chicken, turkey or rabbit meat instead of beef, pork, hamburgers or sausages (12), how many times vegetables, pasta, rice or other dishes are seasoned with sofrito (13) and how low is the consumption of non-homemade commercial pastries such as cookies, custards, sweets or cakes ( 14).

There are fourteen items. They seem simple. But they have only been validated after thorough studies with many thousands of participants, where their biological, chemical, nutritional, lifestyle and disease occurrence variables were collected, after a long follow-up period. All of this has then been subjected to a demanding filter of complex statistical models, including machine learning.

The note obtained is not trivial. It will have an enormous impact both on the health of current people and on the health of the planet and its future inhabitants. It is not only of interest to people like me, who are doctors, nutrition researchers and lovers of nature and healthy lifestyles, but it seems that it matters a lot even to the Vatican itself. Specifically to the Pontifical Academy of Sciences, which on May 3 and 4 brought together experts from around the world in Rome to delve into the Mediterranean diet and its flagship, which is olive oil.

Scientists from the universities of Harvard, Yale, California, Davis, Bonn, Florence, Athens, Navarra, etc., spent those days presenting scientific results that we had underway or had just concluded. The important figure of Walter Willett stood out, the researcher number one of the recent ranking of Top Medicine Scientists in the world. Or his successor in Harvard Nutrition, Frank Hu. The smiling Cardinal Dean Giovanni Battista Re welcomed us. And the intervention of the president of the Academy, Joachim Von Braun, from the University of Bonn, was masterful. Of course, we have the presence of Ramón Estruch, coordinator for years of PREDIMED. Producers were also heard, including Teresa Pérez, manager of the Spanish Olive Oil Interprofessional. Intervened, from government agencies, Jaime Lillo, deputy director of the International Olive Council. And the vision of some famous people was also heard chefs. Highlighted Greg Drescher, director of the Culinary Institute of America. The enormous virtues of olive oil stood out from a variety of perspectives.

Also Read  Brooke Shields reveals that she was raped at the age of 20: “I didn't fight much. I froze” | People | The USA Print

One conclusion of this splendid symposium is that, in order to divulge such everyday matters as eating, not much, but a great deal of medical science is needed, with a solid and well-structured method in many dozens of immense observational and experimental studies. As for almost everything good, time, effort and a proactive and persevering attitude are needed. Thus, it is known that the Mediterranean diet —thanks largely to olive oil— reduces the risk of heart attacks, diabetes, breast, colorectal and other types of cancer, and inflammatory autoimmune diseases, such as rheumatoid arthritis.

It can also prevent depression, arrhythmias, cognitive decline, and dementias; and is capable of achieving an improvement in longevity… But, what is the use of scientists dedicating our lives, with great passion, to obtaining this scientific evidence that would improve people’s lives, or that the Vatican and other large institutions organize these symposiums, if then the perception of society is so distant from reality and the majority do not improve because they already believe that they do everything well?

It is worth comparing the current diet itself with that of Crete in the 50s and 60s of the last century, which is the authentic Mediterranean diet. That is what we try to collect in the 14 points. It is a necessary examination of conscience that will lead us to live longer… and better.

Miguel Angel Martinez-Gonzalez He is a professor of Preventive Medicine and Public Health at the University of Navarra and Harvard University, Principal Investigator of the CIBEROBN group and author of Health for sure and What do you eat?

NUTRITION WITH SCIENCE It is a section on food based on scientific evidence and the knowledge contrasted by specialists. Eating is much more than a pleasure and a necessity: diet and eating habits are now the public health factor that can most help us prevent many diseases, from many types of cancer to diabetes. A team of dietitians-nutritionists will help us to better understand the importance of food and, thanks to science, to break down the myths that lead us to eat poorly.