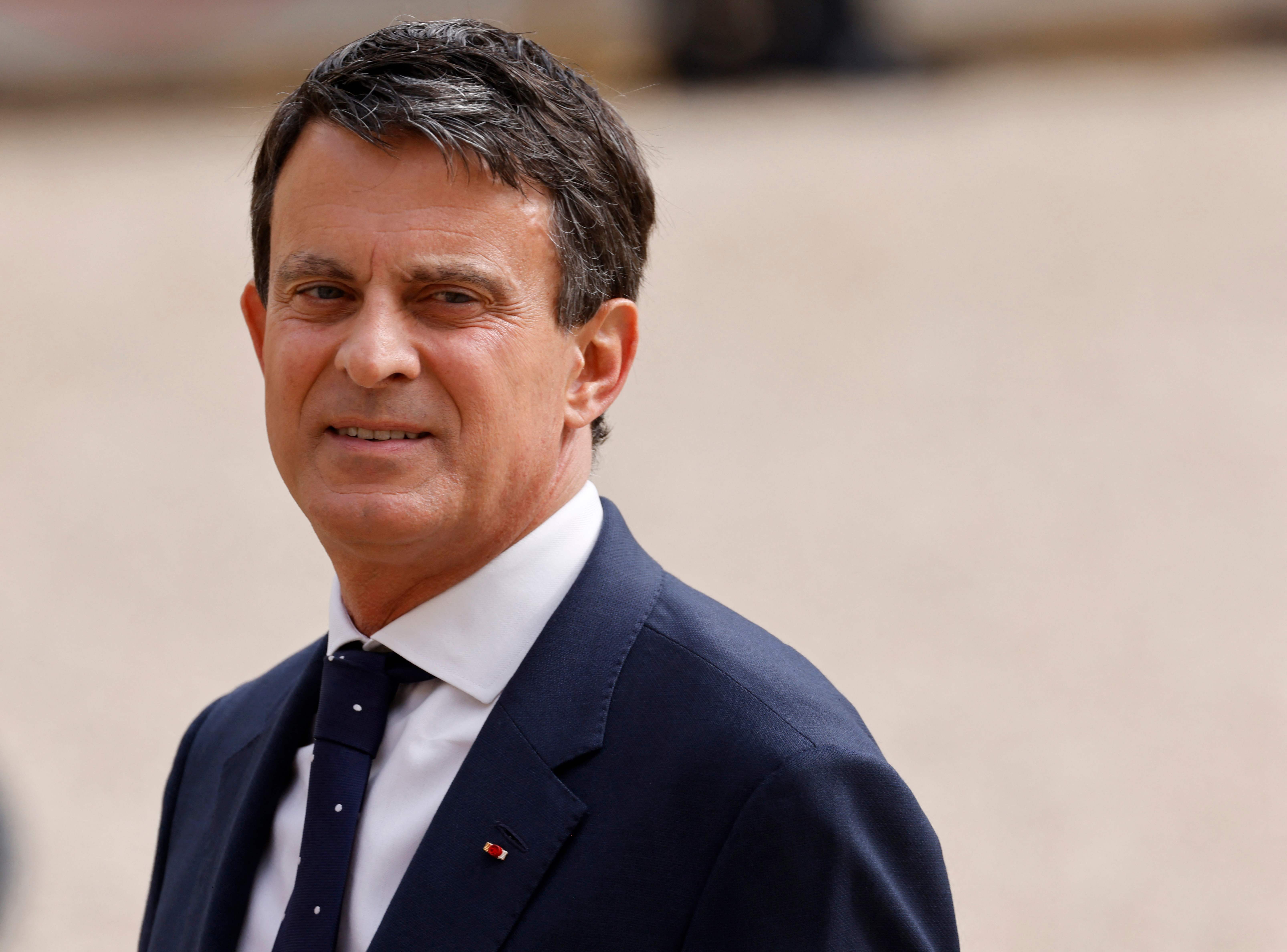 The return of Manuel Valls to French politics has been frustrated. The former prime minister of the socialist François Hollande has failed to qualify for the second round of the legislative elections, the door he had found to return to French politics after his also frustrated career in Catalonia in 2019. The politician of Spanish origin was defeated on Sunday in the battle for the seat for the French constituency in Spain, Portugal, Andorra and Monaco, to which he aspired as a candidate on the list of French President Emmanuel Macron. Although the first round of elections to set up the French National Assembly will take place next Sunday, French residents abroad were called to the polls this weekend.

Valls himself acknowledged his defeat even before the results were made official, on Sunday night, which indicated that the former prime minister was third (and, therefore, eliminated for the second round) with 4,024 votes (15.85 %). Valls was imposed on the dissident Macronist deputy Stéphane Vojetta (25.39%), separated by Macron’s party to make room for Valls, and, in the lead, the candidate for the left-wing alliance New Popular, Ecological and Social Union (Nupes ), Renaud Le Berre, with 27.24% of the vote.

“I accept the results (…) Although the dissidence and the division have caused confusion, I cannot ignore my result and the fact that my candidacy did not convince,” he said in several messages on Twitter. “Clucidly, I must draw consequences (from the result). Life is beautiful enough to know how to turn the page calmly, ”she added.

Shortly after, he deleted his account on the social network, which was still inaccessible on Monday. He has also refused to make statements to EL PAÍS.

His defeat has been openly celebrated by Nupes. The leader of France Insumisa, Jean-Luc Mélenchon, architect of Nupes, launched a message on the same social network celebrating the defeat of the former socialist prime minister. “Thanks to the French abroad who have put us in the lead in Spain and Portugal. Manuel Valls eliminated in the first round,” tweeted Mélenchon, who accompanied his message with a photo of deputies from his party in the National Assembly carrying banners with the message “Bon, debarras” (something like a “see you never”) published also by other Melenchonist deputies. The mayor of Grenoble, the environmentalist Éric Piolle, for his part launched a “goodbye, Manuel Valls” in Spanish, accusing the socialist politician of “treason” and calling for a vote in favor of Nupes in the next round.

The head of the Macronist deputies, Christophe Castaner, lamented on Monday “the violence of the reactions, especially that of Jean-Luc Mélenchon.” According to the also former socialist, “politics is lowered with this type of behavior. The seed of violence is to have reactions as brutal” as Mélenchon’s, he warned. For his part, the Minister for Transformation and Public Administration, Stanislas Guerini, welcomed Valls’s “political courage and willingness to serve the country at any cost”. “You have to have a lot of courage to go to an election, not everyone does it. Even those who want to be prime minister”, he said on the Franceinfo radio station in a dart against Mélenchon, that he aspires to be prime minister if his alliance achieves a legislative majority, but that he is not running as a candidate for deputy. Macronismo, and the polls, have identified the Nupes alliance as its main rival in the legislative elections on Sunday the 12th and 19th. The vote of the French abroad has confirmed this perspective: except for Valls, the Macronist candidates came out on top in most of the 11 constituencies outside metropolitan France. In nine of them, they will have to face a candidate from Nupes in the second round.

With this new defeat, the political path of Valls in France seems, at least for the moment, closed. The downhill of the former prime minister of the socialist president Hollande began when, in 2017, he failed to win the candidacy for the French presidency for the Socialist Party, in which he was a member of four decades. After that defeat in favor of Benoît Hamon, Valls called for a vote for the then rookie Macron, outraging his left-wing colleagues, while the gesture was of no use to the new team in power, which ignored his wishes to join the macronist training. In the legislative elections of that year, he presented himself freely and acted as an independent deputy, although attached to the presidential majority. It didn’t last long.

In 2018, Valls, son of the Barcelonan figurative painter Xavier Valls and the Swiss-Italian Luisa Galfetti, turned his gaze to his hometown, Barcelona. In 2019, after abandoning his act as a French deputy, he presented himself to the Barcelona mayor’s office at the head of a list that had the support of Ciudadanos. He failed receiving only 13% of the vote. His decision to support the re-election of Ada Colau “to frustrate the independence movement’s access to the Barcelona mayor’s office,” as he said at the time, caused a break with the party then led by Albert Rivera. The Catalan adventure did not last long either: he served as a councilor for only three years before announcing, in 2021, his return to Paris. “I miss France. it haunts me It mortifies me. I need it to close the adventure ”, he justified in his last book, Pas une goutte de sang français (Not a drop of French blood), published earlier that year in France. The new defeat seems to close his political adventure sooner than expected.