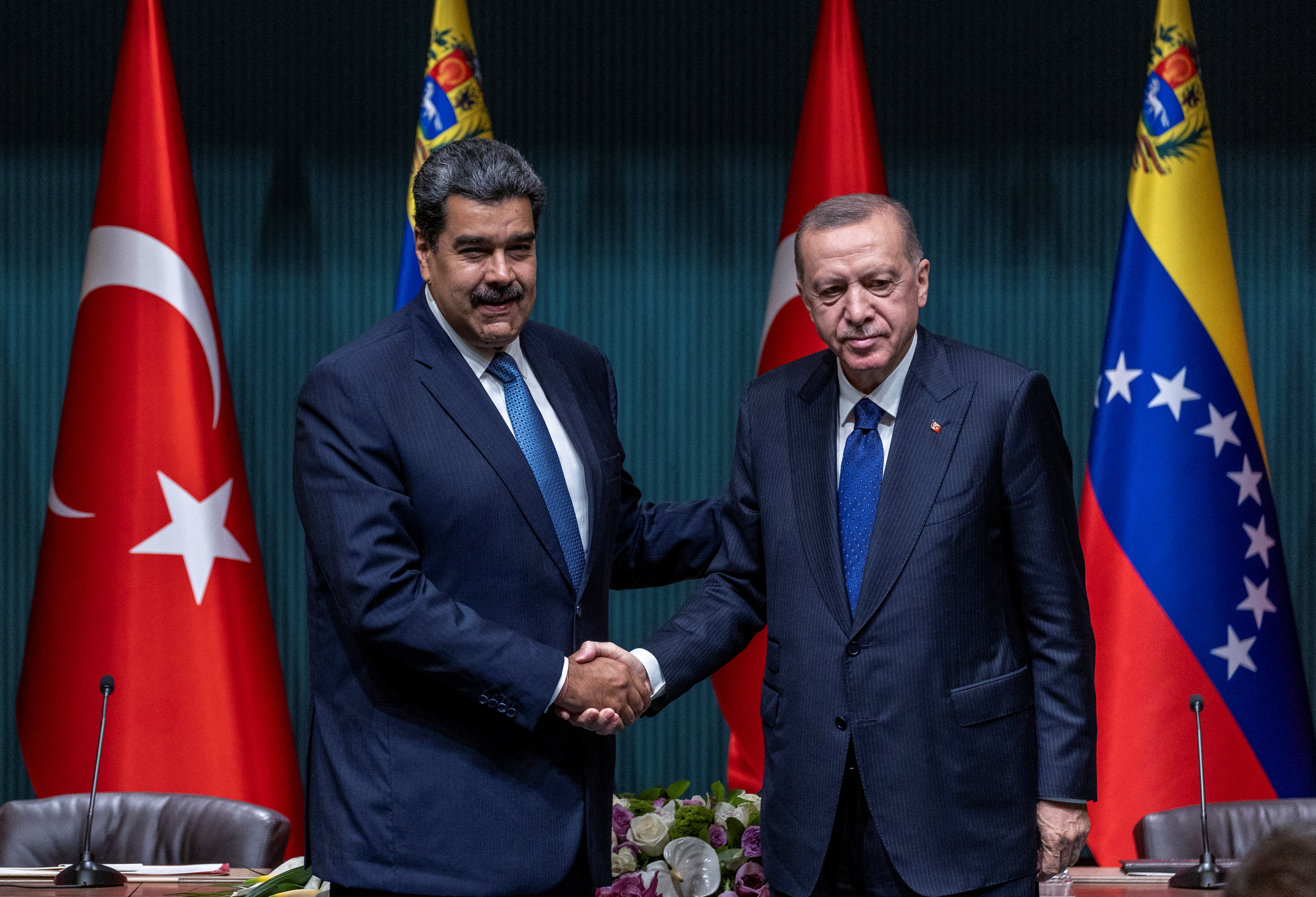 The president of Venezuela, Nicolás Maduro, called on Wednesday for Turkish businessmen to invest in “tourism, energy, gold and coal mines, industry and banking” in Venezuela, for which he offered ” legal and economic guarantees. He did so from the Bestepe Palace, in Ankara, where he has met with his Turkish counterpart, Recep Tayyip Erdogan, with whom he has a close friendship since his time as Foreign Minister of Hugo Chávez.

“Venezuela is like the phoenix, it has risen from the ashes […]. Venezuela is beginning to recover, after suffering torture, threats, blockades, sanctions… Venezuela is rising again and we are beginning a path of recovery”, affirmed the Venezuelan president in his grandiloquent style, pointing out that, precisely because Therefore, now is the time to invest in the country’s economy.

In an interview with the official Turkish news agency, Anadolu, published this Wednesday, he also stressed that the growth of the Latin American country (10% in the first quarter) and the slowdown in hyperinflation mean that Venezuela could become “the port of arrival of the products of the great industry of Turkey to Latin America and the Caribbean”. Precisely, in the uncontrolled rise in prices, both countries have points in common. Although in Venezuela, according to data from the Central Bank, inflation has been reduced from 3,000% reached during the pandemic to 222% in April; in Turkey it has increased to 73.5%, according to official Turkish data, although independent calculations place it above 160%.

During the press conference after the meeting, both leaders exchanged words of gratitude for the support that one government has given the other, especially in the face of what they describe as “coup d’état” attempts. Erdogan expressed his opposition “to the unilateral sanctions” imposed against Venezuela and announced a visit to Caracas for next July. Maduro, for his part, underlined his country’s interest in strengthening relations with Turkey: “One of the emerging powers, with great potential for a multipolar world.”

In the heat of understanding between the two leaders, trade relations between the two countries have also increased and exchanges reached 858 million dollars in 2021, a figure that is expected to double this year, since the level of the year has already been exceeded previous. Turkey is the tenth destination for Venezuelan exports and mainly buys scrap metal, gold and coal. It is also a relevant importing country for Venezuela (fifth), to which it sells mainly flour, pasta and other processed foods.

The Turkish president once again reiterated his veto against the entry of Sweden and Finland into NATO, countries he accuses of protecting sympathizers of the Kurdish armed group PKK, included in the list of terrorist organizations of Turkey, the European Union and the United States. . “As long as the terrorists remain in Parliament, the posters of the terrorists continue to be displayed on its streets; As long as they do it with the protection of the police, and on state television there is space for the declarations of the terrorists, we are not going to invite them to NATO. The same [vale] for Finland,” Erdogan said.

The Islamist president was referring to the concessions made by the Swedish government to the parliamentarian of Kurdish-Iranian origin Amineh Kakabaveh, close to the PKK positions. The Swedish Justice Minister of the center-left coalition government saved a no-confidence motion on Tuesday thanks to the abstention of Kakabaveh, who is an independent deputy after being expelled from the Left Party. In exchange for not voting against the government, Kakabaveh demanded that the Swedish Executive not modify her position of support for the YPG Kurdish-Syrian militias, closely linked to the PKK, which makes Stockholm’s candidacy for the Atlantic Alliance even more difficult.