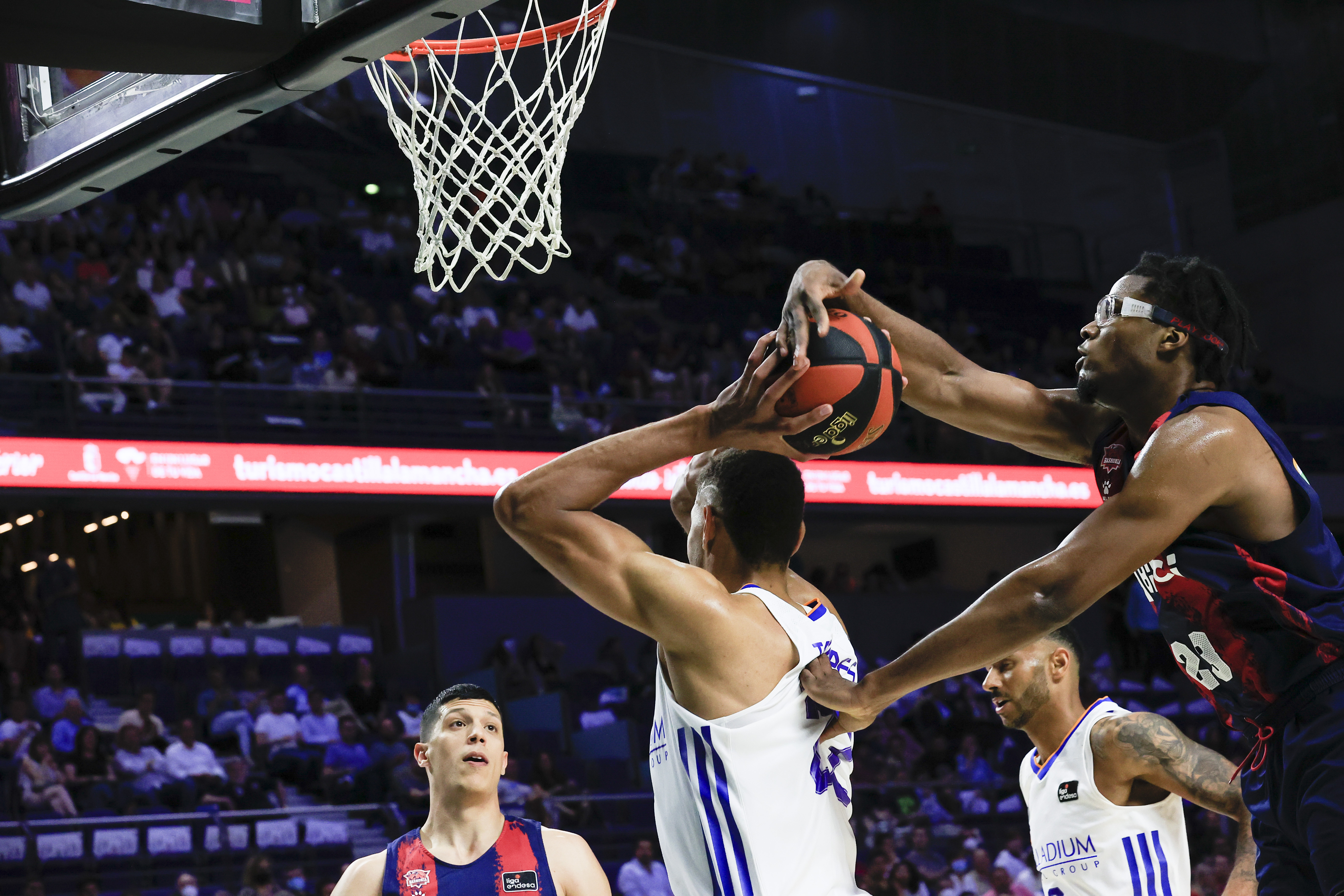 Real Madrid is caught with tweezers; without reference bases; with Hanga, who acts as such, with two fouls in the first few minutes; with Llul, after three triples, running to the locker room clutching his groin and calling the physio. With Poirier on the exercise bike and Pablo Laso making that characteristic gesture of the man from Vitoria, grabbing the knot of his tie with his right hand whenever he seems worried, and looking for solutions among the young people. Enter Núñez, who is not yet of legal age –for one day– to lead the team. And despite everything, Madrid did not break down against a Baskonia that alludes to fatigue, to the intensity of the third game in Valencia to justify its ups and downs. The first assault is white.

But not. It is not fatigue that defeats Baskonia, but the spirit of Real Madrid, which apart from a prodigious wardrobe, does not shy away from difficulties. Laso lacks bases and the players improvise on the pitch. First it is Llul, despite his inconvenience, the one who gives the callus while he endures the pain. He leaves, returns to the bench and then puts on his tracksuit so as not to take it off. Then Rudy appears to take over in the triple shots and in the moral leadership of the team, which also, of course, needs the 17 rebounds of Tavares or the accuracy of Yabusele.

When Baskonia approaches, a solid team is felt, with Peters and Costello in tune, and irons out the differences in the light, Pablo Laso appears, touching the knot of his tie again, putting on the face of an ogre and throwing starry anger at his players , which make them react. But it is true that the Real is touched, without being able to compose a canonical team, but only assemble a meccano, but, of course, made of very valuable pieces. Baskonia runs when they can and in those moments Madrid suffers, which also loses control of the rebound, but is not daunted.

When the Madrid team is at its worst, they don’t let go, far from it. Finish the first part and win. By two points, within the maximum equality, but he wins, and that advantage on the scoreboard is like a sign that they can go further if they do things well.

The coaches talk about not making mistakes in the second half. The speech of the two is identical, but only Real Madrid applies the story, because if the white players go out of the script, Laso appears again, with that subtle touch of the tie, that angry face, that anger to Poirier, who goes to the bench to answer. And in five minutes of the second half, Baskonia breaks down in a catastrophic, or stratospheric, start, seen from the local side, because a 17-0 run against the Vitorians, and with Real Madfid scoring everything and everyone colors, it is difficult to lift.

So Baskonia gave up, despite some occasional blow, which forced Laso to look again with a gesture of fury, to touch his tie. He does not want carelessness, although he reluctantly admits the final relaxation of his team, and the last effort of the Baskonistas who make up the score in the final minutes, when Spahija is already silent on the bench, to end up losing only by ten points, even knowing long before defeat was inevitable. With Rudy, Tavares, Yabusele or Causeur inspired, Real Madrid can now play without bases, which is unstoppable. It was enough for him to just find a loophole, a hint of doubt at the beginning of the second half, to win the first game of the series.