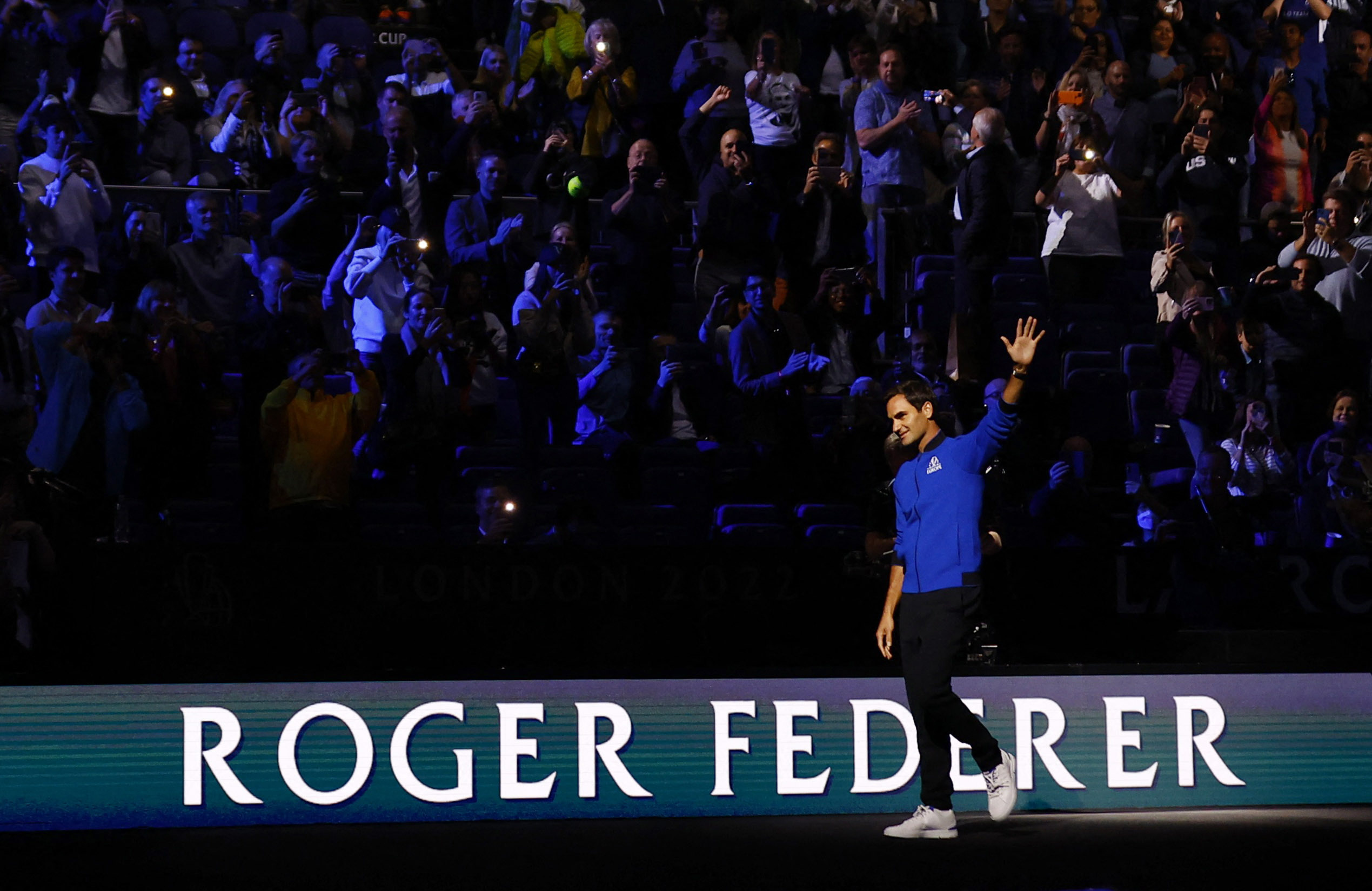 Roger Federer bids farewell to tennis tonight (around 10 pm, Eurosport) in the doubles match he plays alongside Rafael Nadal at the O2 in London, with Americans Jack Sock and Frances Tiafoe as rivals. The 41-year-old Swiss closes his career after 24 years as a professional and after achieving a very long list of distinctions, although his legacy goes far beyond figures and records. Above all, the Swiss leaves as a player with a unique, recognizable and inimitable style. Farewell to him, joined by Serena Williams recently, describes the end of an era.

For goodbye, Federer has chosen London, a capital city in his successes, and the setting for the Laver Cup, the competition he founded five years ago with the help of his agent and a couple of partners. This Friday the match between Casper Ruud and Jack Sock (6-4, 5-7 and 10-7 in favor of the Norwegian) kicked off the tournament, and then Stefanos Tsitsipas defeated Diego Schwartzman (6-2 and 6-1), so the European team – champion in the four editions – once again imposes its superiority. However, the intervention of Nadal and Federer concentrates all the attention and the rest is reduced to mere dressing.

The Spanish tennis player (36 years old) wanted to be at the side of his friend and great rival in his farewell, officially announced last Thursday. Then, Federer announced that the Laver Cup would be the last tournament he would play since he has not fully recovered from an injury to his right knee. The Swiss has undergone surgery three times and has not competed since July 7 last year, when Pole Hubert Hurkacz defeated him in the Wimbledon quarterfinals. From there, a hard stay in the reserve and a vain attempt to get back on the train.

Federer hangs up his racket with 20 majors and 103 titles in his showcases, expressed in the 1,251 wins he has signed, for only 275 losses. He has defended number one for 310 weeks, 237 of them consecutively. In any case, beyond the recognitions and awards he leaves a huge mark, already included among the elect of tennis and also of the history of sport. Regardless of the results, the impact of it is superior, flag of a record without comparison. He leaves, a genius leaves. He ends a way to play and compete, available only to a superlative talent.

At the time of goodbye, the London fan has turned. On Thursday, long lines formed to witness the training with the rest of the members of the European team, and the scene has multiplied this Friday, September 23, the date of the epilogue. Crowded stands and eddies in the circular galleries of the O2, scene of an unprecedented meeting: for the first time, he, Nadal, Novak Djokovic and Andy Murray, the great modern racket quartet, will parade together on the court. It had not happened until today, but the exception well deserves it: an unparalleled artist says goodbye.

Liam Payne: fans were angry with the singer for speaking ill of ex-members of One...

Ledicia Costas: “My formula is to write eight or 10 hours a day, if anyone...

For the first time in 33 years, no one will commemorate the anniversary of the...