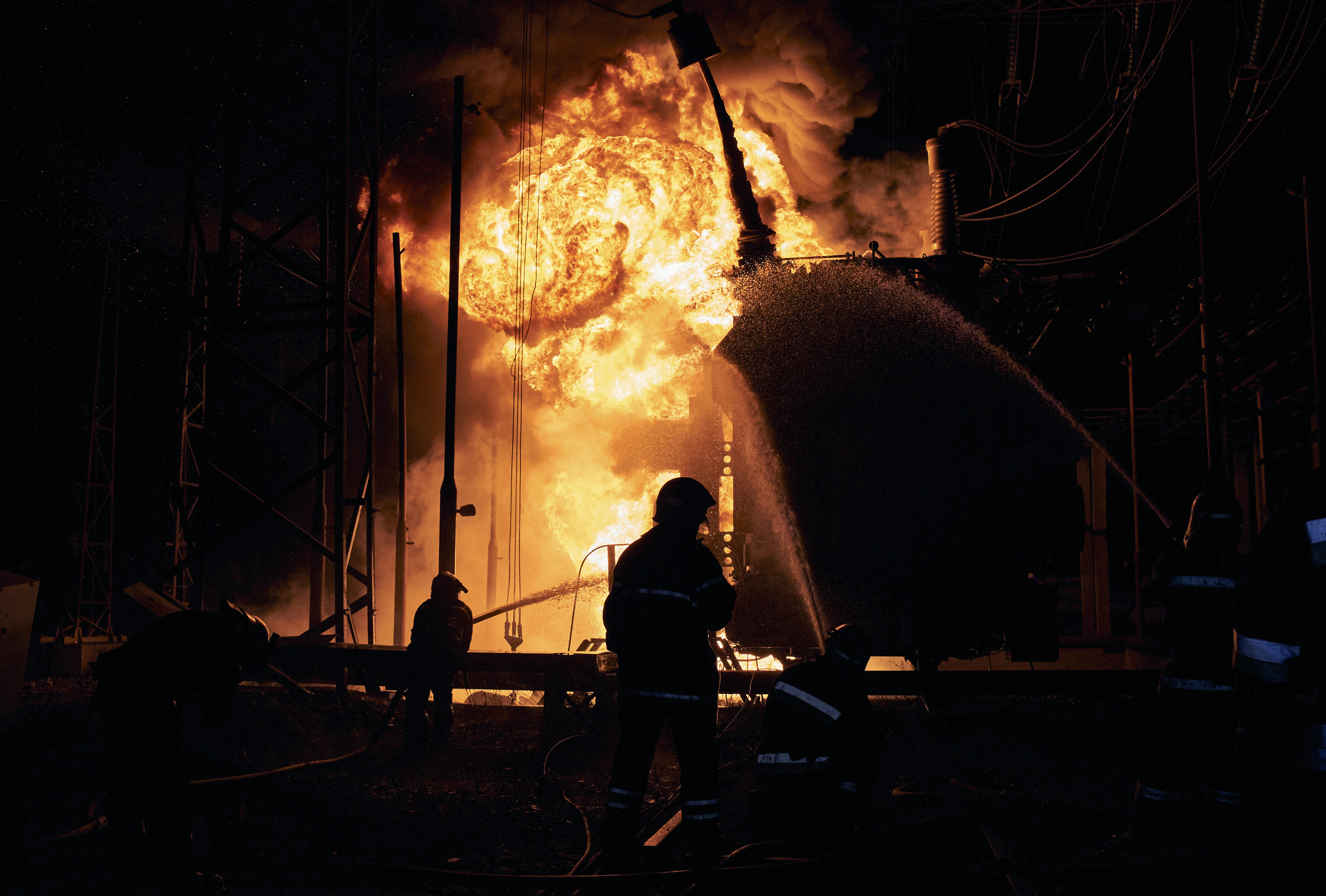 Putin warns Macron of the danger of catastrophe in Zaporizhia

The president of France, Emmanuel Macron, and that of Russia, Vladimir Putin, held a new telephone conversation this Sunday, in which they discussed the risk posed by the fighting around the Zaporizhia nuclear power plant. As reported by the Kremlin, both have expressed their willingness to “a non-political interaction” on the plant, in which the International Atomic Energy Agency (IAEA), dependent on the UN, participates.

According to the note made public by the Russian government, Putin has warned Macron of the “catastrophic consequences” that the attacks on the nuclear plant, the largest in Europe, for which Russia and Ukraine blame each other, could have. The plant is operated by Ukrainian technicians, but it is in the hands of the occupying Russia, which maintains troops in the huge compound of the installation, next to the Dnipro river. Putin has informed Macron of “regular Ukrainian attacks on points of the plant, including the radioactive waste deposit”. In this sense, he has insisted on the need to “influence the kyiv authorities to immediately cease the bombing.”

In a “detailed and sincere” exchange at the initiative of Macron, Putin has also explained the stoppage of the last reactor that remained in operation at the facility so that it would not be damaged by the attacks and has informed him “about the measures taken by the specialists Russians to ensure the physical protection of the station.

“The readiness of both parties to maintain non-politicized interaction regarding the nuclear power plant with the participation of the International Atomic Energy Agency (IAEA) was expressed,” the Kremlin added, without giving further details. A mission from the agency visited the plant last week and two of its inspectors have remained there ever since. Macron will continue to be in contact with the Ukrainian president, Volodímir Zelenski, with the director of the IAEA, Rafael Grossi and with Putin himself, to try to reach an agreement on Zaporizhia.

Macron, for his part, urged Putin on “the need to ensure the security of the plant” and recalled that “the cause of the risks” that affect the facility is “the Russian occupation,” the Elysee said in a release. For this reason, the French president “requested that the Russian forces withdraw their heavy and light weapons and that the IAEA recommendations be followed to guarantee the security of the area.”

Putin took the opportunity to denounce that the Ukrainian Army uses the weapons supplied by the West to “massively bomb the civil infrastructure of the cities of the Donbas region, as a result of which civilians suffer.” The leaders also discussed global food security and agreed that grain exported from Black Sea ports should be sent to developing countries. The Russian president insisted on the need for the European Commission not to put obstacles to the export of Russian agricultural products and fertilizers to the markets of Africa, the Middle East and Latin America. Macron replied that European sanctions “do not apply to agricultural products or those necessary for agriculture.”

Putin and Macron have maintained an open channel of communication despite international condemnation, including the French, of the invasion of Ukraine on February 24. Macron has defended maintaining this path of dialogue, although so far it has not served to achieve any progress towards the peace negotiations table.