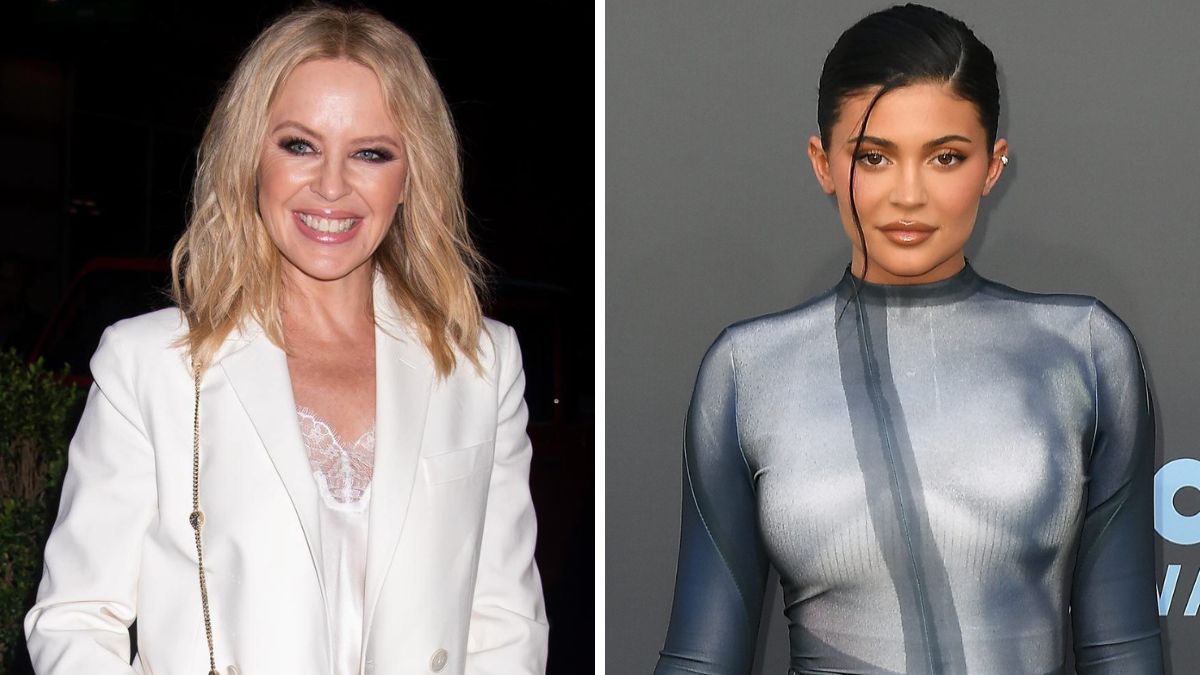 Nothing personal, just business. Kylie Minogue has spoken for the first time about the confrontation that she has with another Kylie, Jenner, precisely because of her name. In an interview on the American program Watch What Happens Live, The Australian singer, 54, said her legal fight with Jenner, 24, over ownership of the Kylie cosmetics brand was “just a matter of business.”

“I’ve spent my life building and protecting my brand, so I think I did what I had to do,” he added to questions from viewers about the litigation that the young businesswoman faced in 2015. It was a year earlier when Jenner, the little sister of the Kardashian clan, wanted to make the leap from the reality to cosmetics and called her makeup brand by her first name. The singer’s representatives then began a legal battle to defend that there is only one Kylie. And that’s the interpreter of hits like I can’t get you out of my head.

Jenner is “just a TV character,” they went so far as to say in their lawsuit, while describing Minogue as a “renowned international artist, caring, and cancer activist known to the world simply as Kylie.” The patent office agreed with the singer.

Minogue did not speak so crudely in her television intervention. She simply said that they reached an agreement and commented on how strange the coincidence seemed to her at the time. “I think I’ve only ever met one person older than me who was named Kylie, so it’s kind of weird,” she noted. Things have changed a lot since then. According to the INE, in Spain there are over a hundred registered girls with that name. The average age is six years old and none of them, that is known, is going to launch a lipstick brand.

Also Read  The 'clonazepam challenge': a TikTok challenge causes the poisoning of eight minors in schools in Mexico | The USA Print

Since the justice determined that Minogue was the legitimate owner of the Kylie brand, the singer has taken advantage of her name. She has a range of lingerie, a perfume and a clothing line named after her. She even emulated her namesake by throwing out a makeup set. According to some reports, the Kylie brand accumulates a fortune of 55 million pounds, just over 60 million euros.

Jenner hasn’t just had to change her brand name lately. She has also changed the name of his second son, whom she registered with the name of Wolf (wolf in Spanish). Just a month later, she announced on her Instagram account that she and her partner, rapper Travis Scott, had changed their minds. “Our son’s name is no longer Wolf,” she pointed out, dressing the announcement with emoticons. “We just didn’t feel like it hit him.”

Regarding its brand, the name change (which went from being called Kylie to Kylie Cosmetics) has not seemed to affect the business. According to the magazine Forbes, the little one of the Kardashians was the famous one who entered the most money in 2020, generating 590 million dollars (about 483 million euros) that year. Jenner is the only woman to appear in the top 10, and the youngest of them all.