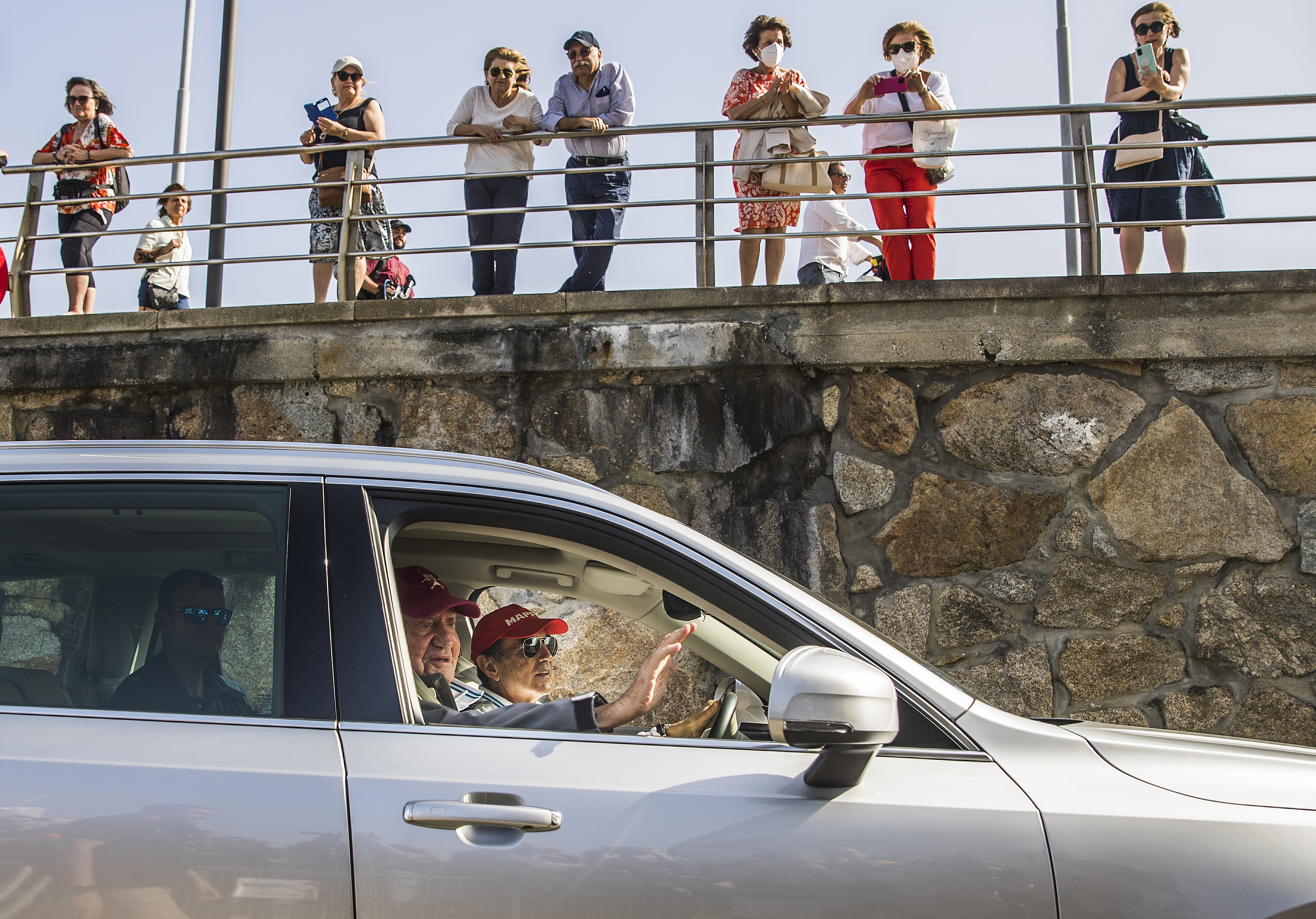 Juan Carlos I has decided to postpone for “strictly private” reasons the second visit he intended to make to Spain from June 10 to participate in the regattas in the Pontevedra town of Sanxenxo, as explained by his friend Pedro Campos. During his first trip to Spain after almost two years in Abu Dhabi, which took place from May 19 to 23, the king emeritus informed those around him that he would return to Sanxenxo to participate in the regatta scheduled for this weekend, which takes the name of King Juan Carlos, and in the world championship that will be held from June 14 to 18, where the boat he captains, the Rascalaspires to revalidate the title won in the last two editions.

However, Don Juan Carlos has backtracked and will not travel to Spain, which he justifies on “strictly private reasons”, according to Campos, patron of the Rascal and in whose house in the Galician municipality the emeritus stayed the four days he was in May. Other sources in the environment attribute his change of plans to the fact that this new trip was not well seen by the Palacio de la Zarzuela or by the Government. “He wanted to come to participate again in the World Cup and defend the title, but they haven’t let him,” remark these sources, who do not rule out that Don Juan Carlos’s next trip to Spain will take place after the summer. The return of Juan Carlos I to Spain in May caused discomfort in the Government due to how the visit unfolded, which was surrounded by great media expectation.

The Executive also criticized his refusal to explain and apologize for the conduct he had in recent years when handling money abroad behind the back of the Treasury. “Explanations of what?”, Was the answer that the emeritus gave to the press when asked in Sanxenxo if he planned to render accounts. After spending four days staying at Casa de Campos and sailing in one of the regattas with the Rascal, his stay concluded with the meeting between Felipe VI and his father at the Palacio de la Zarzuela, which was followed by a family lunch. In the statement provided by the Casa del Rey, it was stated that Don Juan Carlos and his son had a “wide” conversation about “family issues and different events and their consequences in Spanish society” since he decided to go to Abu Dhabi, without giving more details of the content discussed during the meeting.

The mayor of Sanxenxo, Telmo Martín, was the one who confirmed that he would be in the Galician town to take part in the previous regatta this weekend and in the World Cup: “The next match starts on June 10. We will all be prepared to receive him as he deserves”. Campos also took his new trip for granted and that he would spend the night in his chalet again. As pointed out by the patron Rascalthe wish of Don Juan Carlos was to compete in some of the world championship regattas in the six meter category, to revalidate the title won in the last two editions, in Canada, in 2017, and in Finland, in 2019. The Casa del Rey has pointed out that he does not intend to provide more information about the plans of the emeritus about his visits to Spain, considering that it is a private activity.

At the wish of don Juan Carlos, La Zarzuela did announce the dates of its first trip to Spain one day after the mayor of Sanxenxo confirmed it. The return of the emeritus to Spain took place after the Supreme Court Prosecutor’s Office closed the open investigations against him on March 2 for having prescribed the facts or having happened before 2014, when he was protected by inviolability as head of State. These two circumstances, together with the “insufficiency of incriminating evidence” in other cases and the fiscal adjustments carried out by Mr. Juan Carlos, led to the closure of the proceedings.

Previous article
Brad Pitt accuses Angelina Jolie of purposely damaging the reputation of her winery in France | People | The USA Print
Next article
Assassination of Orlando Jorge Mera, the guardian of the environment in the Dominican Republic | International | The USA Print