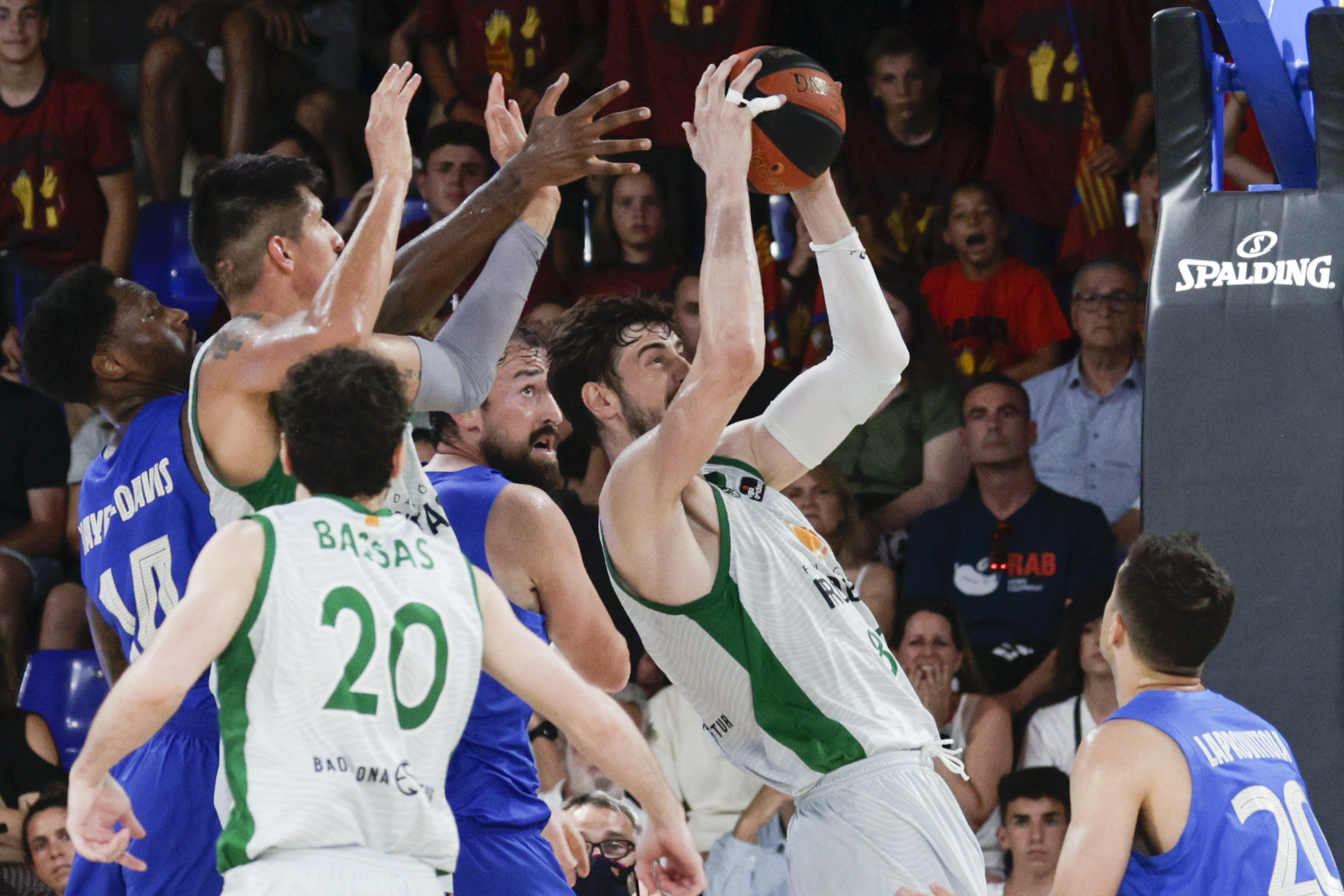 The cold statistics warn that when a team wins the first game of the semifinals of a play off, has a good chance of winning the tie, but then there is the reality, what happens on the pitch, and the attitude with which the teams go out to play each match. Joventut came out with a fierce predisposition, and a giant solidarity. They hadn’t won at the Palau since 2014 and they did it again at the right time to equalize the semifinal series against a Barcelona team that thought they could walk away.

Suddenly Ante Tomic appeared, Parra appeared, tireless defender, and Bassas appeared, who had not played a second in the first match and who gave a masterful lesson in the second. All spurred on by Carles Durán, the Penya coach, who sublimates soccer cholism transferred to basketball. If the Argentine coach turned game by game into a legend, Durán squeezed that maxim at the Palau, gave it a twist: “we go from room to room”, he said at half-time. “We have won the first two; we want to win the third”. And they won it, and overwhelmed Barça in ten fabulous minutes, and then they no longer needed to win the last one, because the rent allowed them to live until the end, and make Jasikevicius’ team bear the responsibility, which will have to sweat at the Olimpic from Badalona: “Now they come to our hell”, says the Joventut coach.

Where on Friday there was laziness, on Sunday morning the energy of Penya appeared, which from the beginning had its objective clear. “The difference was that this time we went out to win,” said Ante Tomic at the microphones of Vamos. So it was. The Croatian, who after a more than discreet performance in the first game, was applauded by the stands of the Palau after a magnificent performance, did not appear in the starting five. Duran wanted to change something. Barcelona did not feel comfortable at any time. He had a couple of streaks, but Joventut counteracted them by pressing harder on defense, causing losses. At the break, which was reached with an away advantage, the azulgrana team had committed 13, for only one of Joventut. Despite Barcelona’s overwhelming dominance in rebounding (20-12), the machine did not seem well oiled. Calathes’ direction didn’t work like it used to. The Greek born in Florida, always on top, was good in scoring, but lost six balls. Every time he stole the Joventut, he would run on the counterattack and make blood on the scoreboard.

Despite everything, Barça’s quality maintained its balance until the break, but the dam overflowed in the third quarter. The aggressive defense of Joventut, with Pau Ribas, Vives and Parra as the greatest exponents, despaired Barça. His men began to try solutions on their own, but faced with the collective feeling of the Badalona team, nobody found the remedy. Only in the last two minutes did they make up the scoreboard with desperate pressure when the ball came out of Joventut, which only resulted in the injury of Andrés Feliz, who went to the locker room with a sprained ankle with two seconds to go. The only visitor lament in the entire game.