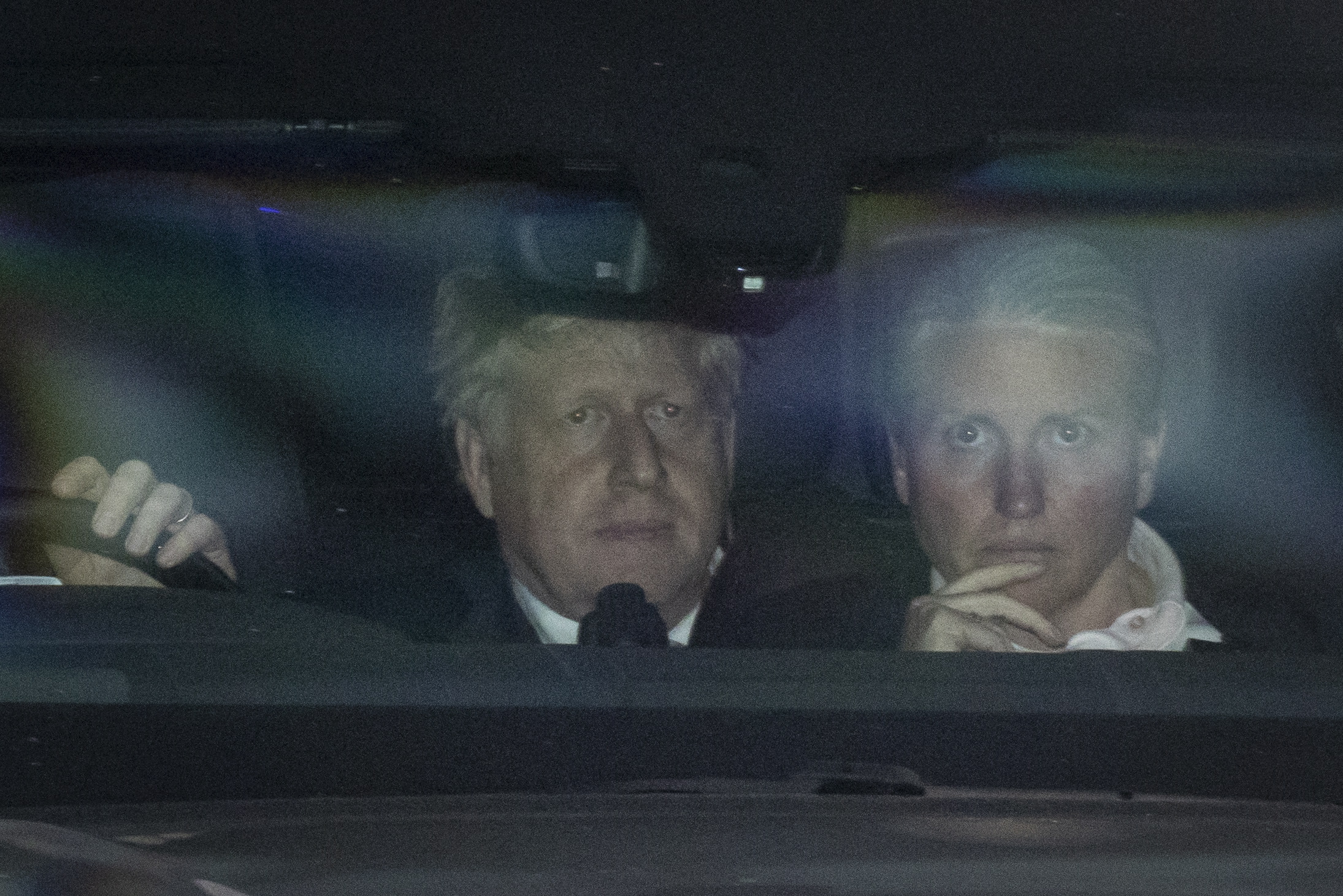 The great survivor of British politics, Boris Johnson, has managed to climb out of the hole once again. A majority of 211 deputies has voted against the motion of internal censure, compared to the 148 who have requested with their ballot that the prime minister be dismissed. Despite surviving, Monday’s vote shows that the head of government has 41.3% of his parliamentarians against, which is a severe political setback.

This last figure is much higher than that of the parliamentarians who voted against Johnson’s predecessor, Theresa May (37%) when the then prime minister also suffered her own internal rebellion due to Brexit. With that comparison, the conservative politician has a complex future ahead of him. Such a significant number of deputies against him takes away a lot of legitimacy from Johnson. Precedents are not good. Margaret Thatcher, John Major or May herself survived their own internal revolts, to resign shortly after. Or suffer, as was the case with Major, a spectacular defeat at the polls.

William Hague, former Foreign Secretary and leader of the Tories for four years: “The Conservative Party is an absolute monarchy, tempered by the practice of regicide.” In theory, deputies cannot request a new vote of internal censure within a year. But in the same way that May was warned that the rules can be changed, when she dreamed of moving forward in office, Johnson will be aware of his fragility.

Earlier this Monday, the president of the 1922 Committee, Graham Brady, announced that the threshold of 54 “confidence withdrawal letters” had been exceeded, 15% of the Conservative deputies, requesting Johnson’s resignation. In this way, the mechanism of the internal censure motion was activated, the threat that had hovered over the prime minister’s head since the Downing Street party scandal broke out during confinement.

The committee brings together the so-called backbenchers (literally, back-seat MPs), the majority of Conservative MPs who do not hold government office, and therefore have more loyalty to their constituents and their own political future than to Johnson. Brady earlier warned Johnson on Sunday of the storm brewing in a few hours, when Parliament resumes business.

The conservative politician who rode Brexit to lead his party to an overwhelming electoral victory in 2019 has thrown away all his popularity and support among citizens by repeatedly denying what the photos and various media reports presented as obvious parties, with alcohol, food and crowds of people far greater than those allowed by the rules of social distancing. The internal report prepared by senior official Sue Gray, number two in the Cabinet Office, was devastating. She pointed to a culture of alcohol, excess, and disrespect in government buildings. And she pointed to Johnson as the main person responsible for what happened. Shortly before, Scotland Yard had decided to fine Johnson, his wife Carrie and the Minister for the Economy, Rishi Sunak, along with dozens of members of the government team. Never in history had a prime minister been sanctioned for breaking the law during his term.

Also Read  Undecided and blank vote, the 5% that can decide the Brazilian election | International | The USA Print

“The Prime Minister welcomes the opportunity to make his case to MPs, and reminds them that only when we are united and focused on the issues that matter do we become a formidable political force,” said a Downing Street spokesman. The strategy was clear: a warning about the damage that the image of a party submerged once again in an internal war can cause.

Johnson has once again addressed his deputies at four in the afternoon (five, in Spanish peninsular time) to demand their support before the vote. Applause, pounding tables and kicking the ground (the rites of the House of Commons have a tavern point that aims to reflect the true debate of the street) have received a prime minister willing to fight until the last minute for his survival.

“Instead of diving back into a fiendish Groundhog Day debate about the benefits of belonging to the EU internal market, and again fighting issues that were settled two and a half years ago (…) we can move forward, united, because you know the incredible strength that this party is when it is united”, Johnson told his followers, according to the excerpt of the speech that SKYNews exclusively advanced. Once again, the prime minister turned to the threat of Brexit – nothing to do with the partygate— to mobilize forces. Johnson has warned MPs how damaging an internal civil war would be — “blue against blue,” he has said — that would only benefit Labor opposition leader Keir Starmer.

Johnson’s main rival during the July 2019 primaries, Jeremy Hunt, has re-emerged these days as the favorite candidate in the face of possible impeachment. “[Los ciudadanos] we were entrusted with power, and the Conservative MPs know in their hearts that we are not giving the British people the leadership they deserve. We are not offering the integrity, effectiveness and vision necessary to unleash the enormous potential that this country has, ”Hunt wrote on his Twitter account, in a message with a clear personal campaign sound.

It was the hardest political blow against Johnson, but not the only one. John Penrose, the deputy confirmed by the prime minister himself in 2019 as anti-corruption czar (a position attached to the Ministry of the Interior, which supports the Government in its fight against corrupt practices), announced this Monday that he is leaving the post. Johnson, the deputy has affirmed, has clearly violated the Ministerial Code (the code of ethics of the Government) with his lies to Parliament, and he must resign. “Even if I end up winning the vote this afternoon, the general feeling is that this is the beginning of the end. I think it’s all over,” Penrose told SKYNews.

Predictably, a cascade of ministers and senior officials – those who, in British political jargon, are in the payroll; that is, on the government’s payroll—have come to Johnson’s defense. The Minister of Health, Sajid Javid; Foreign Affairs, Liz Truss; that of Economy, Rishi Sunak; Justice, Dominic Raab; or that of Brexit, Jacob Rees-Mogg. They are not, however, the ones who could mobilize the conservative deputies in one way or another, but those who had maintained loyalty and discretion until the last minute, and in recent days they have exploded. For example, Jesse Norman, who was Secretary of State for Finance and was a deeply loyal MP to Johnson. “I have always been committed to my role as a public servant,” Norman said in a letter to the prime minister posted on Twitter. “Recent events have made clear where this country stands under his leadership, beyond question. I am afraid that I could no longer work in a government directed by you under any circumstances, ”Norman concluded.

Since the scandal hit the headlines last January, Johnson has been on a rollercoaster ride in which he has come to believe that, once again, he could turn things around. Conservative deputies, however, who travel to their respective constituencies every week and know first-hand the rage of voters, have been ruminating on the precise moment to punish the prime minister.

It was not during the first information, waiting for Johnson to explain; not even after Scotland Yard announced the fines; not even when Gray published the devastating final report on him. It was just the day after the entire United Kingdom celebrated the 70th anniversary of Elizabeth II’s reign, with an implicit message: the institutions remain. Politicians, no matter how popular they are, no. The huge booing suffered by Johnson and his wife last Friday, outside St. Paul’s Cathedral, was a clear signal. All those citizens concentrated around the religious service in honor of the queen – monarchists, and presumably of a conservative tendency – expressed their rejection of the prime minister.