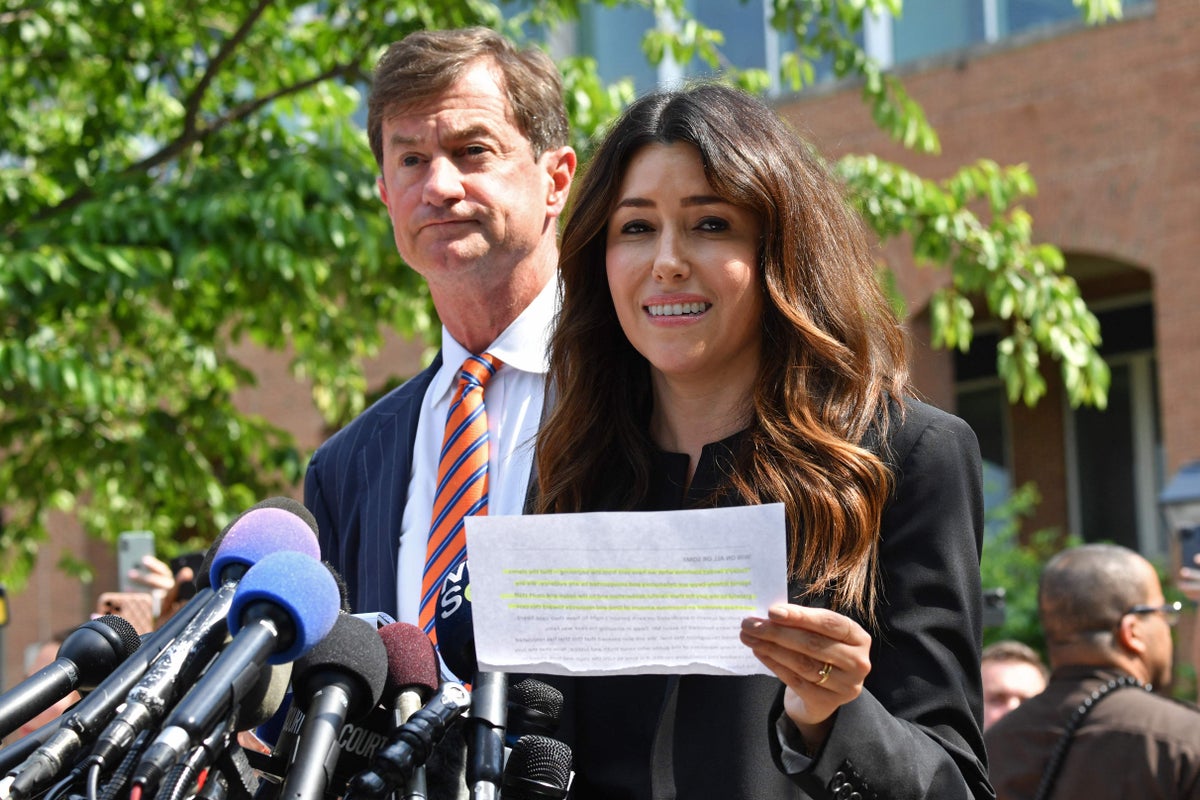 Camille Vasquez has been promoted to partner at her law firm Brown Rudnick following her key role as a member of Johnny Depp’s legal team during Amber Heard’s libel trial.

Vasquez became one of several unlikely celebrities at trial thanks to his harsh questioning of witnesses and his frequent objections to defense attorneys’ questions.

She confronted Heard on the final day of testimony, challenging her about her claims of family abuse and alleged leaks to entertainment site TMZ.

Depp’s fan base was quick to greet her with fan pages, video tributes, romance rumors (which she laughed off) and even a tattoo.

Outside the Fairfax County Courthouse after the verdict, Vasquez said, “Today’s verdict confirms what we have said all along, that the claims against Johnny Depp are libelous and not supported by any evidence.”

He added: “We are grateful, very grateful to the jury for their careful deliberation.”

Announcing the news of her promotion a week after the verdict, Brown Rudnick Chairman and CEO William Baldiga said: “We are delighted to welcome Camille to the partnership.”

“Historically, we have reserved this announcement for the end of our fiscal year. But Camille’s performance during Johnny Depp’s trial showed the world that she was ready to take the next step now. We are incredibly proud of her and look forward to her further accomplishments as our partner.”

Vasquez stated, “I am delighted that Brown Rudnick has given me their full vote of confidence in allowing me to join the association. I am proud of the exceptionally talented team I was privileged to lead, who exemplified teamwork and collaboration, and I look forward to continuing to represent Brown Rudnick’s culture of excellence.”

She joined Brown Rudnick’s Orange County office in 2018 as an associate in the litigation and arbitration department and has more than a decade of experience handling high-stakes disputes, including defamation cases, contract disputes, business-related torts, and employment-related claims.

Previous article
Billie Eilish references the trial of Johnny Depp vs. Amber Heard in an unreleased song that she premiered in Manchester
Next article
Prime Video announces the premiere of: “Argentina Selection, the series”