Johnny Depp vs. Amber Heard: What does the Pirates of the Caribbean actor need to win the lawsuit? 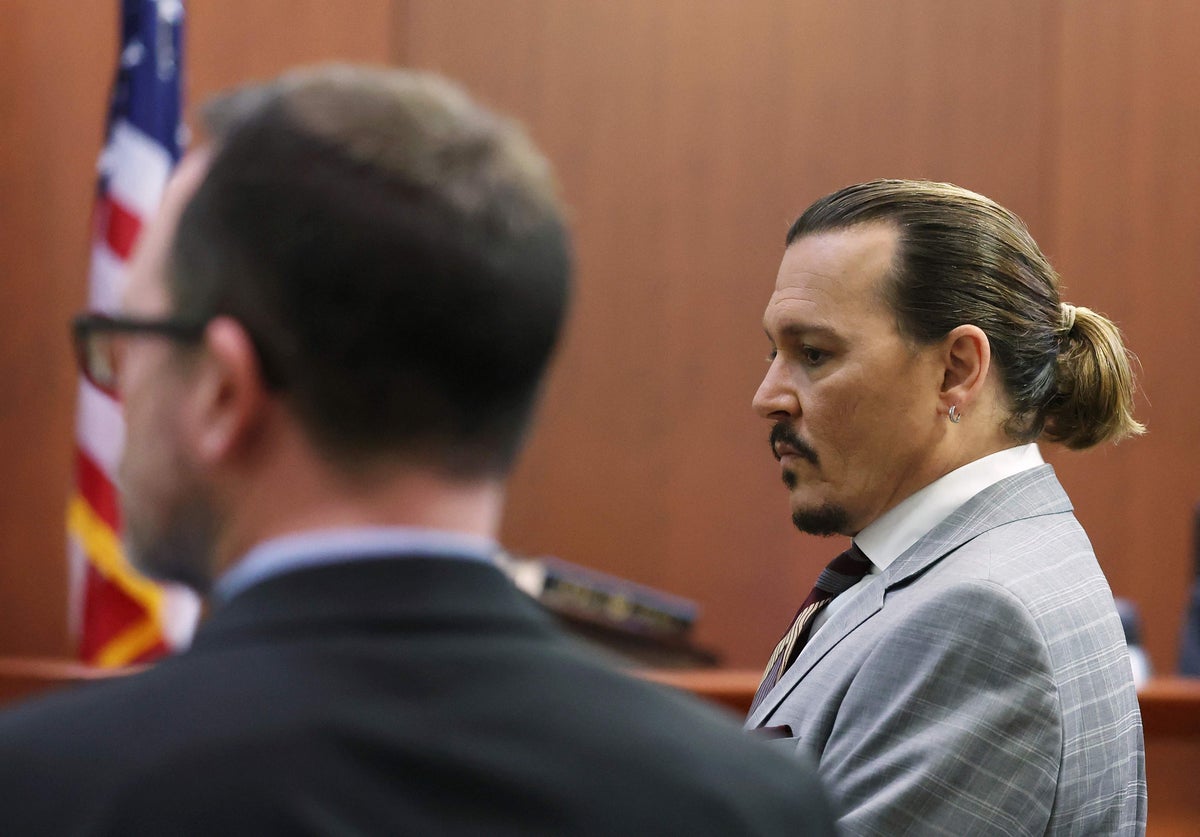 The libel trial between Johnny Depp and Amber Heard in Virginia is halfway over.

Depp sued Heard, his ex-wife, in March 2019 over an op-ed she wrote in 2018 for Washington Posttitled: “I spoke up against sexual violence — and faced our culture’s wrath. That has to change” (“I spoke out against sexual violence and faced the wrath of our culture… that has to change”). In the article, she refers to herself as “a public figure representing family abuse.”

Depp is not mentioned by name in the article, but has alleged that it defames his character.

“The op-ed was based on the central premise that Ms. Heard was a victim of family abuse and that Mr. Depp perpetrated family violence against her,” her complaint alleges in part, which qualifies the claim of family abuse as “categorically and demonstrably false”.

Since April 11, a jury has been selected and witnesses, including Depp himself, have been heard in the Fairfax County Courthouse in Virginia.

The trial is expected to last a total of six weeks. Depp and Heard’s respective legal teams will present their closing arguments and a jury will deliberate to reach a verdict.

Three weeks of procedures have passed and there are three more to be done.

Here is what follows in the coming days of the case:

What kind of case is this and what is at stake?

The defamation case between Depp and Heard is a civil case.

This has some implications. First of all, the complaint was filed by Depp himself. In a criminal case, the government would present a case.

The standard of proof is also different in a civil case. In such a case, the plaintiff must show that his claims are true as reflected by a “preponderance of the evidence.” This is a lower standard than that of a criminal case, which requires the government to prove the defendant’s guilt “beyond a reasonable doubt.”

Neither Depp nor Heard face criminal charges in this case, nor any type of criminal sentence such as imprisonment.

In a civil case, it is up to the plaintiff to ask the court for the resolution they seek. This may be, as described by Civil Law Self Help Centera Nevada-based nonprofit legal aid center, monetary damages, a court order preventing someone from doing something or forcing them to take a specific action, or a declaratory judgment clarifying the rights of parts.

Depp has asked for monetary damages of “not less than” $50 million and for punitive damages “to the maximum extent permitted” by law and for “not less than $350,000.”

What must Johnny Depp’s team prove to win?

Depp’s complaint lists three counts of alleged defamation by Heard: one for the print edition of the op-ed, one for its online edition, and one for when Heard tweeted the op-ed.

Depp is a public figure. In the US, public figures have a higher burden of proof when it comes to winning a defamation case: they must show that the accused (in this case, Heard) acted with “actual malice”.

That standard dates back to the landmark New York Times Co v. Sullivan Supreme Court case, which was decided in 1964.

“Actual malice for purposes of defamation law means that the statement was made with knowledge that it was false or with reckless disregard as to whether or not it was false,” Lili Levi, professor of law and dean’s distinguished scholar School of the University of Miami commented for an article of Poynter about the Depp v. Heard case and what it could mean for media law.

Also Read  Stranger Things: Charlie Heaton responds to the opinion that his character was "put aside" in the new season

Daniel Gutenplan, an entertainment litigator, defamation expert, and partner at Enenstein Pham & Glass, told People that Depp faces “an uphill battle” to meet that standard of proof, adding that “defamation is very difficult to prove.”

Who is the plaintiff and who is the defendant?

Heard countersued Depp in August 2020, accusing him of allegedly orchestrating a “smear campaign” against her and describing her own lawsuit as a continuation of “mistreatment and harassment.”

In the context of the counterclaim, Depp is the defendant and Heard is the plaintiff. Thus, both Depp and Heard have held both states throughout the case.

Heard has called for a declaratory judgment granting her immunity from Depp’s claims, arguing that the op-ed refers to “matter of public interest” protected by the First Amendment.

His lawsuit lists one count of “defamation and defamation per se” (defamation per se applies to statements that “are so obviously and naturally damaging to the reputation of a person or business in appearance that proof of harm can be presumed.” to the plaintiff’s reputation. according to lawyers Peter Lubin and Patrick Austermuehle).

Heard has sought compensatory damages of “not more than” $100 million” (her counterclaim specifies that this is “double the amount requested” by Depp against Heard). Like Depp, she has asked for punitive damages “to the maximum extent permitted” by law, and for no less than $350,000.

Heard is also a public person, therefore the same standards of proof apply to him when it comes to defamation claims.

Depp’s complaint can be read in full [en inglés] here.

Heard’s counterclaim can be read in its entirety [en inglés] here.