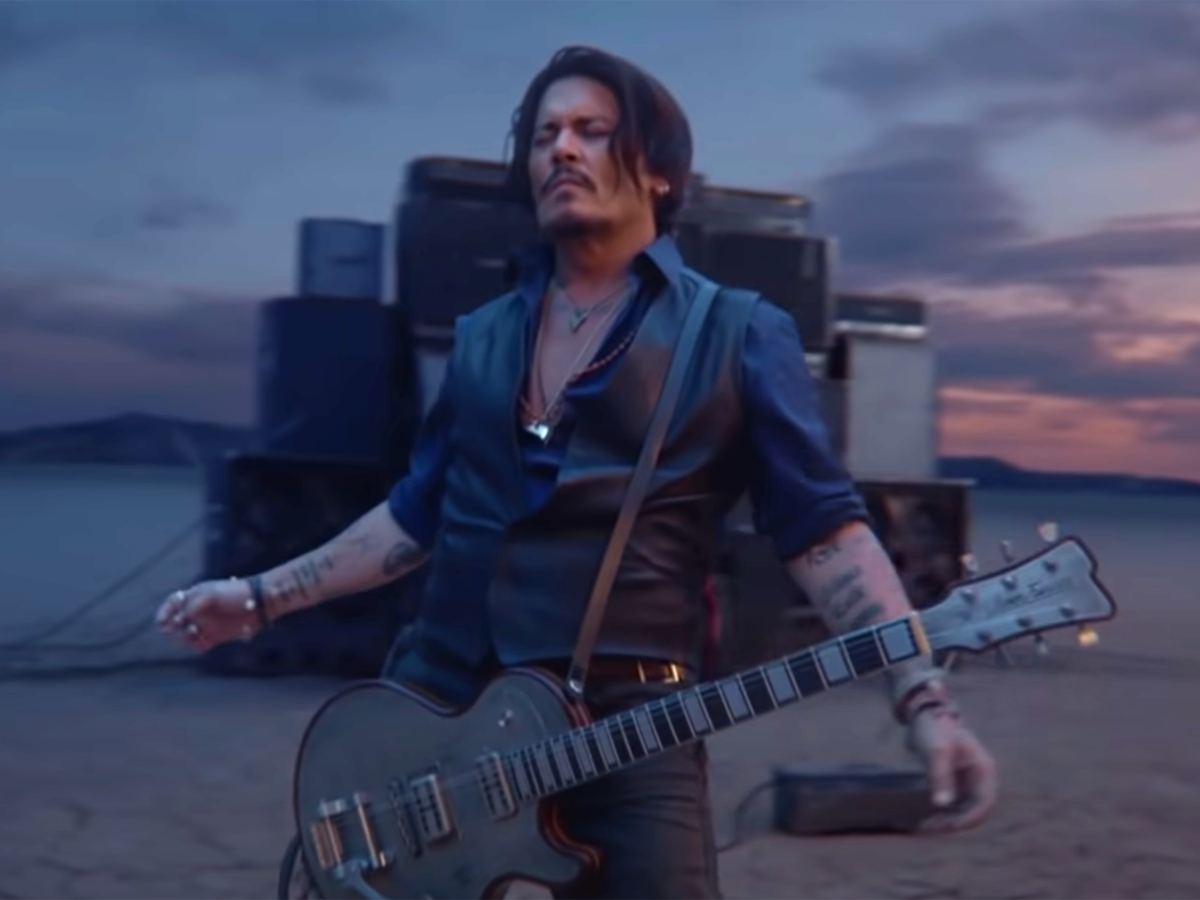 “I acknowledge the fact that I was the old wrinkled fossil and she was this beautiful creature,” said Johnny Depp. during his three-day testimony in the $50 million defamation lawsuit he filed against his ex-wife, Amber Heard.

Why so modest, Johnny? The comment seems a bit disingenuous coming from a man who still has a reputation as one of the most beautiful men in Hollywood. After all, even though Depp’s movie career may have fizzled out, he still earns millions for his movie-star looks and charisma in Christian Dior’s Sauvage fragrance ads.

Christian Dior continues to support his man, acting as a proxy for the idealized loyal wife. Not only keeping his “wrinkled old fossil” face on billboards, TV screens and fashion magazines, but also helping to reinforce his reputation as a wild, yet noble and honest man with a “soft animal charm”.

You do not believe me? Take a look at Dior’s description of its Sauvage fragrance: “In a parenthesis inhabited by ancient legends, where wolves are gods and men let their animal instincts speak… Freed from all artifice, he becomes one with the desert.” Wow.

To enhance Depp’s embodiment of wild, animalistic glamour, in the ads he’s surrounded by wolves, alongside a howling, bare-chested wolf staring morosely into the middle distance, and standing in the middle of, yep, you guessed it, a desert. It may sound like a lot of nonsense, but Dior’s propaganda and images help anchor public ideas about Depp’s personality. He was chosen as the face of Sauvage because Dior recognizes that he embodies the spirit of the fragrance: wild and animalistic, but also noble, honest and authentic.

One would think that the associations between being wild and animal would come off as distasteful after Heard’s domestic abuse accusations against Depp. However, there is a double benefit here.

Dior was smart. At a time when many celebrities are yelling “cancel culture!” whenever they are criticized or called to account for their comments or behaviour, the Dior team seems to recognize that controversy can boost sales.

Following Heard’s domestic violence allegations and Depp’s unfortunate libel case against The Sun in 2020 for branding him a “wife beater” — when judge Andrew Nicol said the defendants had shown their allegations against Depp to be “substantially true” — Dior not only continued its collaboration with Depp, but also launched new ads. Did they cancel Dior? Sauvage removed from the market? No. Fragrance sales increased.

The #JusticeforJohnny hashtag that has been active since Heard claimed to have been physically and sexually assaulted by Depp showed the strength of fans’ feelings. They thanked Dior for the brand’s loyalty to Depp.

In the courtroom, Depp has played on the support of his fan base by stating: “My goal is the truth because it destroyed me that all these people that I had known over the years… that these people thought that I was a fraud.”

Depp met Heard while working on The Rum Diaries, an adaptation of a novel by Hunter S. Thompson. Heard fulfilled Depp’s notion of the perfect femme fatale and he appears to be building the same scenario in the courtroom. He is an eccentric gentleman, but charismatic and noble; exploited and ruined by his love for a beautiful young actress hungry for fame.

Also Read  The director of 'Get Carter', 'Croupier' and 'Flash Gordon' was once 90 years outdated – Cut-off date

For example, Depp apologizes for his “vulgar language” in text messages about killing Heard and then raping her corpse “to prove she’s dead.” He attributes the horror of the images to the pain he was feeling at the time of writing, so the images of a woman’s torture relate to her own emotional distress.

He also attempts to intellectualize these abusive texts about Heard by comparing the writing style to Thompson’s style of gonzo journalism… well, if portraying obscene violence against women is a literary device, then Depp is just being really artistic, isn’t he? So?

Heard isn’t coming out of the trial smelling like roses, but Depp, despite evidence showing his aggressive and abusive behavior, seems to come out smelling like Dior’s Sauvage. He is in their debt, big time.

The Independent reached out to the Christian Dior team for comment