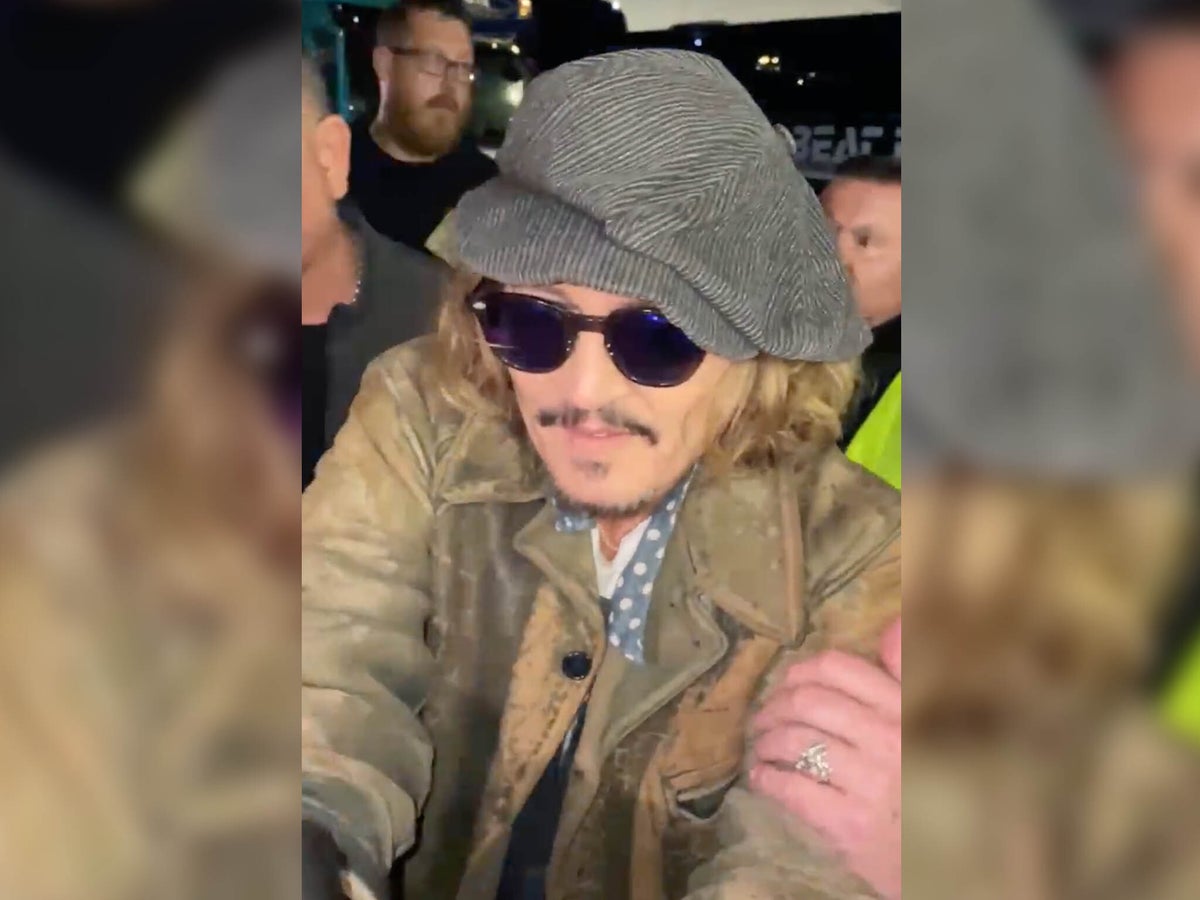 Johnny Depp joked about his mutilated finger to crowds outside his concert on Thursday night, June 2.

The actor made his final appearance alongside Jeff Beck at the Sage concert hall in Gateshead, England, on Thursday. During the event, it was revealed that Depp will release an album with Beck next month.

In photos taken that night, Depp can be seen surrounded by his fans outside the venue.

While stopping to take photos and sign autographs, the star of Pirates of the Caribbean made a joke about his past finger injury, with who appears to be a boy in the crowd.

Leaning down to sign autographs, he pointed to the fan’s hand and said, “You’ve got five. I have four and seven eighths. That’s crazy”.

The interaction was captured on camera by Twitter user @tinyspookyghoul, who shared the video on social media on Friday, June 3.

The day before, Depp won his high-profile defamation case against his ex-wife Amber Heard, in which what became known as the “severed finger incident” was a central point.

The incident occurred in March 2015, when the couple was in Australia while Depp was filming the fifth installment of the Pirates of the Caribbean franchise.

Depp claimed that a “good chunk” of his finger was severed when Heard allegedly threw a bottle of vodka at him.

The actress has assured that she was not awake when the injury occurred, claiming that she took sleeping pills after they fought and that when she woke up she found Depp “without a finger”.

Depp was absent from court of Virginia on Wednesday, June 1, when the jury announced its verdict. The actor was seen leaving The Bridge Tavern pub in Newcastle, shortly before the ruling was read, according to ITVNews.

The singer Sam Fender had spent the evening with Deppand shared a photo with the actor in his Instagram stories minutes before the verdict was announced.

Depp sued Heard for $50 million over an opinion piece published in Washington Post titled “I spoke out against sexual violence and faced the wrath of our culture. That has to change.”

The article does not mention Depp by name, but his lawyers said it falsely implied that he had physically and sexually abused the actress while they were together.

During closing comments, both sides urged the jury to think about other victims of domestic abuse.

Heard’s legal team highlighted the message that a verdict in Depp’s favor would send others, while the actor’s representatives said his claims were “an act of profound cruelty to the true survivors.”

On Wednesday, June 1, the jury released their verdicts, finding that Heard had defamed Depp on all three counts.

Previous article
‘Stranger Things 4’: Jamie Campbell Bower says Millie Bobby Brown ‘cried’ because it was ‘so scary’ on set
Next article
He is Kevin LaRosa Jr., the man who trained Tom Cruise to fly in Top Gun 2