Jim Morrison, witness to the death of Hilaree Nelson in Manaslu: “He fell more than 1,500 meters, I was unable to descend” | Sports | The USA Print 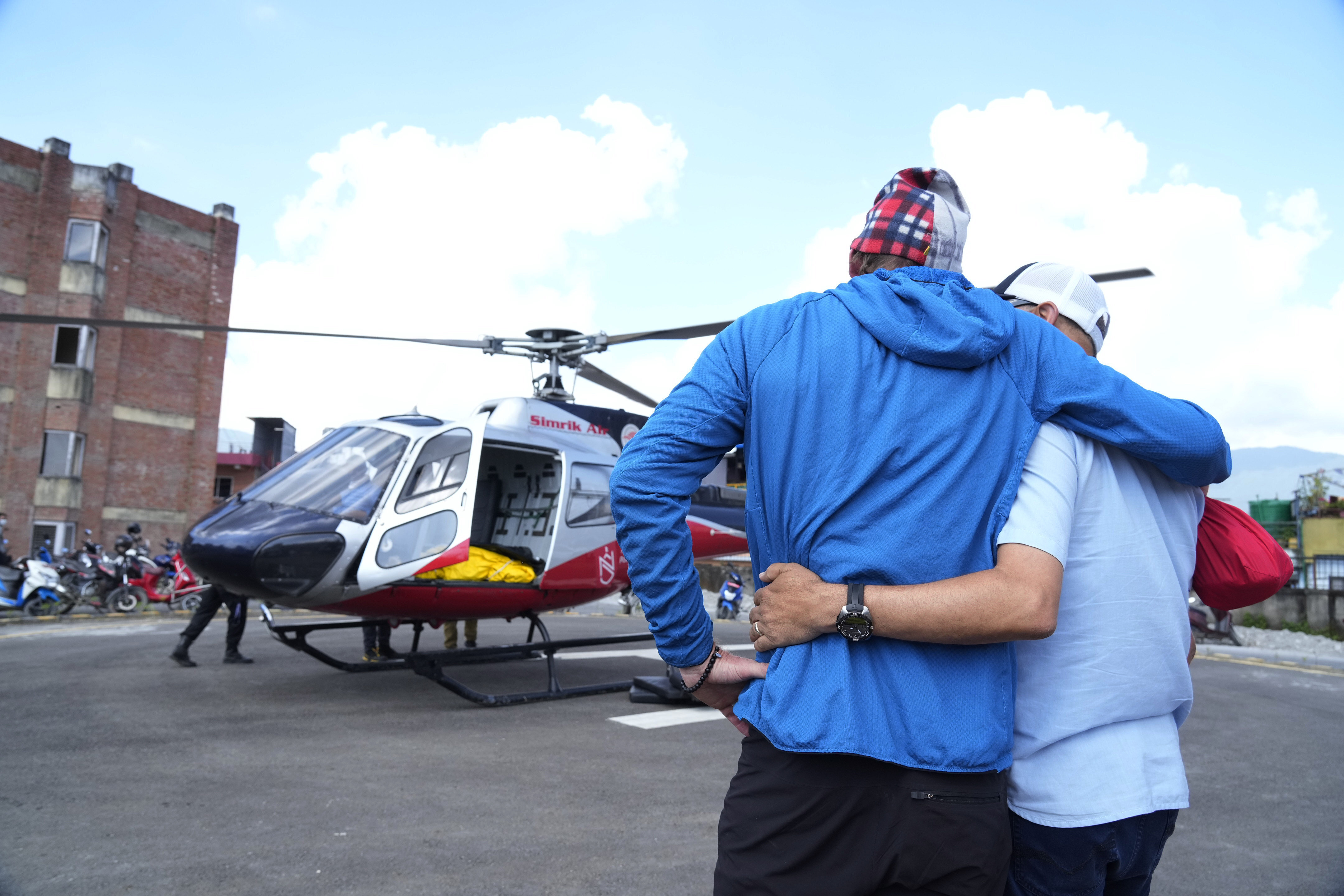 After two days of brutal physical and emotional intensity, Jim Morrison managed to type a farewell to his partner, Hilaree Nelson, on his mobile, as well as describe the sequence of his movements since he lost sight of his partner in the vicinity of the summit of Manaslu (8,163 m) and found and recovered his body. Today, anyone can read his statement on Instagram and imagine the frantic 48 hours Morrison had to endure until the outcome of a story that has shocked the mountaineering community. Mid-morning on Monday Hilaree Nelson and Jim Morrison embraced on the top of Manaslu (8,163m). Just a few minutes later, Hilaree caused a small avalanche with her skis, slipped, fell, and disappeared down the south side of a mountain she had climbed up its northeast face. Witness to what happened, Jim Morrison looked into the abyss and knew immediately that he would not be able to descend that side of the mountain. He skied to base camp, an extreme ski descent that requires every technique and mental freshness imaginable, and once there, he called for help.

Several helicopters came to the rescue. He knew how to tell them where to look. On Tuesday they saw a ski and some material scattered on the south slope. Bad weather aborted the flight of the helicopters, which returned to work early the next morning. Partially buried in the snow, Morrison himself recovered the couple’s remains from him, which were taken to Kathmandu. There, Jim Morrison took the phone out of his pocket and wrote this: “There are no words to describe my love for this woman, my life partner, my love, my best friend and my mountain climber. She has been the beacon that has illuminated my life day after day. On September 26 at 10:42 am, we reached the true summit of Manaslu in harsh conditions. We quickly made the transition from climbing to skiing, in the cold and wind, with the plan of going around the corner (to avoid a band of rocks) and regrouping with our Sherpa team. I skied first and after a few turns Hilaree followed me and triggered a small avalanche. She lost her footing and was dragged down a narrow snowy slope to the south side (opposite the route of ascent) of the mountain, falling more than 1,500 meters. I did everything I could to locate her, but I was unable to go down that slope, although I hoped to find her alive and live my life with her.

I’ve spent the last two days searching from the air in a helicopter. Today (for Wednesday), with the help of Surendra Paudel, an incredibly skilled pilot, we were able to land at 6,700 meters and search for her. Nims Dai was instrumental in helping organize the best team and resources possible and I found her body with the help of Mingma Tenzi Sherpa at 10:30am (Wednesday).

I am in Kathmandu with her and her spirit. My loss is indescribable and I am focused on her children and her next steps. Hilaree Nelson was the most inspiring person in life and now her energy will guide our collective souls. Peace to all of us. Pray for her family and community, which is widely spread throughout the planet. I am devastated to have lost her.”