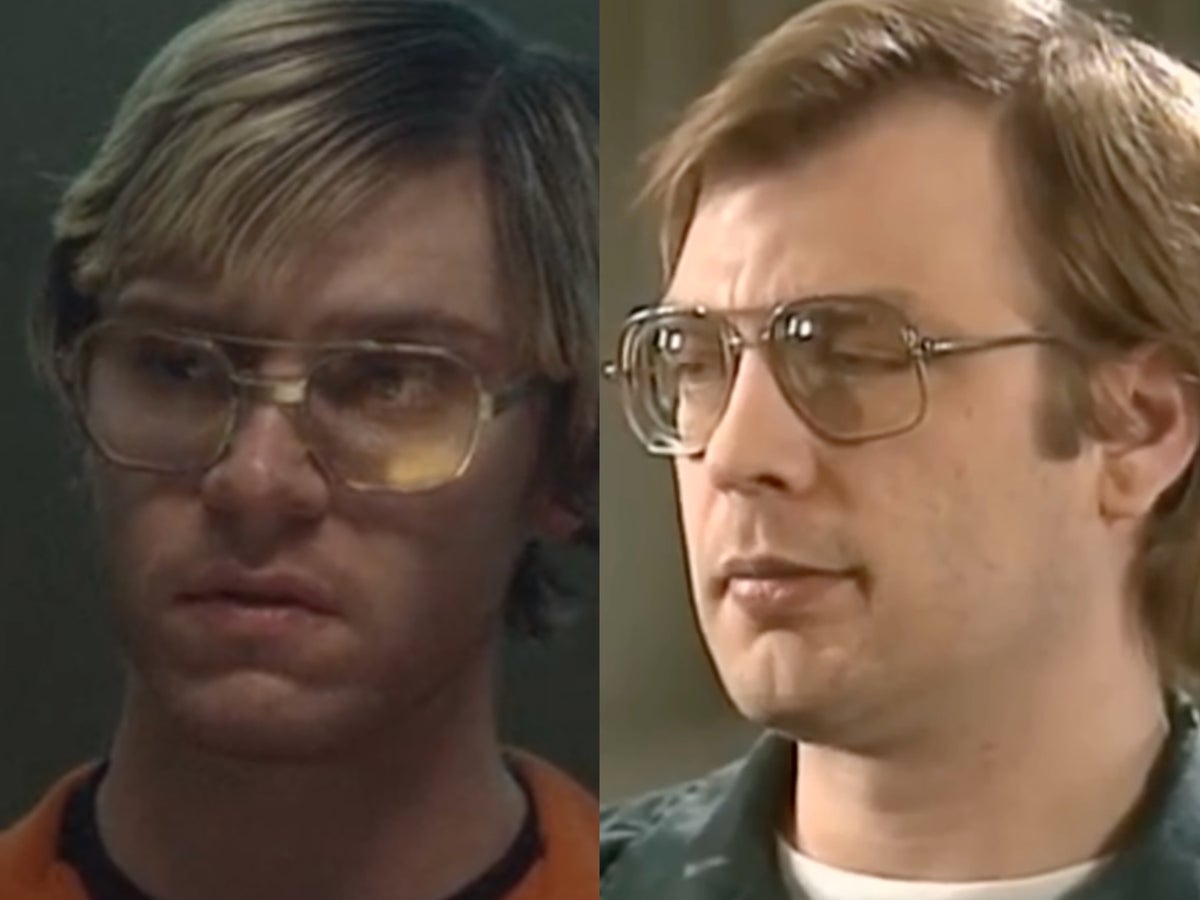 The actor participates in the Netflix series about the notorious murderer, which has divided users of the service streaming since its premiere last month.

Despite complaints about the unnecessary “nauseating” content of DahmerEveryone agrees that Peters puts in an impressive performance as the killer, who killed 17 men and boys between the years of 1978 and 1991.

Before playing the part, Peters was asked by the show’s creator, Ryan Murphy, to watch a particular interview.

The interview in question was conducted by Stone Phillips for DatelineNBCand was recorded in 1994.

“Ryan sent me the scripts and then he called me and said, ‘Dahmer is interesting because he’s almost remorseful and he feels guilt and kind of confused about what happened,'” Peters confessed to Netflix after the release of the series.

Peters continued: “He doesn’t really have the charming, mischievous smile. He is docile, aloof, and almost disassociated from what he did.” I immediately went to YouTube and saw the Stone Phillips interview. So I saw that and proceeded to read biographies and was able to read the police report and his confession.”

The interview, which is the killer’s last, shows Dahmer as he calmly talks about the murders and what motivated him to commit them.

“It was so shocking that all of this actually happened,” Peters said. “I felt it was important to be respectful of the victims and the families of the victims to try to tell the story as authentically as possible.”

A production assistant who worked on Dahmer He recently called it “one of the worst shows I’ve ever worked on.”

Kim Alsup, denounced the working conditions of the program and alleged that she was treated “horribly” and that she suffered subtle forms of racial discrimination.

Previous article
‘The Empress’: The story behind the Netflix series based on Empress Sisi
Next article
Britney Spears: what the singer has said in response to criticism for her nude photos

After making the leap to Hollywood a few...