Is using tools a sign of intelligence? | Science | The USA Print 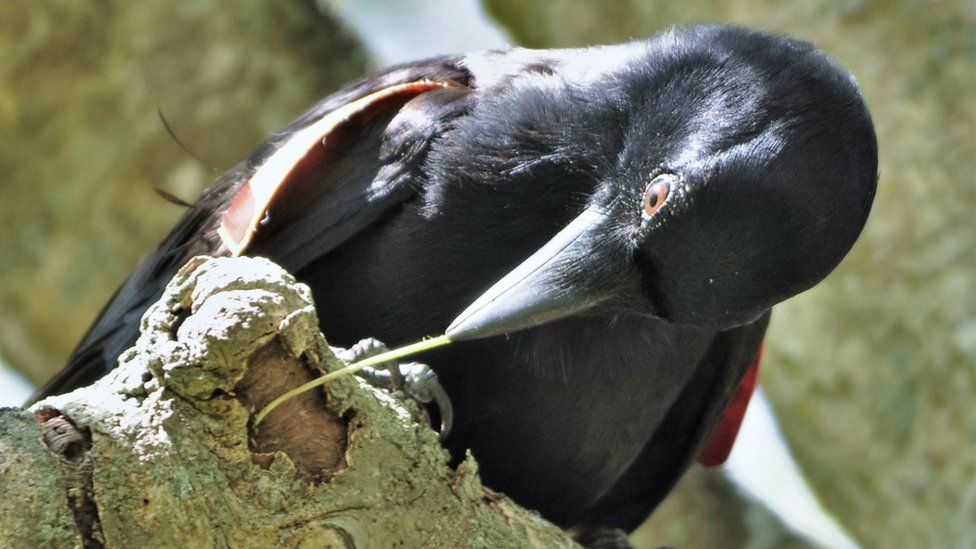 Most likely, a small fish in the ocean goes unnoticed by the human eye; After all, there are more than 27,000 species of fish in the world. Of course, if at any time it is observed hitting shells against stones, it will come out of anonymity and, overnight, it will become a popular species among humans. It will be in the mouths of ethologists, it will appear in internet entries titled The fish that uses tools… and other wonders and even in a BBC documentary. Why does the use of tools in other animals call us so much attention? Does it indicate that they are intelligent species?

First of all, tool needs to be defined. Simply put, a tool is any object that is used to change the position or shape of another object or individual. Humans are true experts using them and we love to show off technology. As is often the case with the behaviors we consider intelligent, we think they are exclusive to our species until we find them in other animals. In the 1960s, Jane Goodall observed for the first time a chimpanzee hunting termites with a stick, making it clear that if we wanted to find a characteristic that makes us unique from humans, we had to look elsewhere. Today, the use of tools has been documented in insects, marine invertebrates, fish, birds and mammals. The species that can put that pin are varied.

However, if we take perspective and take into account all the animal species that exist, we see that the use of tools is not so common, since few do it spontaneously and recurrently in nature. It is a rarity. On its own, this would be a good reason to highlight a behavior, but it’s probably not the main reason we give it so much hype. Communicate with your peers through small electric shocks how do elephant fish it’s even weirder and we don’t talk about it as much.

Our interest is probably due to the fact that we humans identify with the use of tools. We are proud of this ability that is so characteristic of our species and it catches our attention when we see it in others. Also, by analogy, we tend to think that those animals that use tools will also be smart. However, this does not have to be the case… always.

The same behavior, such as hitting an egg with a stone to break it, can be triggered by very different mental processes. From understanding the problem and planning, to pure instinct. How can we know what process an animal uses if we don’t read its mind? Of course, it is not always easy, but just by observing behavior we can obtain very valuable information. There are two cases in nature that exemplify it very well, the Egyptian vulture and the chimpanzee.

The Egyptian vulture is a type of vulture found in the Iberian Peninsula and in other parts of the world such as Africa. A study published in Nature in 1966 described how it picks up stones in its beak and throws them at ostrich eggs to crack them open. At first it might seem like an intelligent behavior that requires problem solving skills, but, at the moment, it has not been reported that he uses the stone in any other way. For example, it does not throw it at other competing birds or predators, or if the ground is uneven and the egg slides, it does not use it to hold it. In the absence of stones, he does not change material or travel a kilometer to look for them. On the contrary, using only one tool in only one way is a rigid and stereotyped behavior. Many thousands of years of evolution in a given environment may be required for it to occur, but not a specially developed brain.

In the African jungle chimpanzees crack nuts, also with stones. However, there are substantial differences between the behavior of both species. First, these apes carry the stones they are going to use as hammers long distances, which indicates planning. They place the nut on another stone that acts as an anvil and those same stones are used for other purposes. For example, in the forests of West Africa they throw them against trees, probably to show his power, because his favorite trees are the ones that resonate the most. In addition, they use other types of tools for different tasks, such as the one discovered by Jane Goodall. This shows creativity and flexibility, which does indicate high levels of intelligence. Apparently, the behavior of Egyptian vultures and chimpanzees is the same, after all, both are using a stone to open something, but deep down they have nothing to do with it.

When analyzing the complexity with which a species uses tools, we cannot get carried away by its resemblance to us. In fact, the list of primate species that do it creatively is coming to an end very quickly: chimpanzees, bonobos, humans, gorillas, orangutans and capuchin monkeys. Instead, one of the most advantageous species in this matter is the New Caledonian crow, far from our evolutionary line. These birds even use one tool after another. In a study carried out in the laboratory, for example, they took a short stick to obtain another longer stick with which they could already reach the food. Likewise, it is fascinating how in nature refine the tools to fit the target. First they select the right material, which in this case is a twig with just the right amount of flexibility, then they cut it to the right length and, finally, they bend the tip into a hook with which they catch insects that live inside trunks.

Every time an animal that uses tools is discovered, scientists ask these kinds of questions. Does it use a stereotyped or flexible use? Are we facing an intelligent animal? Sometimes the answer is clear, other times it requires a more detailed analysis and in some cases the debate is still open. These are not two watertight categories, animal behavior is such a diverse and complex world that it tends to feel more comfortable in gradients.

Laura Camon it is biologist, primatologist and science communicator.