Íñigo Martínez: “I resigned from the European Championship for being honest with myself and my teammates” | Sports | The USA Print 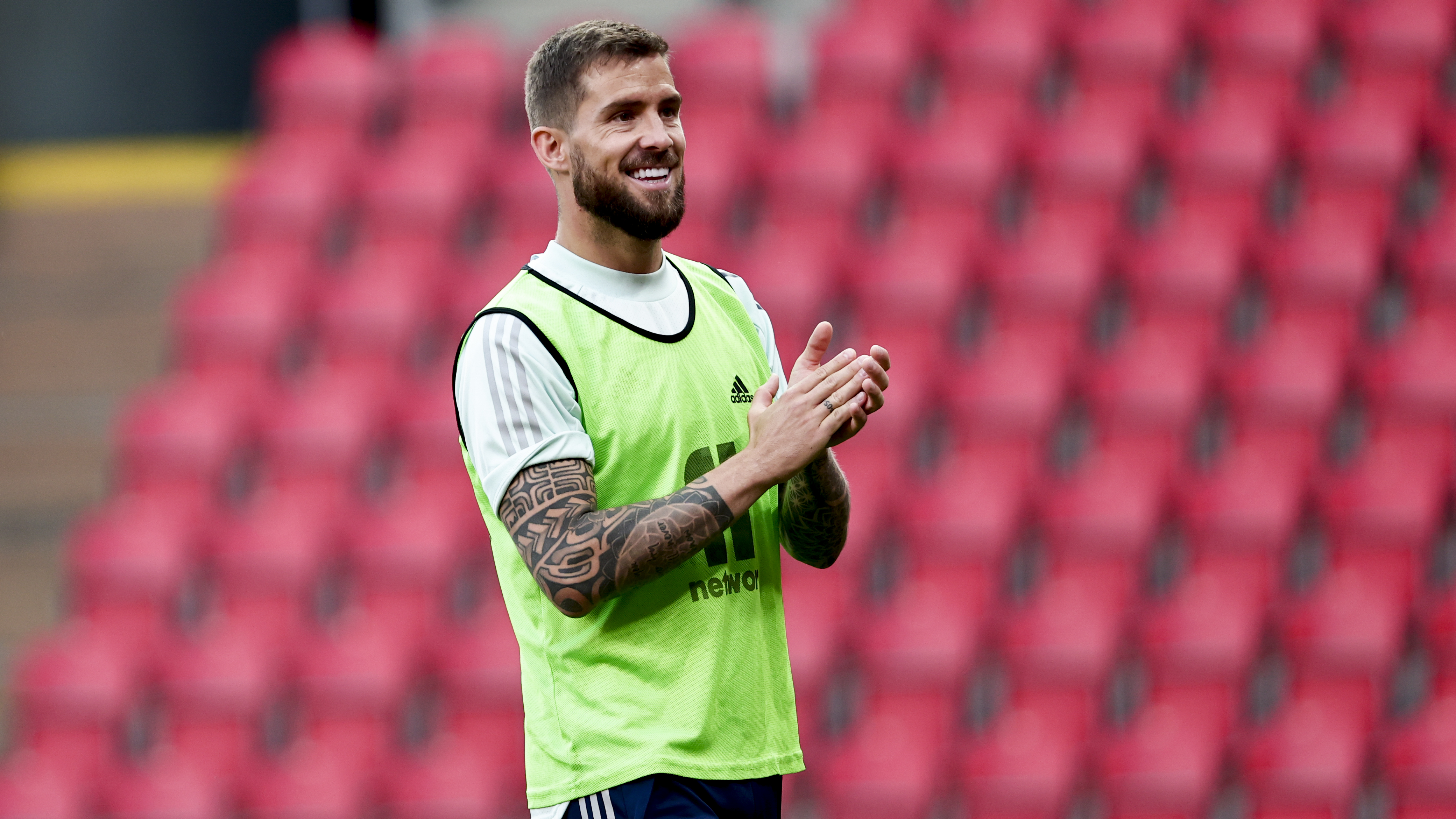 He has just finished training for the Spanish team at the Servette facilities on the outskirts of Geneva. Campechano, Íñigo Martínez (Ondárroa, 31 years old) openly analyzes the defensive ills and recounts convinced that his decision to resign from the last European Championship for not feeling well emotionally has reinforced him and has served him to fight for a place in the World Cup in Qatar.

Ask. At what point did you realize that what was affecting you was something psychological?

Response. There comes a time when you can already tell, even trained, that you are not entirely happy. Due to the way I am, I am the first to arrive, I like to make jokes and I have a good time. And there comes a point, when there are three or four days left in the League, when I felt that I wasn’t one hundred percent involved in my job. I had to play those last games and the decision was difficult to make, but I think I needed it. I had to be honest with myself and with my teammates.

P. Did you just eat the problem before externalizing it?

R. Yes, it’s hard for me to let go and express myself with those issues at home, in fact, it was hard for me to comment on it there. It’s my way of being, of seeing things, maybe giving it more notice I could have solved it earlier, or maybe not, who knows, but since I’m like that… I always keep it to myself and it’s hard for me to get it out. So I did and then I made the decision I made and it was the right one. In fact, this year has seen a better and more mentally clear Íñigo.

P. Did you feel liberated?

R. Yes, it is a backpack that you drag little by little and that weighs more and more until it explodes. Once it exploded, and I had the option to let go and communicate, a good weight was lifted off my shoulders.

P. The environment is fundamental in these cases.

R. There you can see who is there and is counting on you. In those situations, it’s sad to see who values ​​you and is by your side and who doesn’t. I had affection in the messages of many people who were really interested in me.

P. After the game with the Czech Republic, despite scoring the equalizer, he was perceived as enraged.

R. When the objective is to win and you see how the game has gone, you leave the field with a little disgust in your body. We could have been better, but each game is a world. There are times when you are better and others worse, but the important thing is not to lose when you cannot win. We were able to get a point, we fully trust this squad and the coaching staff and the goal now is to beat Switzerland.

R. There were many facets that we could solve better, especially defensively. When you know that you could have given more and done things better, you don’t leave satisfied.

P. You mean how the Czechs got their back?

R. I mean that there were situations in which instead of going to throw the offside we could have withdrawn. In the back row we could have been a little better than we were.

P. It seemed that the rivals know them well because the Czechs tried to hurt their backs from the first play.

R. They all got into the area because we poured into their field and it was seen that as soon as they stole the ball they knew exactly where and how to hurt you. It’s not easy being 60 meters from your goal and having to run back, but we know that our forte is having the ball. It was difficult for us to generate chances for them, but it is also true that we had some in which the ball did not want to go in.

P. Because of the way the national team plays, do you feel that the defenders have a lot of pressure because they have to continually play on the wire?

R. Today it is difficult to beat a national team, but many times we ourselves make it more complicated than it is. Against the Czechs, there were a few situations where, by going back, instead of taking the offside, we would have solved it much better. Our style is the same as always and the one that will continue to be. It is true that we leave many spaces behind, but there is also our goalkeeper to save us from those situations. I think that if the team is good, it is very difficult to generate chances.

P. Luis Enrique also said that the pressure did not work on the goals after the losses of the ball that originated them.

R. When they create chances for you, it’s because from above we started to press badly. They surprised us with their ball out, we didn’t expect it, that put us off a little up front and we didn’t know how to press. When we were going it was late or bad and then everything was out of place and we didn’t know, at that moment, how to counteract that ball out. But I repeat, although Carvajal is the one who breaks the offside, it must be said that we should have thrown that line back and thus we would have avoided it.

P. Have you already tried to fix those bugs?

R. Yes, there is always talk of mistakes, the important thing is that each one assumes when it is good and when it has been bad. That’s why we come here, one day one fails and another day another.

P. The coach says that what has been achieved by this team is remarkable, but to win the World Cup it has to be outstanding, is it in this type of error, both in defense and attack, where the difference between remarkable and excellence what does it require of them?

R. Here the ball comes from behind, everyone’s job is to attack and defend and these details are what make the difference and it was seen, with our serious mistakes, that the rival creates problems for you.

P. Marcelino took a step forward on the issue of pressure and even playing from behind, does he change much compared to Luis Enrique?

R. It changes a bit, it’s true that Marcelino demanded that we all get to get the ball, but there are situations in which you don’t risk so much. There is a high level here, we all want to play it, our style is to play from behind and we are not going to change that.

P. Does Luis Enrique ask you to drive to divide if the rival gets too far back?

R. He asks the entire defensive line to create spaces and we can filter balls to turn around and attack the rival.

P. Where did you learn to have that timing in the head jump?

R. It is one of the things that I have always been good at, as a child I already scored many headed goals. My instinct comes out, I am capable of, without being so tall, taking many up.

P. Did you have any reference?

P. How do you deal with playing with another left-handed centre-back?

R. Today everything is normalized, until now little was seen, more and more is seen. It is also played many times with two righties.

P. How do you see the Athletic elections.

R. I’m not a member and I can’t vote, but what they do they will think of the club. Hopefully the one who enters comes with enthusiasm because Athletic is different from the rest.

Previous article
Real Madrid, ACB finalist after also beating Baskonia in the third game (77-85) | Sports | The USA Print
Next article
The most successful Barça of the last decade | It’s LaLiga | The USA Print