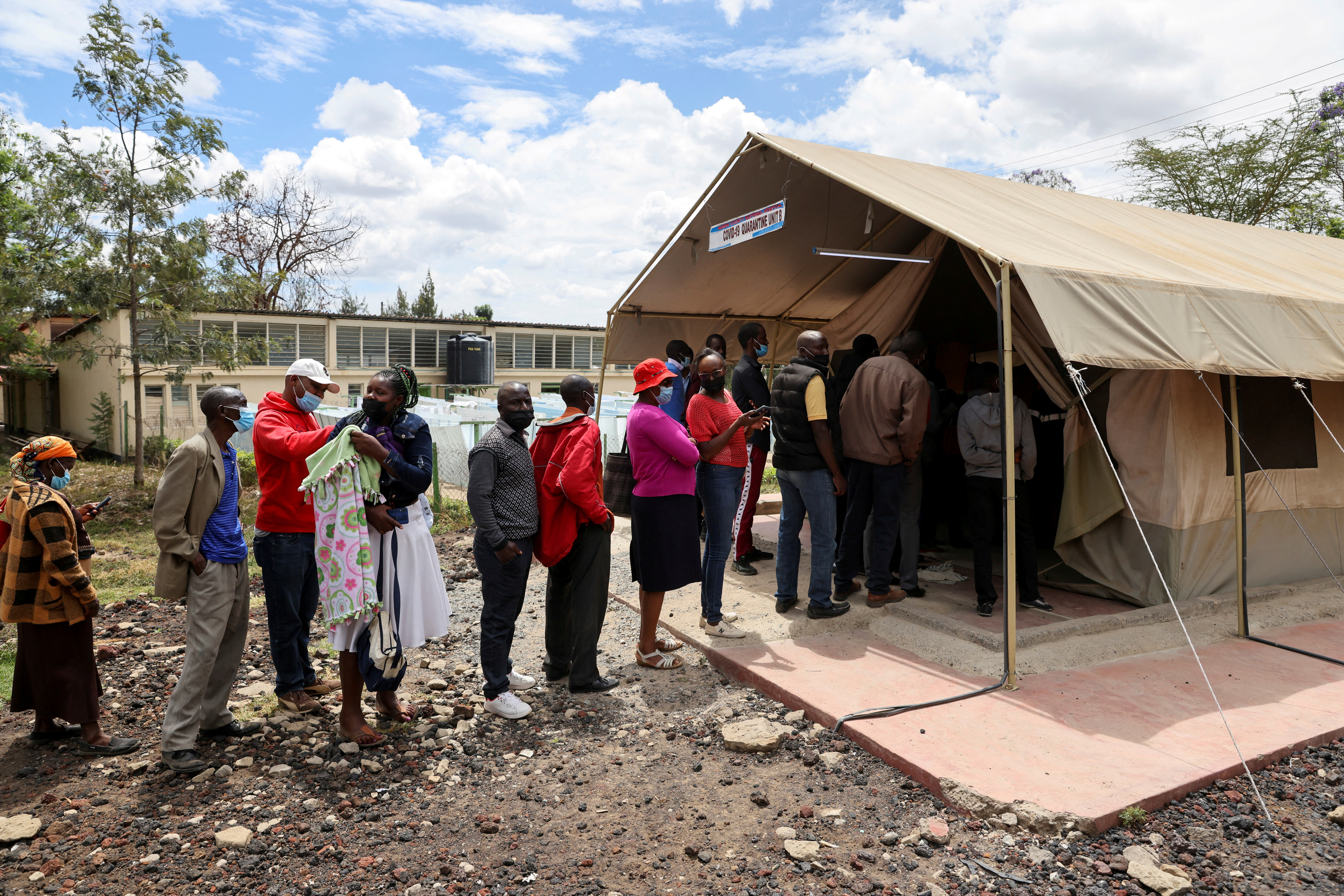 The decision from the United States Food and Drug Administration (FDA) regarding limiting the use of the Johnson & Johnson (J&J) vaccine against covid-19 in adults who cannot or do not want to receive another brand will have profound consequences for countries Africans. The FDA said its action reflected the risk that it could cause a rare blood-clotting syndrome. However, this decision shows that the world’s leading health authorities (even after two years of the pandemic) do not consider the needs of people in low- and middle-income countries, and those in African countries in particular.

The FDA’s restriction is not based on new evidence, but rather reflects an abundance of caution within a country that has a relatively high immunization rate against Covid-19, and the wide availability of alternative immunizations. The United States has inoculated to more than 65% of its population, predominantly with the Pfizer and Moderna doses. only the 8% has received the one from J&J. Therefore, the FDA’s decision will have little significant impact within the United States.

In Africa, on the other hand, the J&J vaccine is widely used. According to an analysis by the Tony Blair Institute for Global Change, 42 million doses of J&J have been administered in African countries so far. The fact that it requires a single injection makes it very suitable in the scenario of logistical and capacity limitations that many poor countries face, and the one that they choose in much of the continent.

In addition, the data collected in South Africa, where more than 8.5 million doses of J&J (including data collected through the Studio Sisonke, a trial involving healthcare workers) indicate that the FDA’s extreme caution is not warranted. Also, in countries where vaccination options are more limited, the increased guesswork around J&J immunization will significantly exacerbate the challenge of getting the dose to the population.

The FDA’s decision risks triggering a widespread loss of confidence in the J&J vaccine, sending demand for it plummeting and irreparably narrowing the scope of a safe means of protection against covid-19. , effective and widely available. This will have important implications for ongoing efforts by African countries to stimulate dose demand and protect their populations.

The Tony Blair Institute for Global Change estimates that African countries have about 135 million J&J vaccines in stock, about 25% of which are doses donated by the United States.

The Tony Blair Institute for Global Change estimates that African countries have about 135 million vials of J&J in stock, about 25% of which have been donated by the United States. Vaccine donations are welcome, of course, and African governments have committed to turning these doses into administered vaccines. However, the moment the donor country considers such immunizations to be too dangerous for its own population, Africans will flatly refuse to accept them.

The tidal wave of ramifications from the FDA decision will also extend to domestic manufacturing in Africa. A leading pharmaceutical company based in South Africa, Aspen Pharmacare is the first African manufacturer to packs, sells and distributes the J&J vaccine under its own brand. The United States advocated for this deal, and J&J had agreed to its potential expansion to encompass more advanced versions for specific variants.

The FDA’s decision will undermine many of the concrete steps taken by the United States and African countries to strengthen the health of the continent and the safety of immunizations within it. It will also affect ongoing negotiations between the Africa Centers for Disease Control and Prevention (CDC), Aspen Pharmacare, and the Mechanism for Global Access to Covid-19 Vaccines (COVAX) regarding a possible agreement to acquire and distribute the South African J&J.

It is particularly concerning that the FDA made its announcement without considering the implications for other jurisdictions or giving them advance notice so that they could respond appropriately. While the South African Health Products Regulatory Authority issued a release aimed at reassuring the public regarding the safety and efficacy of the vaccine, a decision with regional implications requires a regional approach. Had the Africa CDC known of the FDA’s decision in advance, they could have addressed anticipated concerns across the continent.

Looking to the future, the recently established African Medicines Agency (AMA) could adopt such regional measures. A well-functioning AMA, working side-by-side with the Africa CDC, will enhance the continent’s ability to provide rapid, evidence-based responses to regulatory decisions issued elsewhere.

Also Read  The US declassifies the arrest warrant against Caro Quintero from 1987, which is still the basis for his extradition | The USA Print

Ultimately, this episode is symptomatic of a broader problem in the Global North, where leaders and policymakers systematically fail to consider the views of others, or recognize that their actions have far-reaching effects that extend beyond their own borders. Africans are global citizens and get their information from the same media sources as Europeans and North Americans. Therefore, they are influenced by messages that may not be relevant to their context. In the year 2021, for example, the suspension of the Oxford-AstraZeneca vaccine by some European Union countries dealt a blow to demand in Africa, likely costing thousands of lives.

The expertise of stringent regulatory bodies, such as the FDA, the UK Medicines and Healthcare Products Regulatory Agency and the European Medicines Agency, is recognized and respected globally. Therefore, these institutions must consider the broader and unintended consequences of their decisions, especially in the midst of a global pandemic.

The recent tightening of restrictions imposed by the FDA on J&J’s covid-19 vaccine is not the first time that a health-related announcement made by authorities in the United States or another authority in the Global North has had far-reaching consequences. for Africa, and it will not be the last. To effectively manage COVID-19, as well as future pandemics, policymakers must collaborate now to reduce the frequency and mitigate the impact of such decisions.

Ebere Okereke She is a Senior Technical Advisor at the Tony Blair Institute for Global Change, an Honorary Senior Public Health Advisor at the Africa Centers for Disease Control and Prevention, and an Associate Fellow at Chatham House.
Copyright: Project Syndicate, 2022. Translation from English: Rocío L. Barrientos