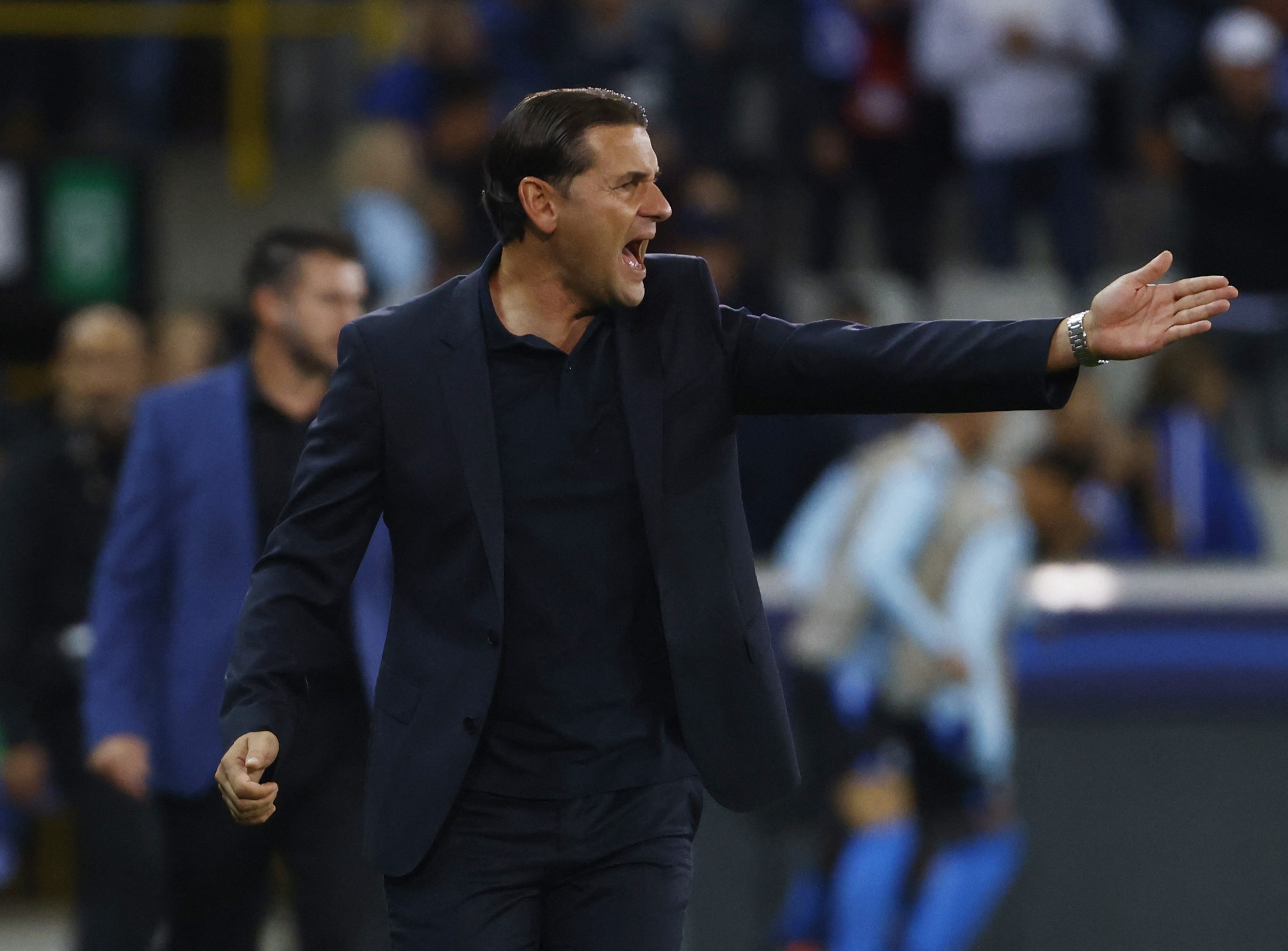 Son of Galician immigration to Switzerland in the middle of the last century, a year and a half ago Gerardo Seoane (Lucerne, 43 years old) was captured by Bayer Leverkusen, from Young Boys. In his first season in Germany, with an offensive and dizzying football, he qualified for the Champions League against a team that this course has not finished starting and that receives Atlético this Wednesday (9:00 p.m., Movistar LC), mired in a bad run of results. “It’s football, this is how it is, but when you manage to get out of situations like this, they are worth a title,” says a man who, as a player, was a failed bet by Augusto

Ask: What does it retain from its origins?

Response: My parents are from Carballo, near A Coruña, and they emigrated to Switzerland when they were 20 years old. We always spent our holidays there and I spent four years at Deportivo. When my parents retired, they went back there. I have daily contact with them and I used to go a lot, but since I’m a First Division coach I can’t travel as much. They are my roots, there I have a grandmother, uncles and cousins.

P. As a child of immigration, what vision do you have on how to deal with your problems?

R. These are complex issues, the borders have been opened and the world is going in one direction. We must seek solutions without violence in order to live with tolerance, from discourse and education. There must be a high responsibility of the countries that receive people to integrate them, in the same way that there must be on the part of the immigrant to adapt to certain cultural aspects of the country that welcomes him. Multiculturalism is very important, it is something new. It started 20 years ago, but the world is 2,000 years old and 20 is a short term. We have to keep moving forward. I experience it in the locker room with 10 or 15 different nationalities. You meet him in society and on a football team.

R. I had debuted in the Swiss First Division at 17 and three years later I signed for Depor. It was an honor to be part of such an ambitious project. I arrived at a time that was not suitable for a young boy, because there was a high-level squad. There was Mauro Silva, Flavio Conceiçao, Naybet, Fran, Makaay, Tristán… It was difficult for me to progress, I played for the subsidiary, Fabril, but honestly, between the quality of the players that were in the first team and my point of evolution, there was too great a difference to impose on me. I was a little green and mentally it was hard, because I couldn’t play, but that experience helped me grow.

P. Did you become a coach out of frustration at not succeeding at a big club?

R. No, it was because of football and being the leader of a working group where you are responsible for moving a project forward. Being a coach has a lot to do with leadership and making people progress. I studied teaching, I always had an interest in training. My idea was always to work with youth and it was like that for eight years at Lucerna, where I learned the trade. I started to like it and decided to take the leap.

P. He was a talented player, did he lack sacrifice and did he have the sin of youth like going out at night?

R. I’m going to be honest on this point. At the age of 20, in A Coruña, I went out to dinner with my friends like any professional footballer, but in a proper way. I never exceeded those limits. For me, at a competitive level I lacked the maturity to impose myself. From the age of 17 to 32, when I retired due to injury, I always gave everything for football. I am a person, ambitious and very disciplined, also as a coach, but I think that everyone goes out with a friend to have a glass of wine, it is normal. That was not the reason why I did not succeed. It did not reach my level and my state of maturity or my quality did not allow me to impose myself. I returned to Switzerland and played for eight years, in 80% of the games I started and even captained. It is true that I was a talented player, but perhaps I lacked other things. Being a footballer is not just knowing how to touch a ball; are aggressiveness, dispute, perseverance or physical.

P. How do you explain the change from last season’s results to this one?

R. I am in a very well structured club, with a Spanish CEO [Fernando Carro]a sporting general manager [Simon Rolfes] who has played football and a very talented team. Last year we were able to get the most out of it and the results make confidence grow. In this we had a good preseason, but in the Cup and in the League we started off on the wrong foot. The team is lacking in confidence and we are looking to find the key. It’s costing us, although in almost all the games, except with Hoffenheim at home that we lost 0-3, the team was on par with the opponent and with chances of winning. We almost always had chances and generated more than the opponent. Just like with Bruges in the Champions League. We got there a lot and they scored a goal from a set piece. We lack lucidity and calm, it shows that we carry the backpack of defeats.

P. They are easily marked.

R. If we analyze the goals, we lack a point of aggressiveness to defend those situations. We give the little finger and they take our whole arm. We lack forcefulness, but we are working hard to improve.

P. Do you notice the lack of your young star Florian Wirtz?

R. Together with Bayern’s Musiala, they are the two most promising boys in Germany. He is a player of impressive talent, a midfielder capable of finishing, of assisting, with a lot of creativity, and an excellent personality and mentality. We miss him, he is the player who unites the defense with the offense. He had a cruciate ligament injury and the expectation is that he won’t be able to return until October or November. He is comparable to João Félix, a young boy with personality and self-confidence, who has the quality to make the right decisions and at the same time has a high maturity for his age. We must give him the necessary time for his recovery and his return, even if it hurts us not to have him.

P. There’s a boom of Swiss coaches in Germany who follow the prevailing paradigm of teams that play at a high pace and with quick transitions.

R. There is a good job in training coaches in Switzerland, with good infrastructure. It is normal to see German or Austrian technicians in Switzerland and vice versa. Linguistically, we form a country and there is a similar trend in these countries of playing with fast attacks and very high physical condition. We have a team built in that direction, with attacking players with individual talent and quickness to play forward forward. The Bundesliga is very dynamic. In Spain, the game with the ball is given a more structured touch, here it is very vertical. Even Bayern, who could play with more possession, get to finish off 30 times. In Germany the fans want to see what is played forward.

P. What match are you waiting for?

R. We need a very small margin of error because they penalize you right away. They have a very high forcefulness and physical presence that will demand the most from us in disputes. They are very warriors, they fight each ball to the fullest. Let’s see if we can match them in that and then use our fast players and our verticality. On the other hand, we are also happy to be able to face one of the best teams in Europe.