From Julia Fox to Ellen Barkin, these are the celebrities who have supported Amber Heard during the defamation trial 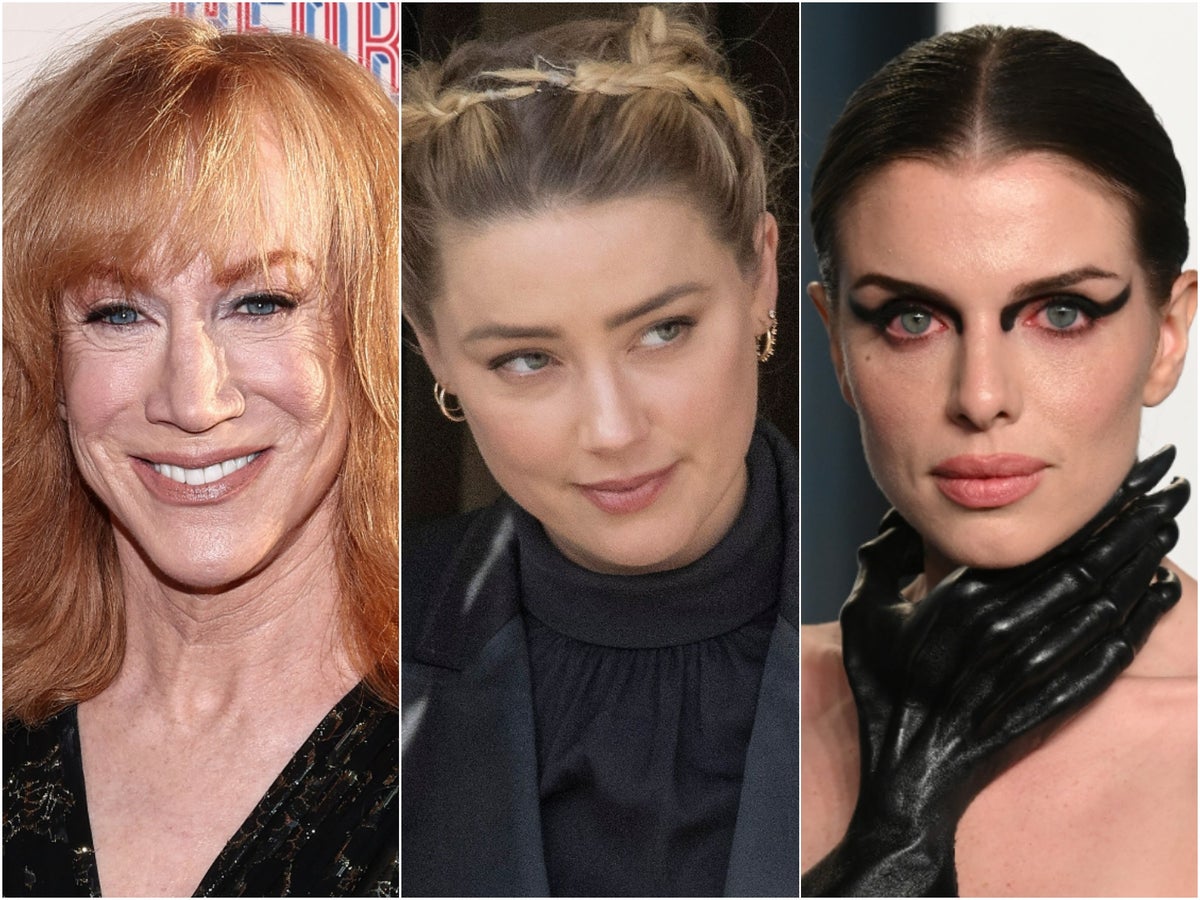 The libel trial of Johnny Depp vs. Amber Heard has captivated people all over the world.

Heard is being sued by Depp for $50 million for implying that he abused her in an op-ed on the Washington Post 2018. Although she did not name him, he claims her accusations affected his ability to work.

Heard filed a countersuit accusing Depp of allegedly orchestrating a “smear campaign” against her and describing the actor’s lawsuit as a continuation of “abuse and harassment.”

Depp’s fans are much louder than Heard’s. At the time of writing this article, nearly 4.3 million people have signed the petition to remove Heard from Aquaman 2, Y celebrities like Winona Ryder and Javier Bardem have explicitly expressed their support. Chris Rock even joked onstage that we should “believe all women, but not Amber Heard,” prompting considerable backlash.

But who supports Heard? These are all the celebrities who have spoken in favor of her…

Comedian Griffin was one of the first celebrities to endorse Heard. She commented on the actress’s announcement that she would be taking a break from social media while the trial was underway, writing, “Oh beautiful. I’m thinking of you and sending you lots of love.”

While the veteran radio host hasn’t specifically voiced his support for Heard, he has spoken out against Depp. Speaking on his SiriusXM show in late April, he said, “He thought, ‘I’m going to put this on TV because I’m so persuasive and I’m so smart and I’m such a wonderful guy… I’m going to charm the whole of America during the trial.'” .

In recorded trial testimony in 2019, actress Barkin claimed that a “jealous” Depp once threw a bottle of wine across a hotel room when they were dating in the early 1990s.

Jurors also heard Barkin testify that her ex was “controlling” during their brief time together, asking her where she was going and what she was doing, telling her “don’t do this, don’t do that.”

“Just a jealous, controlling man,” she said, remembering him asking her, “Where are you going? Who are you going with? What did you do last night?”

Barkin testified about one particular moment when Depp allegedly got “very angry” and accused her of having sex with someone else because she had a slight scratch on her back.

Barkin’s testimony about the incident was previously heard during Depp’s UK libel case against The Sun for an article in which the newspaper labeled him a “wife beater.” the actor of Pirates of the Caribbean lost the case.

Depp denied the incident occurred when Barkin’s statement surfaced, and testified that she called him abusive because she had a “grudge” against him.

“With Barkin, a sexual issue started that lasted for months on and off because she was working on the movie I was working on at the time, Fear and Loathing in Las VegasDepp said.

“She wanted a proper relationship with me and I didn’t want that. I didn’t feel the same way about her as she did about me and I guess from that point on she got pretty angry and I haven’t talked to Barkin since.”

Fox, the star of Uncut Gems, has publicly supported Heard. She commented on Instagram: “She hit him? Yes. Was he abuse? No. You need to have power to be able to abuse it. She was 25 years old. Clearly, he was always much more powerful, both physically and financially.”

Actor Krumholtz, who starred with Heard in the NBC drama The Playboy Club, posted a series of Instagram stories supporting her. “Drugs and alcohol turn men into monsters,” she wrote. “I believe Amber Heard.”

Follow live updates on the trial here Y Find out here who has expressed their support for Depp.

If you or someone you know is experiencing domestic abuse, you can call the 24-hour National Domestic Abuse Helpline, run by Refuge, on 0808 2000 247, or visit their website here.

Previous article
Stranger Things: Charlie Heaton responds to the opinion that his character was “put aside” in the new season
Next article
Why is the Johnny Depp vs Amber Heard libel trial happening in Virginia?