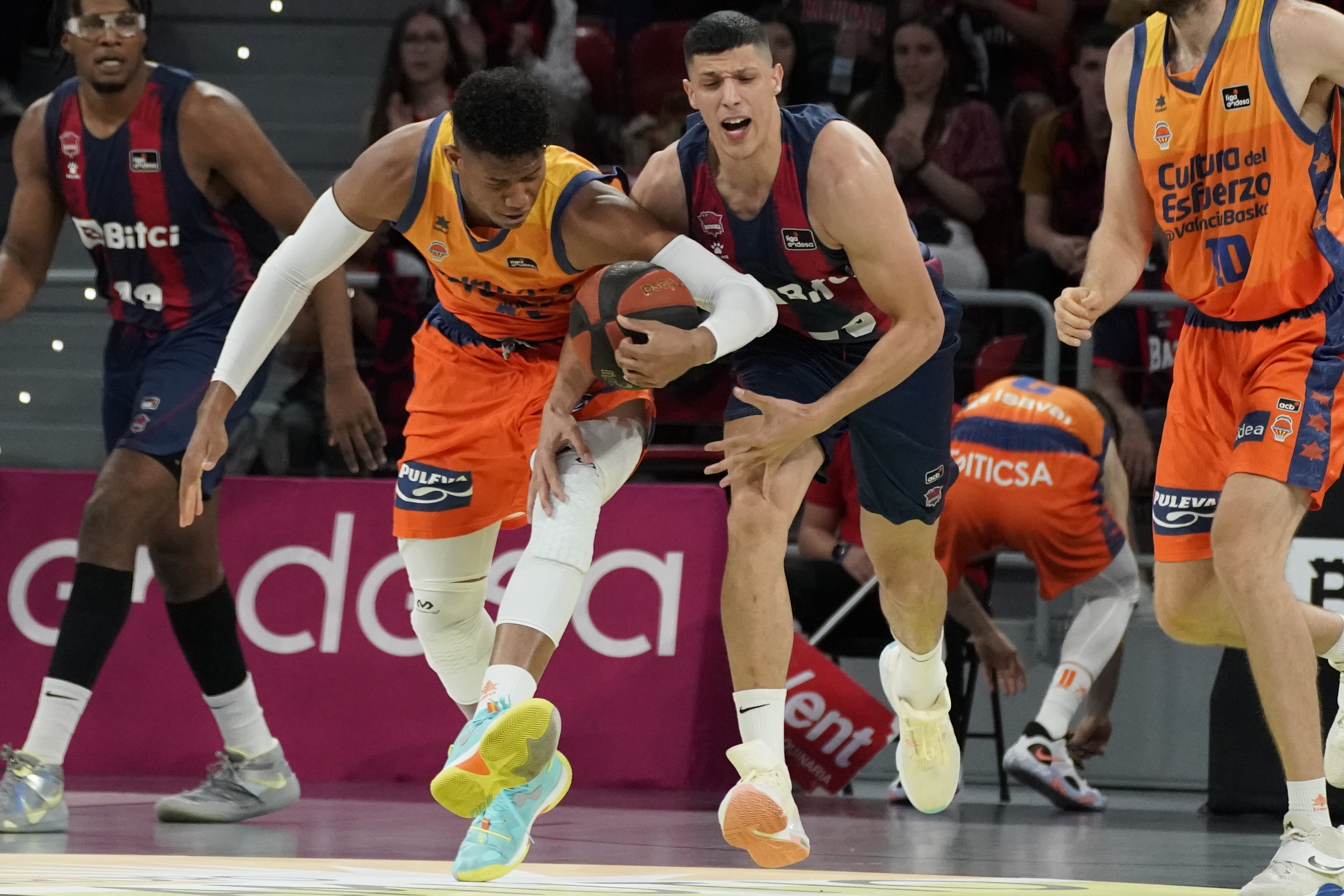 Simone Fontecchio (Pescara, Italy, 26 years old), attends EL PAÍS at the end of his training session on Wednesday, shortly before traveling to Madrid with Baskonia to play the first match of the five-a-side semifinal against Real Madrid, in a series in which sparks can fly. The forward speaks perfect Spanish, as if he had been in Vitoria for several years, and yet he arrived from Alba Berlin last summer.

Ask. Everything ready for a tie that is going to be very tough?

Response. Yes, everything is prepared, everything is done. We need to win, but it will not be easy. It’s going to be three, four or five difficult games, we know that, because we know the quality that Real Madrid has, but we’re calm, ready to give everything, and then let’s see what happens.

P. Are the strengths of the teams equal in the play off?

R. I don’t know. I think there is more pressure, more tension on the part of all the teams, so many times the intensity and energy that the players put into the match counts more. There may be a team that puts in more quality, but if the other puts in more energy, the matches are even.

P. What he says happened in the last game of the tie against Valencia. You put more intensity.

R. Yes, much more energy, with a very good mentality. We are a team that has quality, and if you put intensity too, it is difficult to play against us.

R. Thank you [se ríe]. I started badly, like the whole team, but I gained confidence and things turned out well for me.

P. Do you like to take responsibility? You shot a three-pointer from eight meters that ended the opposition’s resistance.

R. I like it a lot. I had previously missed two triples with which I was trying to kill the game, but it was not something that weighed me down. In that situation I don’t think about whether it’s a responsibility or not. I know I’m capable of scoring those kinds of baskets and I did. My hand doesn’t shake.

P. Are you comfortable in Vitoria?

R. Yes, very comfortable. My family is comfortable, the city is very good, and the fans and the club treat us wonderfully.

P. What went wrong at the beginning of the season so things didn’t work out with Ivanovic?

R. I don’t know. Talking about the beginning of the season now seems like talking about two years ago, I hardly remember. But no, it was a practically new team, with many newcomers and it was very difficult for us to start. The players were not yet in the best shape. I don’t know what went wrong with Dusko, but there was a change and it was good for us.

P. Now it seems that Baskonia is at its best.

R. Yes, the last two or three months, especially after the Cup break, have been good for us. We have looked for a way to play together, we have found it and we have had a very good end to the season, and we want to do even better.

P. They want to reach the final and win it, of course.

R. We know it’s complicated, but we play to win, and we’ll try.

P. You and Gedraitis have formed an indestructible pair of forwards, one of the best in the League.

R. Surely we are the best of Baskonia, yes. I feel very comfortable playing with Rokas. He is a guy with a lot of quality and I feel very good playing with him. It is true that we are two outside players who are very difficult to stop.

P. Although they don’t play the same game, you, being Italian, are compared to Polonara, who gave Baskonia a great performance.

R. He had a great season last year. He had a lot of responsibility in the team, the coach trusted him a lot. He did very well. We are two different players, because he plays four and I three. We are not comparable, but he would like to do as well as Achille did.

P. Are you at your best since you started playing?

R. I think so, but I can’t settle, because there are always many things to improve. I am self-critical and whenever I review the games I find some defect that I must improve.