Tax filing season has begun and taxpayers should take steps to protect their identity and wallet to prevent fraud, the Internal Revenue Service Criminal Investigation Office (IRS-CI) has recommended.

“Education and outreach are key to preventing tax fraud,” said IRS-CI Chief Jim Lee. “If American taxpayers know what to look for, they can avoid falling victim to the latest tax fraud scheme.”

To prevent you from becoming a victim of fraud, the tax authorities recommend following these steps:

▪ Choose a tax preparer wisely. Look for a preparer who is available year-round.

▪ Ask your tax preparer for your IRS Preparer Tax Identification Number (PTIN). All paid preparers must have one.

▪ Do not use a ghost preparer. They will not sign a tax return that they prepare for you.

▪ Don’t fall victim to tax preparers’ promises of big refunds. If it’s too good to be true, it probably is. All taxpayers must pay their fair share of taxes.

▪ Do not sign a blank tax return. Taxpayers are ultimately responsible for what appears on tax returns filed with the IRS.

▪ Make sure you get your refund. Your refund should be deposited into your bank account, not your tax preparer’s.

▪ The IRS will not call you threatening legal action. If you get a call like this hang up, it’s a scam!

▪ Do not reply to or click links in text messages, emails, or social media posts that claim to be from the IRS. They may contain malware viruses that could compromise your personal information.

▪ Protect your personal and financial information. Never provide this information in response to unsolicited text messages, emails, or social media posts claiming to be from the IRS.

If you are a victim of fraud, report the case to the police and submit form 3949-A if you suspect that a person or company is committing fraud.

Nikency Alexis, owner and operator of Unity Tax & Financial Services (Unity Tax), a Broward County tax preparation company, and Thony Guillaume, who worked as a return preparer at that company, received jail sentences, according to the IRS- CI Miami.

From 2011 through 2016, Alexis and Guillaume conspired to defraud the IRS by preparing returns for clients claiming fictitious business and educational expenses that the clients never incurred.

After learning of the criminal investigation, Alexis and Guillaume continued to file false statements and concealed their involvement in the filing of those statements by listing other people as the paid preparers, according to authorities.

In total, Alexis and Guillaume requested more than $2.8 million in fraudulent refunds from the IRS.

Alexis was sentenced to 45 months in prison, three years of supervised release and to pay $464,006 in restitution to the IRS.

Guillaume was sentenced to 40 months in prison, three years of supervised release and the payment of $221,823 in restitution.

Another of the cases mentioned by the IRS-CI Miami is the one related to Fred Pickett Jr. who was sentenced to more than eight years in prison, one year of supervised release and ordered to restitute $169,639 for preparing returns and requesting false refunds for his clients. .

The man owned a tax preparation business and from 2013 to 2016, filed returns for clients who claimed to own fictitious businesses that lost tens of thousands of dollars each year.

Pickett included these non-existent companies, as well as other bogus tax credits and deductions, on his clients’ returns to generate refunds to which they were not entitled. 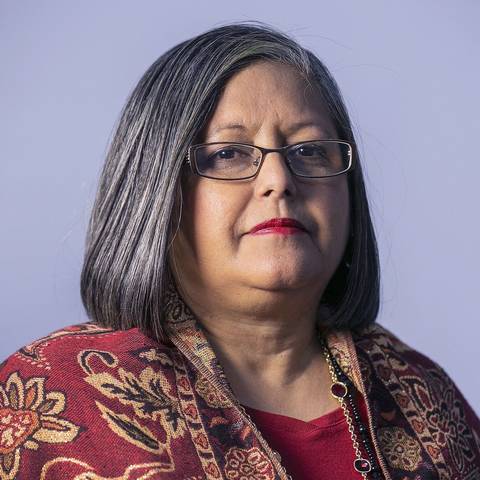 Journalist and editor specializing in Latin America, judicial, business and local issues related to the Latin American community. Much of her career was spent in international news agencies. Her investigative work “Emigrating to Death: Murdered Venezuelans in Latin America” ​​received the 2019 FSNE and SPJ Sunshine State awards.

Previous article
Germany will send its own Leopard tanks to Ukraine and will authorize the export of the Polish ones, according to ‘Der Spiegel’ | International | The USA Print
Next article
Thousands of taxis march in Madrid against the Ayuso regulation | Madrid | The USA Print
The USA PrintMagazine For all
Facebook
Instagram
Twitter