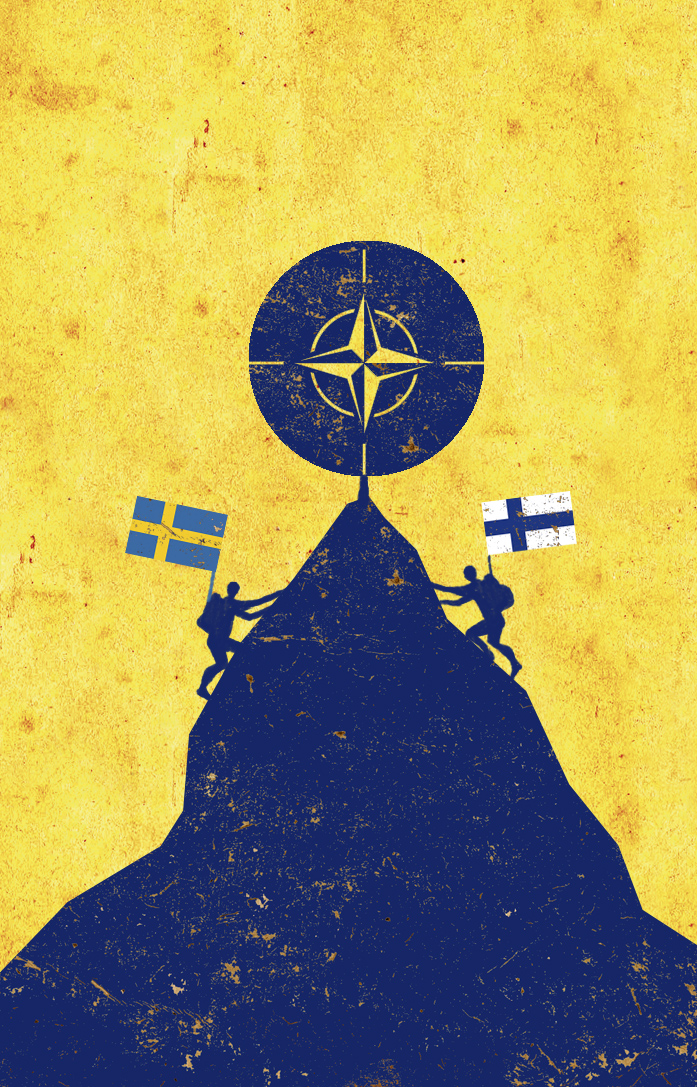 Finland, willing to put an end to Finnishization, and Sweden have made official their desire to join NATO. This is the fact, until a few months ago unimaginable.

Why enter the Atlantic Alliance if both countries are in the European Union, whose Treaty (art. 42.7) obliges the Member States to help, with all the means at their disposal, a country that is the object of armed aggression?

Why join NATO now when the Union has just approved the so-called Strategic Compass, which confirms the concept of European strategic autonomy in matters of defense and security? It is clear that the peoples of Sweden and Finland, faced with the bloody and savage invasion of Ukraine by Russia, do not feel sufficiently protected territorially by their membership of the European Union and take a step towards NATO, which has moved quickly strengthening its northeast flank.

Such a firm step, so irreversible and so conditioning the geopolitical position of a country is not only taken for circumstantial reasons. It is that there is a perception that the European security structure has been seriously affected by the decision of a nuclear superpower to militarily attack a country like Ukraine that did not threaten, nor wanted, nor could it threaten Russia.

The resounding change of position of two Nordic countries bordering or close to Russia is not a cause but a consequence of the arrival of a “new international order”, which breaks with more than three decades of stability on the continent. The response given by the governments of Finland and Sweden, and the clear feeling of their citizens, is given by a change in the configuration of international and economic relations in Europe and globally.

It is not an exaggeration to speak of a geopolitical turn towards a new international order. The one that has existed since the implosion and fall of the Soviet Union has been very different. Since December 1991, the Cold War had disappeared and with it the absolute dominance of the USSR, not only over the nations that comprised it (for example, the Baltic countries or Ukraine), but also over the States that were liberated from the Nazi invasion. and that constituted the Warsaw Pact, a military alliance born as a reaction to the creation of NATO. There was a hegemonic leader, the United States, administering the so-called Pax Americana. The end of history, proclaimed Francis Fukuyama.

That post-Cold War period, with China and Russia in the background, saw successive enlargements of NATO and, in parallel, of the European Union. Everything seemed like a predictable security construction, from Vancouver to Vladivostok, with a model of central and eastern Europe’s energy dependence on Russia. In some cases completely. The emblematic example is Germany. This scheme could not be threatening to Russia, which has made the invasion of Ukraine even more incomprehensible. However, Russia has not accepted the fall of the USSR and its loss of influence and intends to prevent its visible decline with aggressive action without any justification, using arguments as weak as the “denazification” of Ukraine.

Such warlike actions, including the threat of using nuclear weapons, have transformed the global geopolitical landscape. The war in Ukraine, whatever its outcome, has produced far-reaching direct and indirect effects. It has inevitably polarized and fragmented the northern hemisphere between a West of liberal democracies, such as the US and the European Union, and an East of autocracies, such as Russia and China, although with the latter Europe’s position is different from that of the United States. The war has broken the chain of international trade and production relations. It has fostered economic nationalism. It has led to a runaway rise in energy and food prices – Russia and Ukraine are the breadbasket of the world – which has further impoverished millions of people in Africa and Latin America, creating a true food crisis. Has deglobalized or decoupled (decoupling) the economy, already sufficiently damaged by the financial crisis of a decade ago and by the covid 19 pandemic. The indebtedness of the States has skyrocketed as a result.

What we are experiencing right now is nothing less than the sudden advent of a new international security order and a deep wound to multilateralism. This forces the European Union to move in a unitary and cohesive direction, not as a mere set of countries.

We have before us two events that must be addressed with political intelligence. One of them is the NATO summit in Madrid (June 29 and 30), which has to approve its strategic concept for the next decade. There does not seem to be any doubt about the essential role of collective territorial defense that the Atlantic Alliance must play. Nobody disputes it. In the current confrontation created by Putin, NATO is the priority security instrument of the countries of Europe.

NATO is a political alliance, but with a defensive military mission that predominates over any other. The European Union, which was born to build lasting peace after a world war, has a different nature. It is endowed with essentially economic means. The European Union does not have to compete with NATO. They are organizations of different etiology, with differentiated structures and objectives, although compatible.

The Union must respond to the new geopolitical order and the challenges that this brings. In the new era that is being announced to us, it faces challenges as relevant as energy policy and the ecological transition; migration and asylum policy; social and health policy; fiscal policy and, of course, a defense policy that has strategic autonomy as a reference.

The other event that currently hovers over European politics is, precisely, the reform of the Treaties proposed by the European Parliament, in order to be able to respond decisively to the aforementioned challenges, to allow decisions on foreign and security policy by qualified majorities (or highly qualified), avoiding paralyzing unanimity, which would be even more so in a possible enlargement of the Union.

Let us not confuse the defense of Europe with the Europe of defence. The Europe of defense —until now non-existent— cannot be built only on the transatlantic relationship. Let us remember that the recovery by the European Union of the concept of strategic autonomy occurred coinciding with the presidency of Donald Trump, who abandoned the great multilateral agreements, the nuclear one for example; a disconcerting president who deepened the distance with Europe, and with NATO itself, and who — don’t forget — could be the next president of the United States. The Union, therefore, must also base its security on itself, without prejudice to fulfilling the commitments that emerge from the North Atlantic Treaty.

That is certainly what the citizens think, as can be seen from the survey recently commissioned by Fundación Alternativas on defense culture. The majority of Spanish citizens think that the European Union is the institution with the greatest capacity to defend them against threats. Above NATO and the State itself.

Also Read  Pride 2022: When homosexuality forces you to live on the run | future planet | The USA Print

Let us take all this into account in view of the preparation of the next Spanish presidency of the Council of the EU, which corresponds to us in a year.

Diego Lopez Garrido He is Executive Vice President of Fundación Alternativas and former Secretary of State for the European Union.