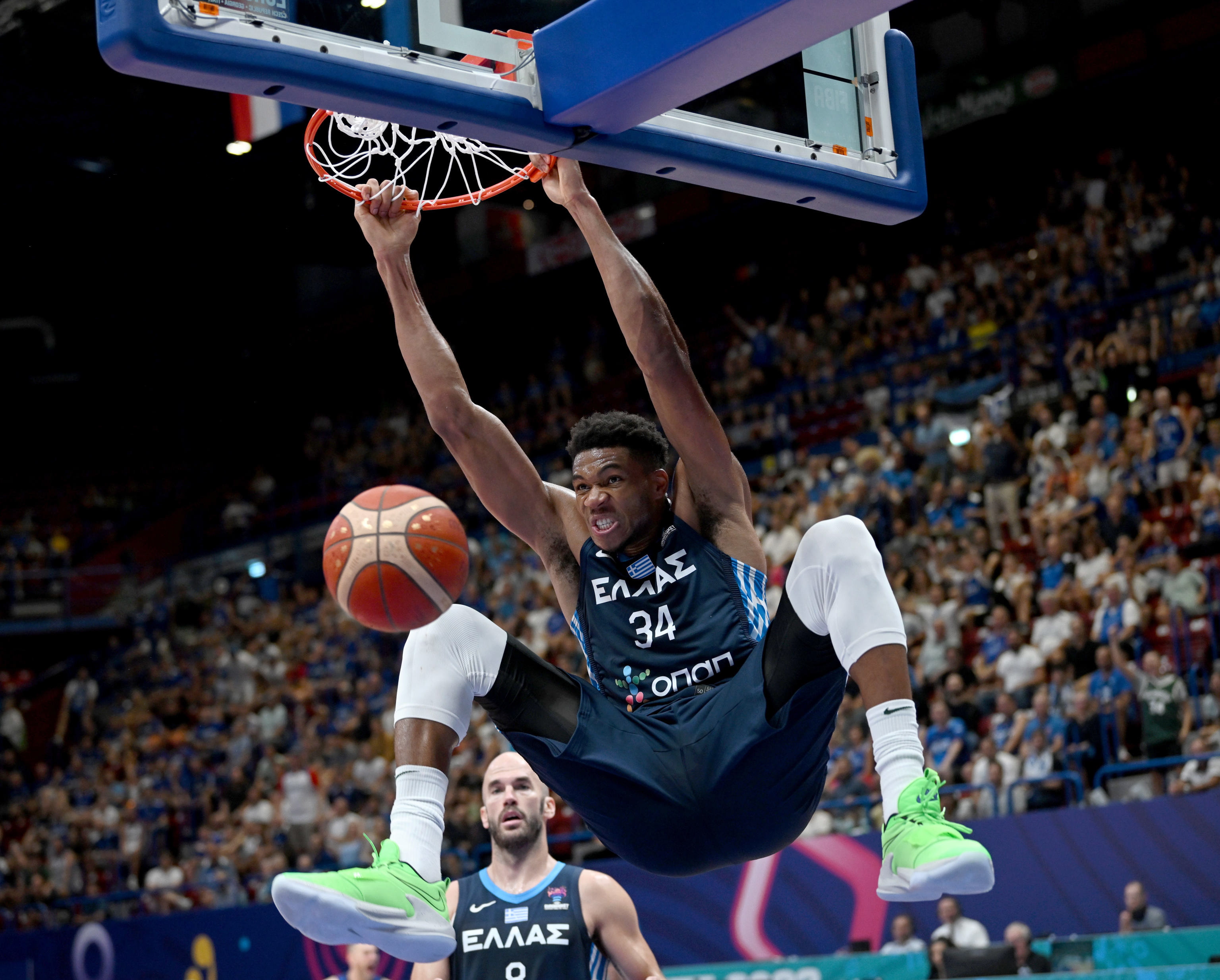 A city against a star. Germany hosts Greece this Tuesday night (20:30, BeMad) in the quarterfinals of the Eurobasket, a duel from which the rival in the semifinals of the winner between Spain and Finland will come out. The Mercedes Benz Arena will be more than ever a cauldron with its 12,000 spectators in front of the great Hellenic star, the basketball player who scores the most points per game in the tournament: 29, ahead of Doncic’s 28 and the giant Markkanen’s 27.8 , the 2.13m Finn who challenges the Spanish team.

Antetokounmpo is the beginning and end of Greece, the great hook that remains in the Eurobasket together with Luka Doncic after the surprising elimination of Jokic’s Serbia at the hands of Italy. The Milwaukee Bucks center, twice chosen as the best player in the NBA, rules on the track and outside in the team led by Dimitros Itoudis. He has the power to refuse to be photographed with a sponsor of the federation, for example, and for his three brothers, Thanasis, Kostas and Alex, to enter the pre-selection before the championship. Alex, the youngest, was ruled out, and Kostas has only played 12 minutes in the entire tournament in one match, missing three shots. It’s the law of Antetokounmpo, who on the floor also directs the operations of a group that counts Calathes and Dorsey as other offensive threats. Although the Greek team struggled to defeat the Czech Republic in the round of 16 (94-88) in a match in which Anteto only had four points in the first half. He then started the engines to sign his usual service record: 28 points, 10 rebounds, 5 assists.

In the local dressing room, Germany showed themselves to be a very solid team, finishing tied with Slovenia for first place in Group B and ahead of France and Lithuania. The baton is moved by Schröder, the point guard who, after his time in Houston, and after going through two meccas like the Lakers and Celtics, is now a free agent in the NBA. In the Eurobasket he has been seen with that athletic and fast basketball that is so popular. He is the top assister on his team, and sixth in basket passes in the championship, just ahead of Lorenzo Brown with 6.7. The leader in points is Sengfelder, with 22 on average per night. There are no big stars in Germany, a squad against a giant like Antetokounmpo.

Crosses of the final phase in Berlin.