Erdogan’s main adviser: “In two weeks we hope to have an agreement to remove the Ukrainian grain blocked by Russia” | International | The USA Print 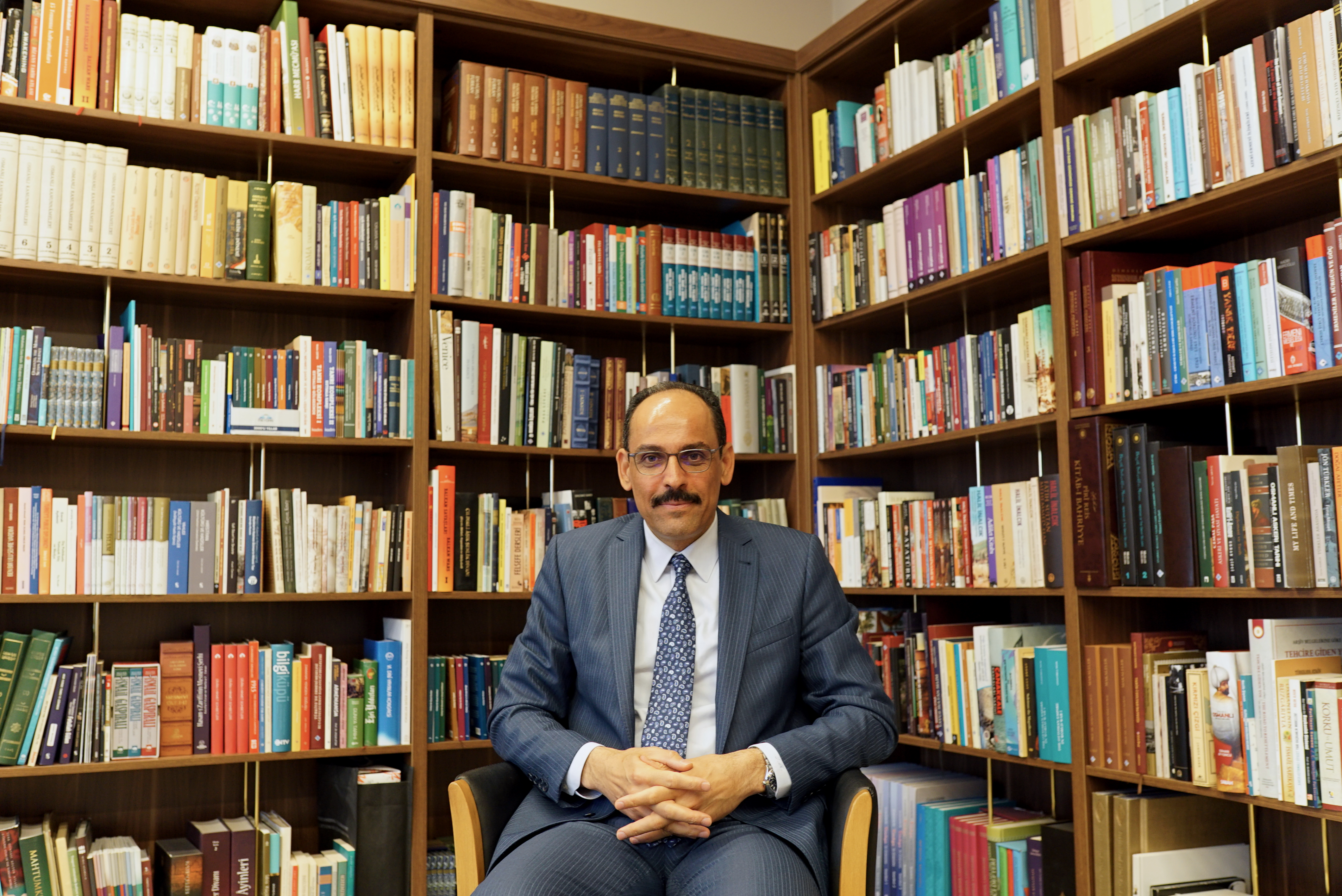 The mediation between Ukraine and Russia, the evacuations of civilians from Mariupol, the effort to remove the cereal blocked by Moscow from the Ukrainian ports and, also, the veto of the accession of Sweden and Finland to NATO. At the head of all these negotiations in which Turkey is involved is Ibrahim Kalin (Istanbul, 50 years old). Senior adviser to the president, Recep Tayyip Erdogan, and current government spokesman, Kalin is one of the few people the Turkish leader listens to on security and foreign policy issues. Doctor in Philosophy and educated at universities in Turkey, Malaysia and the United States, those who know him closely praise his capacity for dialogue, his pragmatism and his global vision. He does not hide criticism of Turkey’s Western allies, but assures that his country is firmly committed to NATO. This Friday he travels to Spain to discuss bilateral issues and the summit of the Atlantic Alliance at the end of the month in Madrid.

Ask. After the Bucha massacre, contacts between Ukraine and Russia, mediated by Turkey, stopped. Is there a possibility of bringing the parties back to the negotiating table?

Response. We are working on it. Last week, the president [Erdogan] held telephone conversations with the presidents [ruso, Vladímir] Putin and [ucranio, Volodímir] Zelenski, and repeated his proposal that both come here to try to reach a peaceful solution to the conflict. Zelensky said he is ready, but Putin believes the conditions are not ripe enough. Unfortunately, the negotiations stopped as a result of what happened in Bucha, which is unacceptable, and the war continues. In a conflict like this, while seeking a general solution, it is also important to reach more localized agreements, even if they are limited. For example, the evacuation of Mariupol, or what we are negotiating now – the departure of agricultural products from Ukraine.

P. Do you see a possible solution to the Russian blockade of Ukrainian cereals, which threatens to create a food crisis?

R. We are talking with the Russians, with the Ukrainians and also with the UN. It will probably be an operation under the umbrella of the UN, with Istanbul as the main center of the operation. There will be Russian and Ukrainian representatives who will manage and monitor the process. Ships will need to be inspected to make sure they are not carrying weapons, but how this monitoring will be done will be discussed by our military experts. The foreign minister [ruso, Serguéi] Lavrov will visit us next week and this will be one of the issues we will discuss. His delegation will include experts directly involved in this issue. I think the Russians and the Ukrainians understand that this is a key issue, and I hope that we will have a result in the next two weeks.

P. Demining of Ukrainian ports is a sensitive matter.

R. We have offered our help, if needed, but so far we have not received requests in this regard. The only condition that the Ukrainians set is that they be given guarantees that, when they demine, the Russians will not take the opportunity to attack Odessa, which is a legitimate concern. We have conveyed this message to Russia and President Putin gave a positive answer: he told us that he has no intention of attacking Odessa. We are hopeful that this will remain Russia’s final position, because we see it as a positive development.

P. In case an agreement is reached, how would the Ukrainian grain be distributed?

R. Just as it was done before the war, through international markets. We will facilitate and protect transportation across the Black Sea, and the Ukrainians will sell it to whomever they choose.

P. Regarding the Turkish blockade of the accession of Sweden and Finland to NATO, will there be any progress before the Madrid summit?

R. It depends on what Sweden and Finland do. Last week we had a very good meeting and all issues were discussed in a positive atmosphere. When we see progress on our requests, then the process will move forward. NATO is not a tourism or economic alliance, it is a security alliance. Which means that it must provide security to all its members equally and fairly. We take the security of our allies seriously, with our army, which is the second largest in NATO. So we expect the same from our allies. We call for concrete action against the terrorist networks of the [grupo armado kurdo] PKK [Partido de los Trabajadores del Kurdistán] or the [kurdo-sirio] PYD-YPG [Partido de la Unión Democrática-Unidades de Protección Popular], which shares the same structure as the PKK and take orders from it. They are collecting money, recruiting new members, doing propaganda campaigns in those countries and with that support they then attack Turkey. We cannot look the other way. In addition, we have requested the extradition of 38 individuals in recent years and they have rejected them directly, without stopping to consider them.

P. Other countries have refused extraditions to Turkey due to the danger of being tortured.

R. This has no basis. There is no torture in Turkey. That was in the 1970s or 1980s, now we have a zero tolerance policy for torture. The decision [de Finlandia y Suecia] of rejecting extraditions is purely political.

P. In recent years, debates over whether or not Turkey’s commitment to NATO is real have increased in Brussels and other European capitals.

R. Turkey has been committed to NATO for 70 years, participating in its decisions and its missions. In contrast, when it comes to Turkey’s national security, unfortunately, we do not see the same commitment from our allies.

P. President Erdogan has just announced a new operation in Syria. Is it hopeless?

R. In 2019, we reached an agreement with the Russians and the Americans to keep the PYD-YPG terrorists away from our border. With the Americans, the agreement was that they move [las milicias kurdo-sirias] 30 kilometers south of the border [turco-siria]. And with the Russians, it was that [las YPG] out of Tel Rifat and Manbij [en el norte de Siria]. None of these agreements have been fulfilled and we have received hundreds of terrorist attacks from these areas. So we will take the actions we deem appropriate to maintain the security of our territory and our citizens. Of course, we will talk about it with our allies, but we are not going to ask anyone’s permission.

P. The United States has warned that attacking areas under YPG control weakens the fight against the Islamic State (ISIS).

R. If the Americans had supported other Syrian opposition groups, they would also be the most effective in fighting ISIS. YPG grew strong thanks to US training, money, weapons. And because of that, it now controls large chunks of territory in Syria, where it has cracked down on anti-PKK Kurdish and Sunni Arabs. This terrorist organization uses the threat of ISIS to advance its own goals. When our American or European colleagues tell us: “Please don’t attack because there is the threat of ISIS”, we reply: “Where is that threat? We can go and fight her.”

R. We do not invade any country. They are anti-terrorist operations. We have no appetite for another country’s territory. We carry out these operations because there is a threat coming from there. If the country in question had the capacity to protect its border and prevent terrorist attacks against our territory and our citizens, we would not be there. In addition, the areas of northern Syria under Turkish control have become safe areas for the Syrians themselves. That same Syrian civilian population that Europe refuses to welcome. We give them security, shelter, education, health… in their own country and paid out of our own pocket. If it wasn’t for the Turkish presence in Syria, the PYD-YPG or Russia or the regime of [Bachar el] Asad would take these areas and another three or four million Syrians would flee and we would have another refugee crisis.