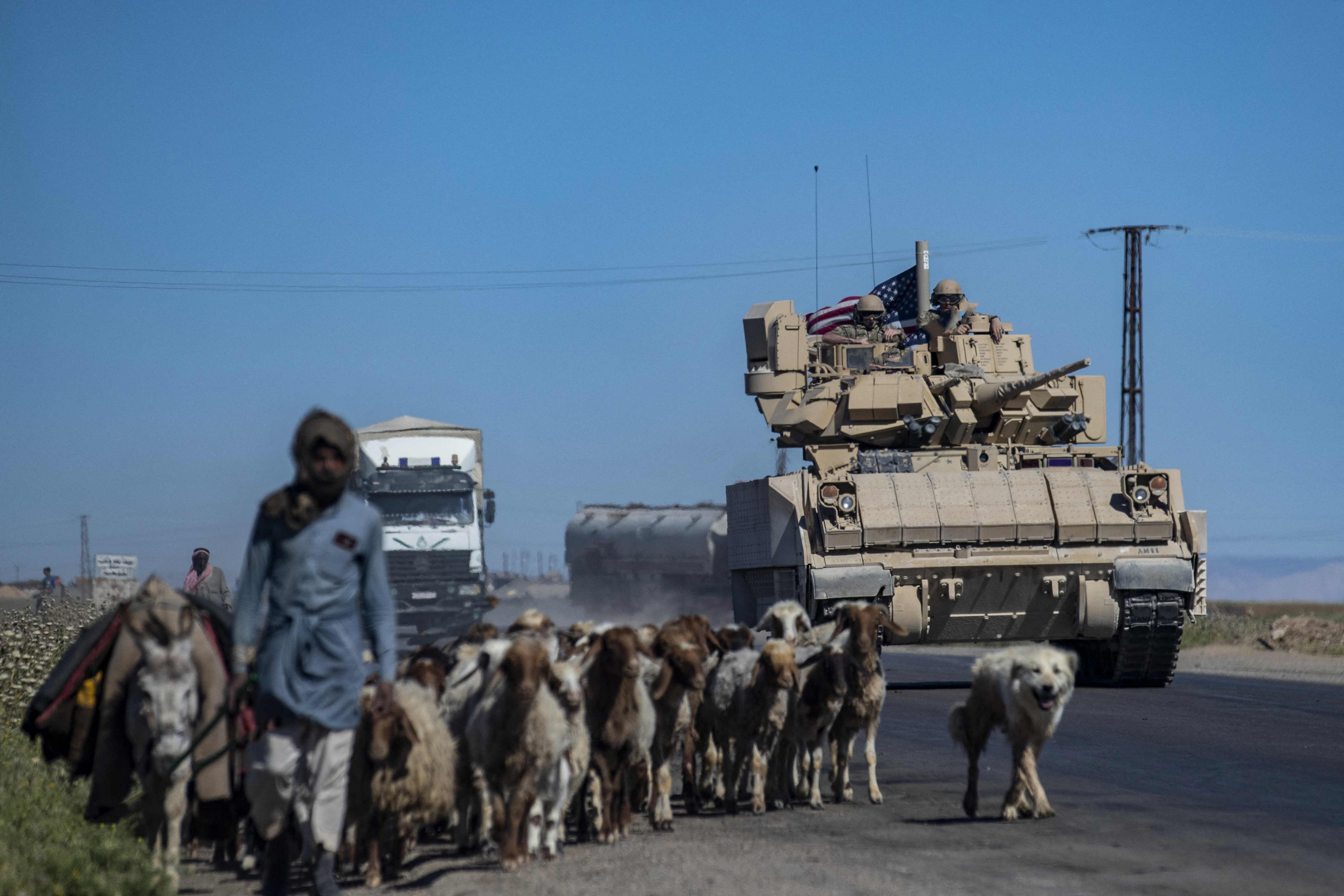 Turkey is launching a new military intervention in Syria, President Recep Tayyip Erdogan announced on Wednesday. “We are entering a new phase in our struggle to establish a 30-kilometre security zone south of our border,” the Turkish president said in a speech to parliamentarians from his party in Ankara. The announcement further strains the relationship with NATO, after Turkey has threatened to veto the entry of Sweden and Finland into the Atlantic Alliance. US Secretary of State Antony Blinken has warned that the operation could “undermine regional stability.”

In various incursions throughout 2016, 2018 and 2019, the Turkish Armed Forces have taken control of several swathes of territory in the northern Syrian provinces of Aleppo, Raqqa and Hasaka, and also maintain observation posts in the province of Aleppo, Raqqa and Hasaka. Idlib, controlled by Islamist rebels. The new operation would be directed against the areas of Tel Rifat —an enclave in the hands of Kurdish-Syrian militias surrounded by territory controlled by Turkey, to the north, and to the south, by the Bachar El Asad regime— and Manbij, also in Kurdish hands, but with an Arab majority. The objective, according to Erdogan, is to “cleanse terrorists” of these areas dominated by the Popular Protection Units (YPG), a militia closely linked to the armed group Kurdistan Workers’ Party (PKK), which attacks Turkey and is also included. on the lists of terrorist organizations of the European Union and the United States.

Last Thursday, the National Security Council met, which brings together the Turkish Government and representatives of the Armed Forces and espionage, to discuss the possible operation in Syria and the one that has been underway in northern Iraq since April 17. , where nearly thirty Turkish soldiers have already died and more than a hundred PKK militants have been “neutralized”, in Ankara’s words.

In recent days, troops from the Turkish army have moved to the border area with Syria and Syrian rebel forces loyal to Ankara have concentrated near the area where the new Turkish intervention is expected. Several towns around Tel Rifat and Manbij have been attacked by Turkish artillery and drones, and there have been demonstrations against the possible intervention of Turkey. Hundreds of shells have hit “arable fields, farms, medical institutions and communication posts” in an “area overcrowded by indigenous and displaced civilians from the areas of Ras al Ain and Afrin” (two locations occupied by Turkey), the service said. press release of the Syrian Democratic Forces (SDF), the YPG-led military coalition that runs much of northern and northeastern Syria.

Another objective of the Turkish intervention is to control territory to relocate Syrian refugees who currently reside in Turkey and who, due to the economic crisis, are increasingly less welcome. Turkish Interior Minister Süleyman Soylu warned on Wednesday that “Turkey cannot withstand a new wave of refugees,” stressing that the only solution is to “cleanse terrorists” of northern Syria to settle refugees in houses. that various Turkish institutions are building in the area.

The Turkish government also maintains that the commitment reached with Russia and the United States after its last intervention, in 2019, according to which a strip of 30 kilometers south of its border would be free from the presence of the YPG, has not been fulfilled. It is a difficult issue to resolve, since these militias enjoy great support in some Kurdish-majority areas of northern Syria and are, moreover, the main support for the troops that the United States still maintains in the north of the country. Since 2014 they have been Washington’s main ally in the fight against the Islamic State, which has resurfaced in recent months with various attacks.

In 2019, after various tugs of war, President Donald Trump ordered the withdrawal of the US military deployed on the Turkish-Syrian border, making way for Turkish intervention. This time, Washington has shown its opposition to new Turkish troop movements. “The big concern we have is that any new offensive would undermine regional stability” and “provide an opportunity for malicious actors to exploit instability,” Blinken said at a news conference in Washington on Thursday.

“We oppose any escalation in northern Syria and support the maintenance of the current ceasefire lines,” insisted the head of US diplomacy together with NATO Secretary General Jens Stoltenberg. “We don’t want anything that jeopardizes the efforts we’re making to keep ISIS in the box we’ve locked it in,” he added.

However, in the areas designated by Turkey for its new military operation, there is no presence of US troops, but Russian ones. Some information suggests that, due to the war in Ukraine, Moscow has withdrawn its military deployed in that area, who would have been replaced by troops from Hezbollah and Iran, a country that in recent months has strengthened its cooperation with the PKK through Iraq’s Shiite militias.

A new Turkish incursion into northern Syria can also be read as an attempt by Ankara to pressure and test its NATO partners before the Madrid Summit. One of the reasons why the Turkish government blocks Sweden and Finland from entering the Alliance is the arms embargo decreed against Turkey by these countries —as well as by other European capitals— as a result of previous Turkish interventions on Syrian soil. “We will see who supports us and who hinders us,” Erdogan warned in his speech.

At the same time, Erdogan explained that he has ordered to break the agreement reached with Greece a year ago to put an end to the tension in the Eastern Mediterranean and resolve their differences through negotiations. Turkey is upset by the growing relations between the United States and Greece, which have led to the inauguration of new US military bases on Greek territory (one of them very close to the Turkish border). As if that were not enough, in a recent speech before the US Senate and House of Representatives, the Greek Prime Minister, Kyriakos Mitsotakis, asked congressmen to vote against a modernization program for Turkish F-16 fighters, as well as the sale of new devices, which needs authorization from the US Congress. This Turkish demand, which is supported by the Joe Biden Administration, was intended to be used as compensation to Ankara for its exit from the development and manufacturing program of the most modern F-35 (in which it invested 1,400 million dollars, 1,310 million euros). Turkey was expelled from this program due to the acquisition of a Russian S-400 missile system, which is considered incompatible within NATO’s system mechanisms, although Ankara argues that Greece has a similar one, the S-300, installed on the island of Crete.

Also Read  Claudio Zulian, Pasolini and the strangeness of a standard lifestyles | The US Print