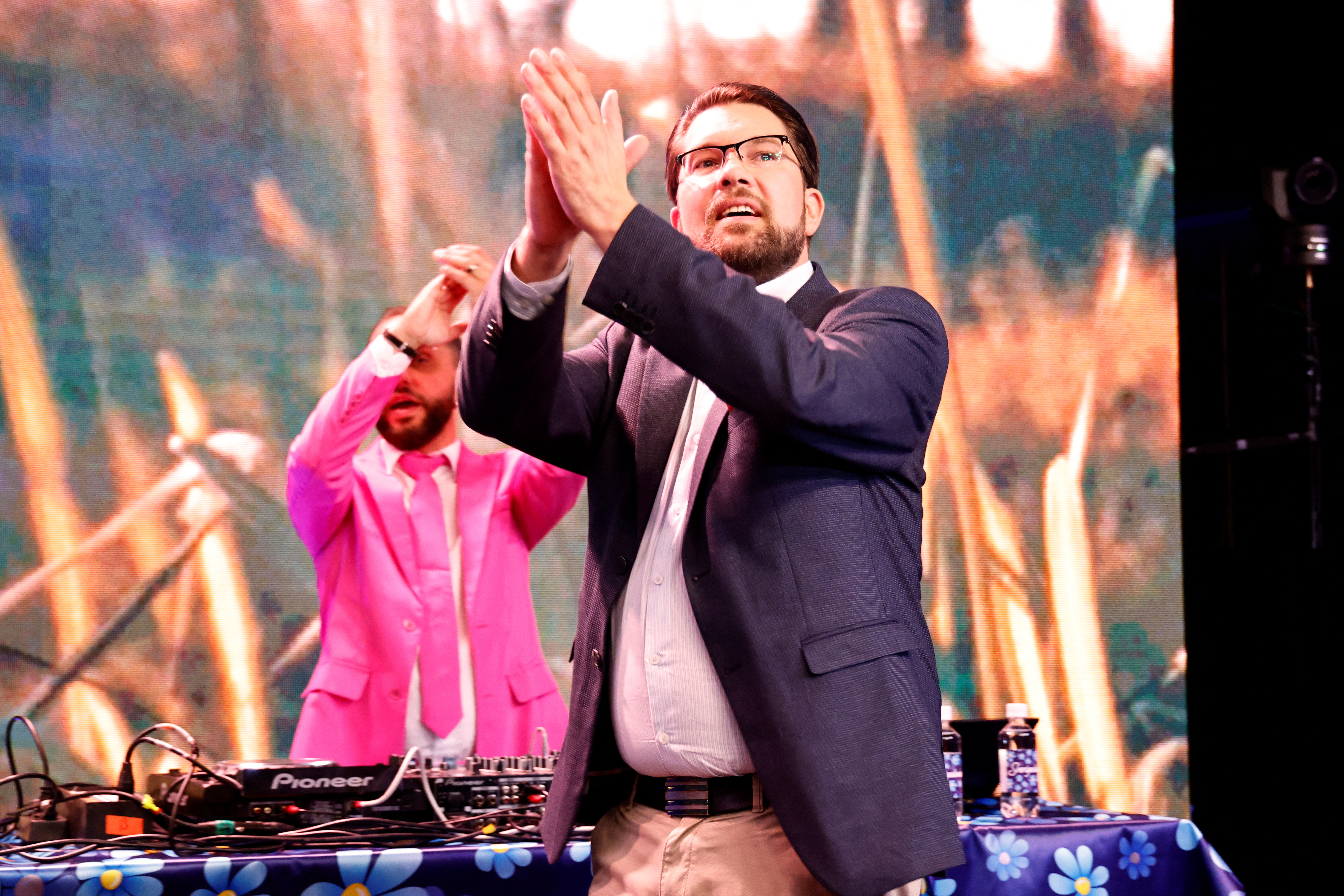 The day Jimmie Akesson took over the reins of the Sweden Democrats (DS) at just 26 years old, the party was a nest of neo-Nazis with a deeply xenophobic discourse that had obtained just over 1% of the vote in the last elections parliamentary After 17 years in office, Akesson today leads one of the most powerful far-right formations in the entire European Union. After the elections this Sunday in the Scandinavian country, DS has become the second political force (with 20% of the votes), and the first of the right-wing bloc.

The final results will not be before Wednesday. The tightness of the vote (with 95% scrutinized, the right-wing bloc adds 175 deputies compared to 174 from the left-wing bloc) leaves the final distribution up in the air until the vote of the expatriate Swedes is known, of those who changed schools election day on Sunday to avoid the long queues at some centers, and some of those who voted early. Despite this open result, and the fact that the Social Democratic Party has clearly been the formation with the most support, the leader of the extreme right is the one who monopolizes all the spotlights. The sorpasso from DS to the Moderate Party (conservatives), until now the majority force of that ideological spectrum, and the provisional victory of the right-wing block against the left by a single deputy give Akesson a clear decision-making power over the future of the Nordic country.

With a strong build and impeccable beard, Akesson cultivates the image of an ordinary Swede, far from the formal and intellectual touch that usually characterizes the leaders of the traditional Swedish right. Divorced and a moderate ex-militant, he abandoned his university studies to dedicate himself fully to far-right education. From the first moment at the head of DS, he tried to offer a less radical profile. He changed the party’s logo: from a torch with a Swedish flag that emulated the National Front of the United Kingdom, to a blue and yellow flower. He expelled from the formation all the members who had flaunted his neo-Nazi ideology, and focused his speech on a frontal rejection of immigration, but avoiding the xenophobic speech that had characterized the party for years.

Still, that transformation seems more superficial than real. A report published at the end of August by the Swedish think tank Acta Publica indicates that 214 DS candidates —in addition to parliamentarians, regional and local elections were also held— had ties to neo-Nazi organizations or had been convicted of hate crimes. And in the middle of the electoral campaign, a party member sent an invitation to 30 colleagues to commemorate the 83rd anniversary of the Nazi invasion of Poland.

In 2006, in the first parliamentary elections with Akesson at the helm, the party doubled its votes, although it was still far from the 4% of votes needed to gain access to Parliament. It began to gain ground in the province of Scania, in the south of the country, where the proportion of the foreign population was considerably higher than that of the rest of the country. His speech was based on linking the arrival of refugees with crime and the increase in unemployment. The rest of the right-wing parties criticized his proposals and called them racist.

Its first great success came in 2010. After obtaining just over 5% of the vote, the Swedish extreme right entered Parliament for the first time. It was a marginal formation, no other party wanted to maintain any link with them. In the following years, DS exponentially increased its number of members, and in 2014 it already became the third parliamentary force. After the refugee crisis that Europe experienced in 2015, during which more than 160,000 people settled in Sweden —mainly Syrians, Iraqis and Afghans— the rejection of the arrival of foreign population ceased to be an exclusive issue of the extreme right. After the 2018 elections, it was the cordon sanitaire to the extreme right that allowed the social democracy to remain in power.

Faced with its unstoppable rise, the two parties of the traditional right (Conservatives and Christian Democrats) gave a clear turn to their strategy. The leader of the moderates, Ulf Kristersson, began to define DS as a “serious formation with constructive ideas”. And the cordon sanitaire was definitely blown up last year, when the three right-wing formations approved alternative Budgets to those presented by the coalition government between Social Democrats and Greens. The traditional right, together with the liberals, began to defend the idea of ​​joining forces with the extreme right to oust the social democracy from power. During the campaign for Sunday’s elections, it became clear that the anti-immigration policies that had marginalized the extreme right for more than a decade had spread across much of the political spectrum in the Scandinavian country.

“The biggest transfer of votes during these elections seems to have been from the moderates to the extreme right,” Sirus Hafström Dehdari, a professor of political science at Stockholm University, says by phone. “When the other parties have replicated their proposals, many people have opted for those who first defended them,” he explains. Dehdari considers that the factors that have most benefited the radical formation have been the increase in crime —Sweden has become the second country in the EU with the highest rate of homicides with firearms—, the deterioration of public services , rising inequality, and increasingly precarious employment conditions. The professor points out that another reason that justifies the increase in DS is that, unlike conservatives, liberals and Christian Democrats, they were not part of the Government between 2006 and 2014.

Various 180-degree turns also appear to have benefited Akesson’s formation. In 2019, he abandoned his Europhobic position; after the Russian invasion of Ukraine, his outright rejection of joining NATO evaporated; and the mockery of climate change has been over for years.

Should the victory of the right-wing bloc be confirmed later this week, the political future of the EU’s third-largest country is hard to guess. Moderates, Christian Democrats and liberals have defended during the campaign the possibility of governing with the parliamentary support of the extreme right, even offering them a ministry —Akesson showed great interest in Justice, when all the polls placed his party in third position—. However, the option of making the ultra leader Prime Minister does not seem like an option that they can present to their electorate.

The talks between moderates, Christian Democrats and the extreme right have already begun this Monday, although nothing has transpired for the moment. “If there is a change in power, we will have a central role in the future government,” Akesson warned at the end of election night. The leader of the moderates limited himself to replying that his intention is to form an Executive that includes liberals and Christian Democrats. To be sworn in as Prime Minister it is not necessary to have an absolute majority of votes in favor, but it is necessary that 175 votes against are not added. After the elections four years ago, Sweden entered a political paralysis of 134 days until a new government was born.

The chances that the left-wing bloc (social democrats, ex-communists, ecologists and centrists) will finally reverse the result in their favor are slim, but not zero. The margin that separates both blocks is about 45,000 votes and there are still hundreds of thousands of ballots to be counted. All the latest polls before the election date and two exit polls gave a slight advantage to the bloc led by Magdalena Andersson, the Social Democratic prime minister. In the 2018 elections, three seats fluctuated between the provisional results at the end of election day and the final ones. And in 1979, the vote abroad finally gave victory to the conservative alliance against the one led by Olof Palme.