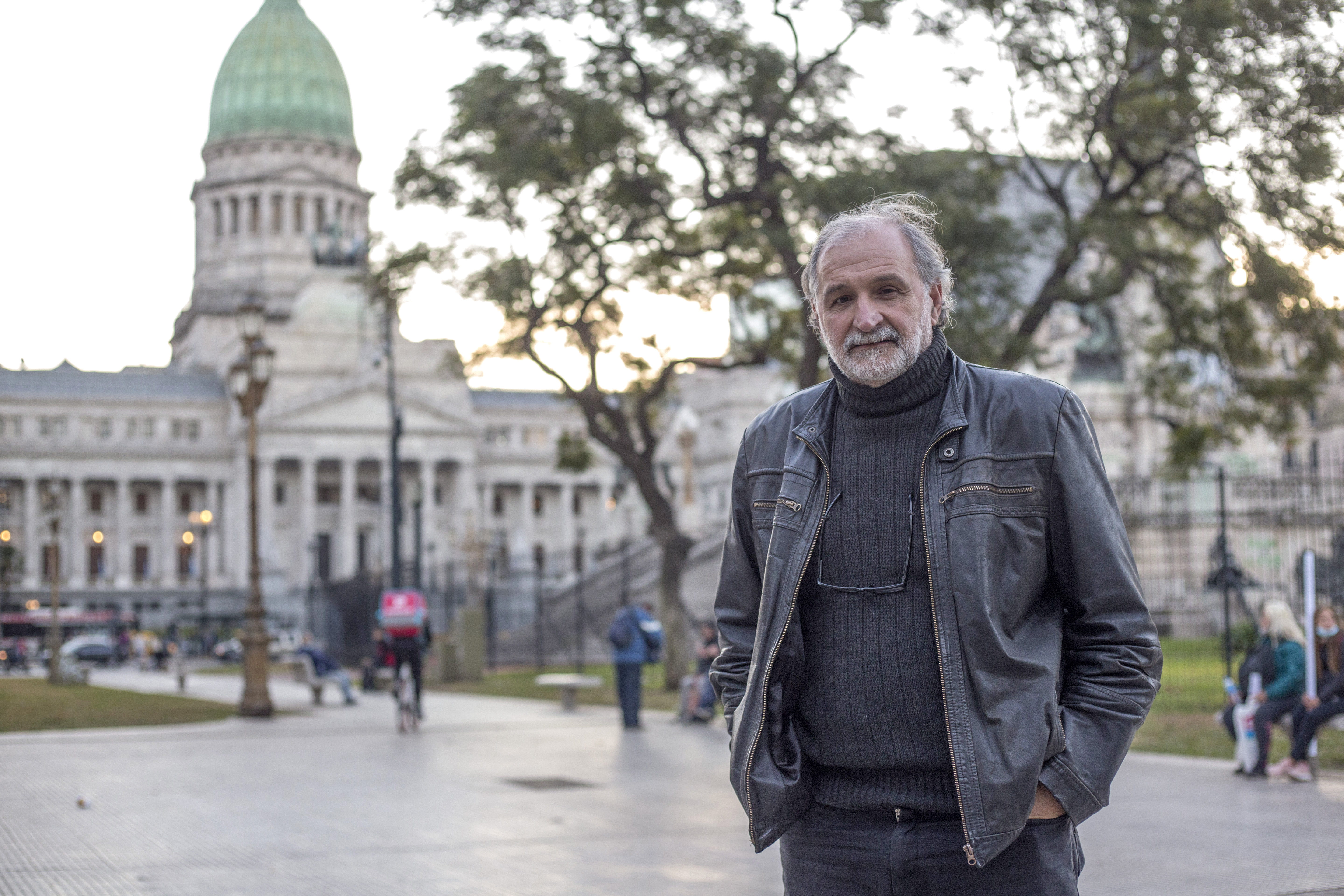 The Argentine piquetero leader Eduardo Belliboni (Banfield, 63 years old) appears next to the Mother of Plaza de Mayo Nora Cortiñas in his WhatsApp photograph. With its almost two meters in height, the Tiny Belliboni (an ironic nickname that he retains from his days as a railway worker) has become one of the most visible faces of the protests against the government of Alberto Fernández. In an interview with EL PAÍS, he rescues the organization of the Mothers in the last dictatorship to defend the importance of street fighting in Argentina. “When someone says that protesting is useless, they should think of the Mothers of the Plaza de Mayo, who managed to get the genocide punished. They were alone protesting in the most difficult conditions, going around the square, and almost everyone looked at them badly, including some sectors of the town. They called them crazy when they were the only ropes in this country where they were kidnapped, tortured and murdered, ”he says.

In recent months, the referent of the Polo Obrero, the social organization affiliated with the left-wing party Partido Obrero, has led mobilizations and camps in the center of Buenos Aires in a context of soaring inflation that is already close to 60% year-on-year and hits especially to the poorest. “There are people who tell us: ‘You protest every day.’ But how are we going to protest every day? We couldn’t, it would be impossible. What happens is that there are many protests because Argentina is a society in conflict. The institutions that have to give answers do not give them”, affirms Belliboni.

He gives as an example the serious loss of purchasing power in recent years. “The minimum wage today is indigence, it is 39,000 pesos (317 dollars),” he says, explaining that this salary is not even enough to buy food, according to official data. Two minimum wages are also not enough for the basic family basket, which includes, in addition to food, goods such as clothing, footwear and medicines (but not the cost of rent). “The basic basket today is 90,000 pesos (730 dollars) and nobody, or very few, charge 90,000 pesos in Argentina. Salaries are, on average, between 50,000 and 70,000 pesos. We are talking about the blank salary, the salary of unregistered workers is even lower, ”he denounces.

For Belliboni, the current crisis is heir “to the problems not resolved in 2001, such as the indebtedness of the Argentine governments.” Unlike then, when Argentina went bankrupt, the Argentine Congress agreed in March to restructure the debt of 45,000 million debt with the IMF, which was opposed by the left and part of Kirchnerism, today within the Government.

This social reference coincides with those who oppose the payment of the debt and the reduction of the public deficit agreed with the IMF and defends that the funds must be used to improve the living conditions of Argentine society. “The Government should launch public works that allow millions of people to be employed, have housing plans that could promote construction, but there is nothing of all this. Why? Because the national budget is absorbed by the payment of the debt [al Fondo Monetario Internacional]”, he maintains.

At 63 years old, Belliboni is now fully dedicated to militancy, although he says that he still does some occasional work as an electrician, one of the many occupations he has had throughout his life, in addition to being a railway worker, a train driver and an employee in factories.

“What a mess they put together the other day,” says a woman as she approaches the coffee table where the interview takes place, a few meters from the Argentine Congress and a couple of blocks from where the Polo Obrero is holding the plenary session in which the date will be decided. of the next mobilization. “Quilombo we put together, but I don’t know if he is for or against,” the piqueteros leader questions when he leaves.

Part of the Argentine population criticizes the traffic chaos caused by the demonstrations and asks the Government for measures to limit them, but for now they have not prospered. The macrista Executive approved a protocol that it did not put into practice later. The current government has also unsuccessfully asked the picketers to find other ways to claim. “The right to transit is never eliminated, because not all streets are cut off, some are cut off, especially the main ones and where the political power is. On the other hand, the right to eat is not limited to that day, at that time and in that place, but occurs every day. There are many people who do not have the right to eat, who do not have the right to a job, and that is above the difficulty that someone may have to travel at a given time”, answers Belliboni.

Some social movements are part of Fernández’s Peronist government, such as Barrios de Pie and the Movement of Excluded Workers (MTE). The Executive also retains the support of the large workers’ centrals, the CGT and the CTA, but the left does not feel alone in the streets. “In Argentina, the labor unions have abandoned the workers to their fate and each one leaves on their own. You have a problem with the light and nobody gives you a ball. So what do people do? He goes out to cut the street. Factories go out to block streets. The workers’ unions should be fighting against the adjustment, being a claim channel through, for example, a strike, but they don’t, they are the transmission belt of the Government’s interests. Not only from this Government, from all of them”, he adds.

Unlike referents from Barrios de Pie or the MTE, who believe that the strong network of social assistance in the neighborhoods reduces the risk of a social explosion like the one in 2001, Belliboni believes that “the conditions are given” both in Argentina and in Latin America. “What cannot be predicted is when it will happen, because an outbreak has to do with the social conditions with which the people live, with the fact that one day people sometimes get fed up with apparently the smallest things. As they said in Chile: it’s not the 30 pesos that the subway increased, it’s 30 years of humiliation,” she says.