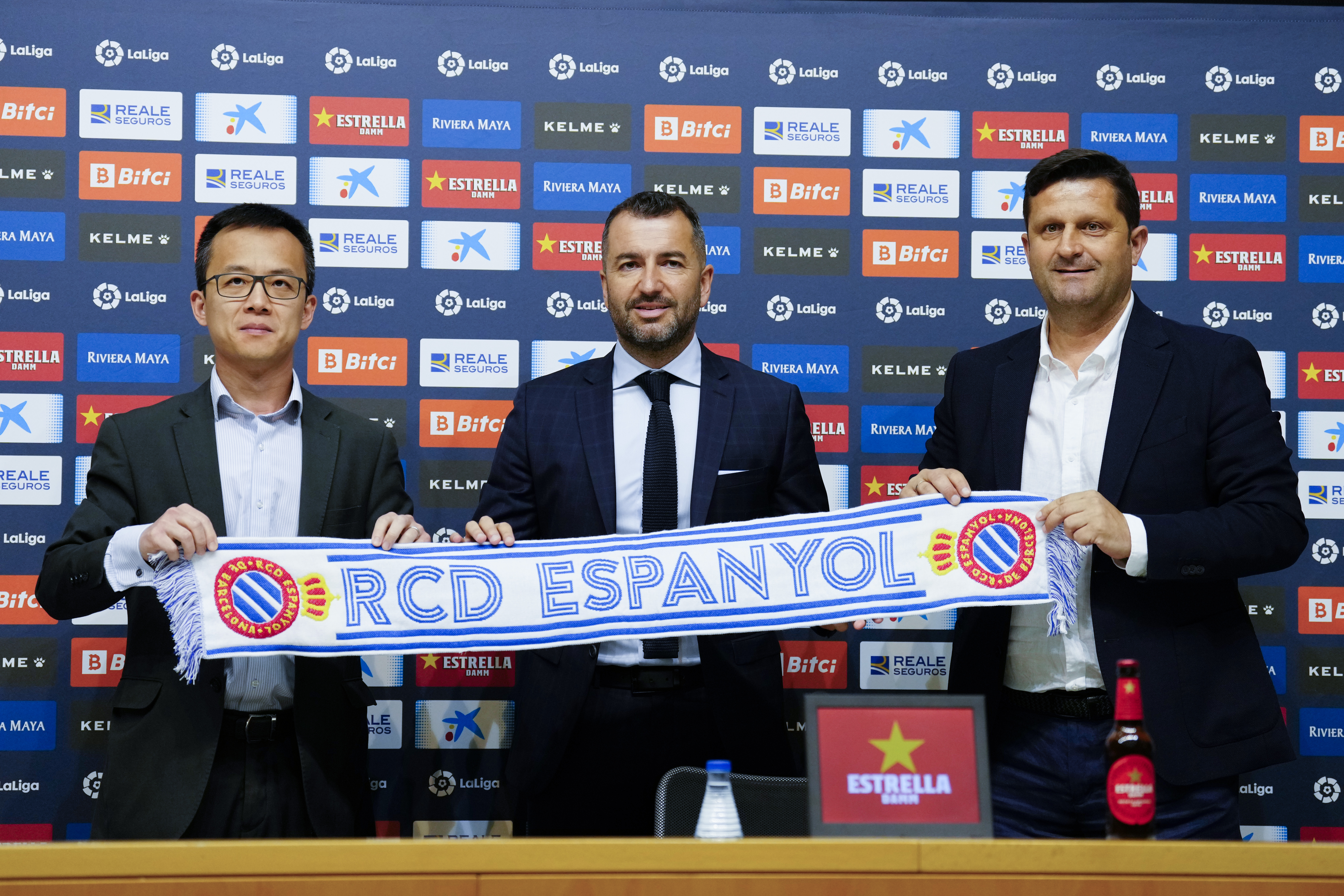 It was an open secret, a decision that had already been made a few days ago, as the CEO Mao Ye hinted at in a social gathering with Espanyol fans. “He is a coaching profile that can give us a lot”, the blue and white CEO then resolved. Days passed, it has come true; Diego Martínez (Vigo; 41 years old) is the new coach parakeet until 2024. The tenth in the long list of president Chen Yansheng, who came to office in 2016, and who now intends to give stability to the entity (or, what is the same, not drop from tenth place in the League) and return to connect with a hobby that has shown during the course its disapproval for the management in the offices and for football on the pitch. “As a team we have to offer, not ask. That he has confidence, that he believes in the team and from there we can shape a path together. personal commitment is very high. It’s my way of living. And here the club is a way of feeling ”, resolved Martínez in his presentation in society.

Aware of the social disagreements even though he lives in China, Yansheng decided in March to change his CEO – José María Durán left for Ye to take over – and also fired coach Vicente Moreno when there were two days left for the conclusion of the championship, already achieved the minimum objective of permanence. An economic decision -it was cheaper for the club to do without him before the end of the course as stipulated in a clause of his contract-, and consistent with the idea that it was not necessary to prolong his stay in the team. After him, the sports director Francisco Rufete was also fired, which strained relations with almost everyone, also with the fans. Now, with Diego Martínez, a new era begins.

Also Read  The Ravier twins: there were two but they seemed twenty-two | The Mountaineer | Sports | The USA Print

After a year off in which he traveled to England with his family to learn English and, above all, to see and absorb different models and game proposals, several teams knocked on Martínez’s door. None convinced him as Espanyol did -also President Chen, with whom he had a talk on Monday-, who gives him a voice and a vote in the composition of the squad that will also be configured by sports director Domingo Catoria, every time that it is already known that forward Joselu (Alaves) and winger Brian Oliván (Mallorca) are worded for and just around the corner. Although now it remains to be seen what happens with the players who end their contracts (Melendo, Fran Mérida, Dídac Vilà, Diego López, Oier and David López), also with Vilhena because he is on loan but the Blue and Whites kept a purchase option for something less of three million. In the same way, the players on loan await a verdict: Pol Lozano, Víctor Gómez and Matías Vargas. “I like to start from scratch, with a blank page. I’m not going to go into proper names, I don’t know the template that we can configure. The team will be the star, all at his service. And get excited and transmit as a team, which is the most important thing”, agreed the coach.

It is not an easy position for Martínez, who, however, soon explained to football who he was, because at just 33 years old he took the reins of Sevilla Atlético (2014-17) to promote it to the Second Division and keep it in the category. Merit that led him to direct Osasuna (2017-18), although the adventure did not go too well for him because he failed to classify the team for the play off of ascent. A stone on the road because from there he went to Granada (2018-21), a team that he took to the First Division and then classified it to the Europa League, where he reached the quarterfinals to fall into the boots of Manchester United, in addition to other quarterfinals in the Cup.