Depp vs. Heard: Heard’s team will not ask Depp to testify again, ‘He would serve us as well as a bicycle serves a fish’ 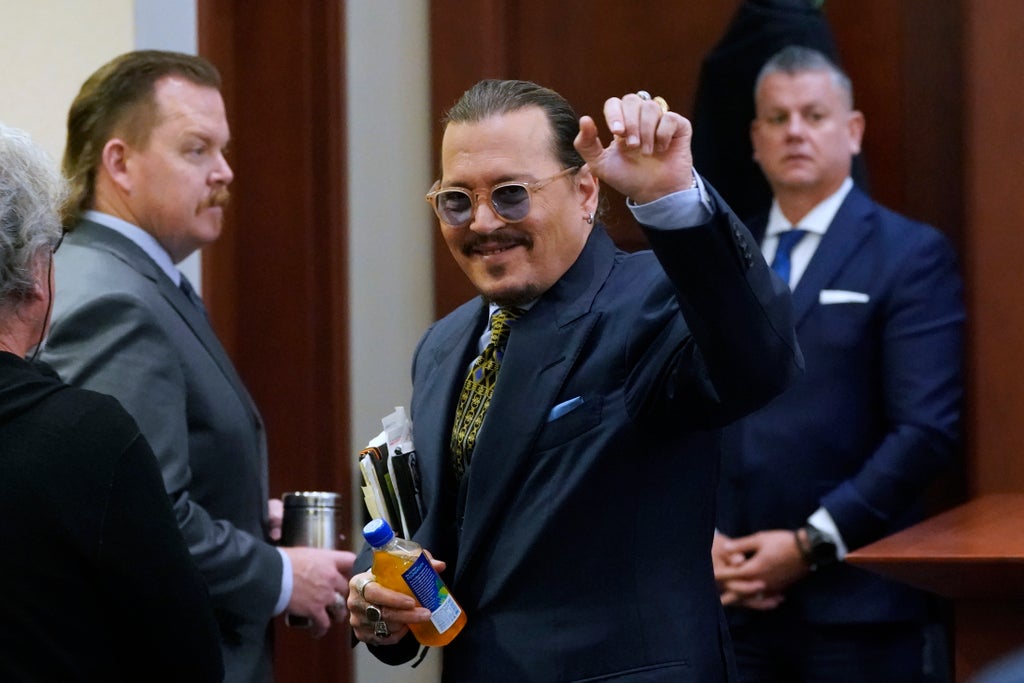 Amber Heard’s legal team announced that it will no longer call Johnny Depp to the witness stand.

In a statement to the press, Heard’s lawyer said that “calling Depp back to the stand would be as useful to us as a bicycle is to a fish. Everything Depp has testified to this point has been irrelevant to the core of this case, and there is no reason to believe that it would be any different now.”

Court TV legal correspondent Chanley Shá Paintertweeted that “this statement is from a source close to Amber Heard this afternoon after her team changed their minds about calling Depp to the stand.”

The defamation trial between Depp and Heard began on Monday, April 11, in Fairfax, Virginia, after he sued her in March 2019. Depp argues that she defamed him in a December 2018 op-ed published on Washington post entitled “I spoke up against sexual violence — and faced our culture’s wrath. That has to change [Me pronuncié en contra de la violencia sexual y enfrenté la ira de nuestra cultura. Eso tiene que cambiar]”.

the correspondent by Law & CrimeAngelette Levy, tweeted that Heard’s team “will not call Johnny Depp to the stand as originally planned. He will return during his rebuttal case. Is this a matter of time? To the team [de Heard] you have less time than [al de Depp]”.

“We had said this would be risky. They don’t have much time left and Johnny Depp was largely considered by Amber Heard’s lawyers to be uncontrollable as a witness. Many legal observers believe that he did well on the stand”, added.

“Heard’s team is running out of time to present their evidence…at the start of the week they only had about 8 hours to use on their main case and rebut this week,” added painter.

In her 2018 op-ed, Heard wrote in an excerpt: “Like many women, I was sexually harassed and assaulted when I was a college age. But I kept quiet, I did not expect to file complaints to do justice. And I didn’t see myself as a victim.”

While Depp is not mentioned in the article, his legal team argues that it contains a “clear implication that Mr. Depp is a domestic abuser,” which they say is “categorically and demonstrably false.” Depp is seeking compensation of “no less than $50 million.”

Heard has filed a $100 million countersuit against Depp for nuisance and immunity from his charges.

J Balvin Is Performing a Futuristic VR Concert | Entertainment | The USA Print
Jennifer Lopez and Jason Duhamel have an explosive wedding in "Shotgun Wedding" | Entertainment | T...
Olga Tañón published a new song | Entertainment | The USA Print
Allu Arjun: UAE Golden Visa for Allu Arjun.. Photos going viral..
Ivana Shaji: Beauty is only beauty, you are beautiful.. Do you know who is Love Today's beauty Ivana...
Tamannaah: An angel-like danger was born.
Tamannaah: 'Tamannah' wow photos that don't match all the words of compliments..
Samantha: If the sculptural beauty of Brahma shines through the saree, this is what it would look li...
Mrunal Thakur: Sita Mahalakshmi is beautiful.
Nora Fatehi: Nora Fatehi says that there is nothing to excite the fans.
Nora Fatehi: What happened to Nora..? Bollywood star dancer who has completely changed her avatar.
Mrunal Thakur: Denti Basu is so beautiful.. Vaiyarala Sundari in lehenga.. 'Mrunal' new photos..
KLRahul-Athiya Shetty: Two eyes are not enough.. Have you seen the wedding photos of KL Rahul-Athiya...
Sreeleela: If you do anything to our hearts, who is responsible?
Hansika Motwani: Even after marriage, she is a sweet girl.
Regina Cassandra: Your innocent looks are the pale swords of boys' hearts.. 'Regina' wow look photos...
Navya Naveli Nanda: Beauty more than heroines.. but not a single film offer.. Do you know about Amit...
Kajol: Can anyone believe that Kajol's age is near to 50?

Previous article
The last hope against the strange cluster headache that makes you scream in pain: “It was impossible to sleep or live” | Health & Wellness | The USA Print
Next article
Google checks the location and online activity of Spaniards 426 times a day | Technology | The USA Print