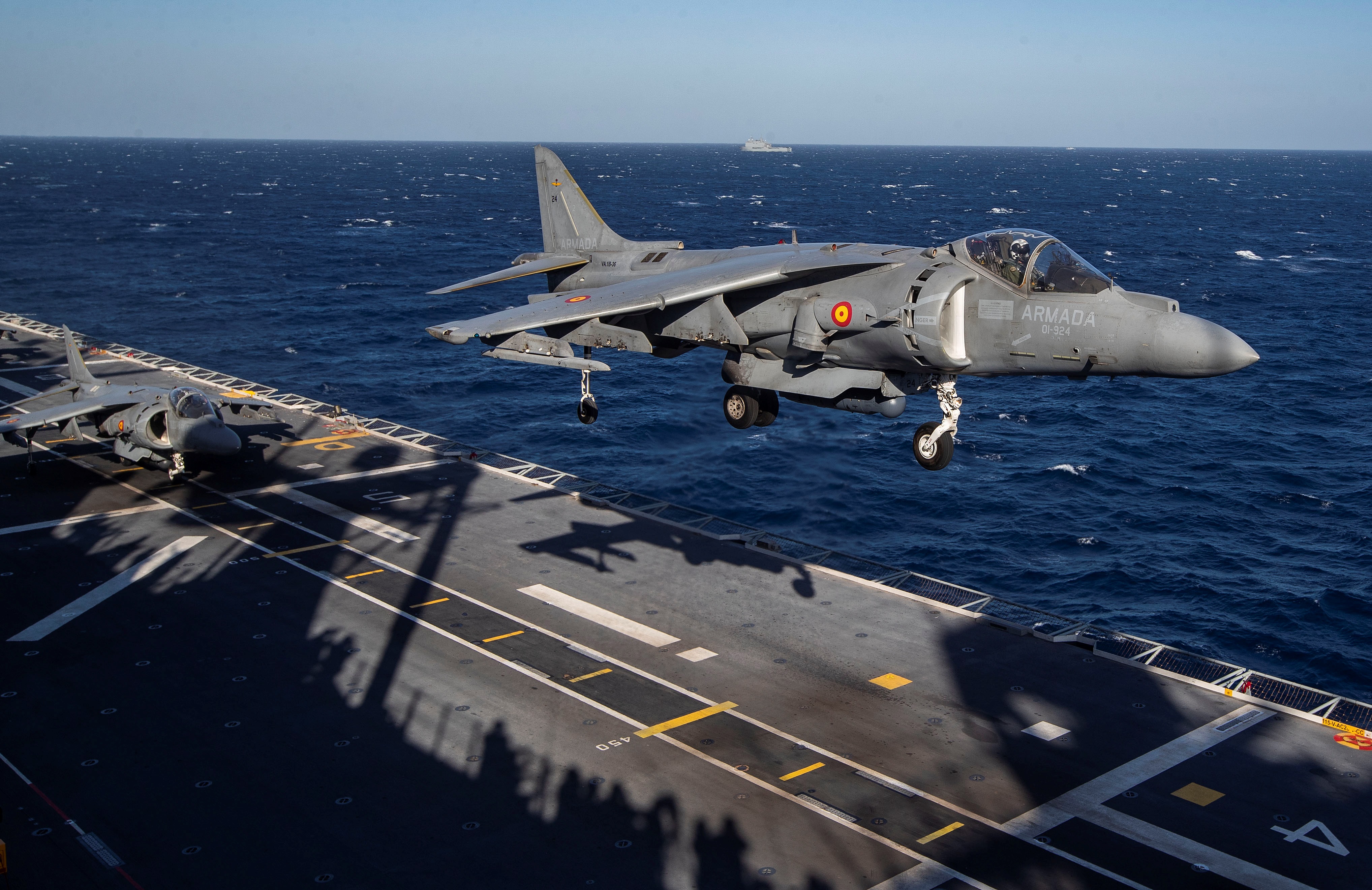 The Ministry of Defense wants an increase of 3,000 million euros in its budget to meet Spain’s commitments with the reinforcement of the allied defense before the summit that NATO will hold in Madrid on the 29th and 30th, according to government sources. The Spanish Executive has already communicated to the Atlantic Alliance its plan to double military spending before the end of this decade (going from 1.03% to 2% of GDP). An extraordinary loan would serve to demonstrate with deeds and not just with words the solidity of that commitment, despite the fact that even with those 3,000 million, military spending would still be far from approaching the objective and would be around 1.2% of the GDP. Although a measure of this type should be approved in the short term, its execution would last at least this year and the next, since the sources consulted admit that there is no technical capacity to spend said amount before December 31.

The credit to increase defense spending should be reflected in a decree law, which would have to be approved by the Council of Ministers and ratified by Congress; which could reopen tensions within the Government, between the PSOE and its minority partners of United We Can, and also in Congress, between the Executive and its investiture allies. Every year, the Treasury authorizes extraordinary credits for Defense charged to the contingency fund, but these expenses, to cover military operations abroad, have already been planned since the beginning of the year, although their exact amount is not known, and are around 1,000 million , counting on the item already included in the budget. On the other hand, Treasury sources, who assure that Defense has not yet put its proposal on the table, do not believe that an increase in military spending of this volume is now viable and that it be approved by Parliament.

Saving the enormous distance between both measures, the Defense proposal is inspired by the model of Germany, whose tripartite government (social democrats, liberals and greens) has approved an injection of 100,000 million to modernize the German Armed Forces (Bundeswehr), in parallel to the commitment to raise its annual military spending to 2% of GDP.

Spain spent 12,208 million euros on defense last year, according to NATO data, so an increase of 3,000 million would be equivalent to increasing military spending by almost 25%. It remains to be seen what the final amount is and if it is anticipated in the form of an extraordinary credit, as Defense wants, or is postponed to include it in next year’s budget, as suggested by the Treasury.

The main argument of the ministry to justify this credit is the strategic shift caused by the invasion of Ukraine on February 24. It is not just that most European countries have launched plans to accelerate the modernization of their Armed Forces and that Sweden and Finland have abandoned their traditional neutrality to ask to join NATO. The Atlantic Alliance itself has decided to reinforce its deployment in Russia’s neighboring allies and reduce the enlistment period of the units assigned to its contingency plans. For Spain, this change has meant the reinforcement of its contingent in Latvia, which has gone from 350 soldiers at the beginning of a year to around 600 in the coming weeks, once the NASAMS anti-aircraft missile battery is incorporated.

The main change, however, is the drastic shortening of the amount of time it takes for units to become combat ready. Until now, except for a few units assigned to reaction forces, most had a minimum enlistment level. This meant that the templates were not adequately covered and did not have the expected equipment. It was assumed that, if necessary, there would be enough time to provide them with personnel and material.

The Russian invasion of the former Soviet republic has radically changed the scenario. NATO no longer wants units that only exist on paper, but needs them manned and trained at all times. The situation is especially serious for the Spanish Armed Forces, which in recent years have seen their maintenance item reduced to a minimum. The bill for the large weapons programs (the Eurofighter fighter, the Leopard tank or the S-80 submarine), has eaten up the investment budget and has reduced the support funds to a minimum, which directly affects operations of the units, since it serves to pay for flight hours, days at sea or field trips. Putting them back on point requires a strong injection of resources.

Another argument to justify this credit is the need to replenish the ammunition reserves of the three armies, which have been decimated by the massive deliveries made to the Ukrainian Ministry of Defense (11 transport flights and a logistics ship with 200 tons) to make against the aggression of Vladimir Putin. Although part of these supplies will be financed with EU funds, orders cannot wait.

President Pedro Sánchez has not commented on this credit, but on May 30, commemorating the 40th anniversary of Spain’s entry into NATO, he defended the increase in military spending, alleging that the invasion of Ukraine “has opened the eyes to European societies, also to the Spanish one”, who have understood that “security is not guaranteed indefinitely”. For this reason, he added, “it is essential” to strengthen deterrence capabilities, even if it comes at a high cost. “We are very aware of this, but we must make that effort, because the cost of sitting idly by is much higher,” he concluded.