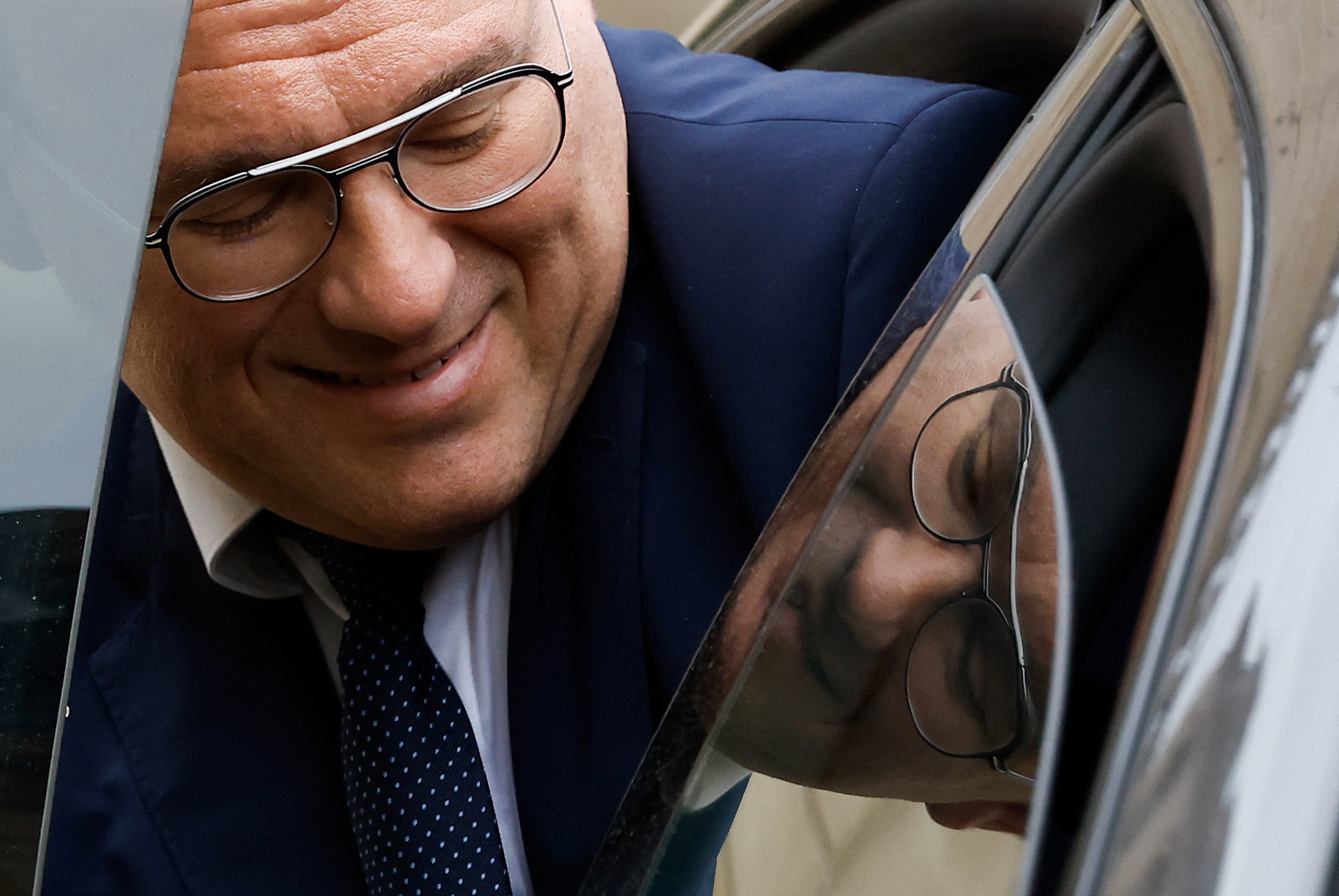 Damien Abad (Nîmes, 42 years old) was one of the star signings of the new government of French President Emmanuel Macron. Abad held, until last week, the leadership of the parliamentary group of Los Republicanos (LR), the historical right-wing party. More than a signing, Abad’s appointment as Minister of Solidarities, Autonomy and Disabilities was a hostile takeover bid for the Conservatives. And the minister, a true political trophy: a leader of the main force of the opposition who passed with weapons and baggage to the other side.

But the satisfaction in the macronista ranks after the appointment of the Government on Friday was short-lived. It definitely cooled down when the newspaper Mediapart revealed on saturday that two women accused Abad of rape. The news disconcerted the new prime minister, Élisabeth Borne, and it blurred any novelty effect the new team might have had. The revelations have hindered the start of the five-year term and the campaign for the legislative elections on June 12 and 19.

The Paris Prosecutor’s Office announced this Wednesday that it lacked sufficient elements to open a new investigation, a momentary respite for Abad after a few days on the tightrope. Borne had indicated that he would keep him in office unless the justice intervened. according to the weekly Le Canard EnchainéMacron reminded his aides on Sunday: “Only justice can decide on guilt or innocence.”

“Acts materially impossible due to my disability”

Abad suffers from a disability that limits the movement of his limbs. “I have always avoided highlighting my disability”, told the press on Monday. “I am forced to do so to defend myself and even to reveal my privacy in detail by explaining that the facts imputed to me are materially impossible.”

The decision of the Prosecutor’s Office can also be a relief for a Government that, in fact, is provisional. If the macronistas lose the parliamentary majority in the legislative elections, Macron will have to appoint a prime minister and a new executive from the new majority. The president’s electoral coalition, which is called Ensemble (Together), is the favorite, but any stumbling block can have a cost in deputies.

The abbot case has tested the criteria for retaining or dismissing a minister. What is the right time? When someone accuses you in the media? When the courts receive a complaint or when an old complaint is revealed? When does justice open the investigation? When the minister is imputed? When does the sentence fall?

Macron, during the campaign that brought him to power in 2017, proclaimed: “In principle, a minister must leave the government if he is charged.” It was a question, according to the term in vogue at the time, of “moralizing” public life. In a decade, France saw how a former Budget Minister, Jérôme Cahuzac, ended up convicted of tax fraud and money laundering; a former prime minister, François Fillon, for a case of fictitious jobs; and a former president, Nicolas Sarkozy, for illegal financing and corruption and influence peddling (Fillon and Sarkozy have appealed).

Those were also the Me Too years and the reports of abuse and violations that until then had remained hidden. Macron, re-elected in April for another five years, maintains that equality between men and women and the fight against sexist violence is “the great cause” of his presidency.

Two women accuse Abad. The first, that Mediapart Identified by her first name, Margaux, she filed complaints in 2012 and 2017 against Abad, whom she accused of having raped her in 2011. The complaints were archived. The second woman, identified by the pseudonym Chloé, accuses him of having raped her during a meeting in 2010 in which she fell unconscious after drinking the champagne he served her. Chloé presented the accusation on May 13 through a message sent to the Observatory of sexual and sexist violence in politics, a non-governmental organization founded by feminists in the orbit of the left-wing opposition. The Observatory communicated this by email last week to the LR and Renaissance parties (the new name of La República en Marcha, Macron’s party). Unanswered.

The Prosecutor’s Office has explained that, since Chloé’s real identity was unknown and she was unable to collect her testimony directly, she was unable to accept the case. But he could take over the investigation as soon as the victim identified himself.

There is no clear doctrine in the Elysee in cases like that of Abad or other accused ministers. In 2017, Macron preventively relieved several ministers for open cases due to fictitious employment or nepotism. They weren’t even charged. An Ecology Minister, François de Rugy, resigned in 2019 after it was revealed that, when he was presiding over the National Assembly, he had offered lobster banquets, among other expenses considered excessive, and more so in the midst of the revolt of the yellow vests against the elites of Paris.

Instead, the President of the Republic kept one of his strong men, the Minister of the Interior, Gérald Darmanin, who for months was the subject of an investigation for alleged rape. Darmanin was never charged and, at the beginning of the year, his case was filed. Another influential minister, the head of Justice, Éric Dupond-Moretti, is chargedin his case due to an alleged conflict of interest.

Both Darmanin and Dupond-Moretti continue in the new government. Abad, who is neither under investigation nor has he been charged, too.

Previous article
Davos prepares for the next crisis | Economy | The USA Print
Next article
Shooting in Texas: Uvalde, the town that changed children’s laughter for silence: “The duel will last for years” | International | The USA Print