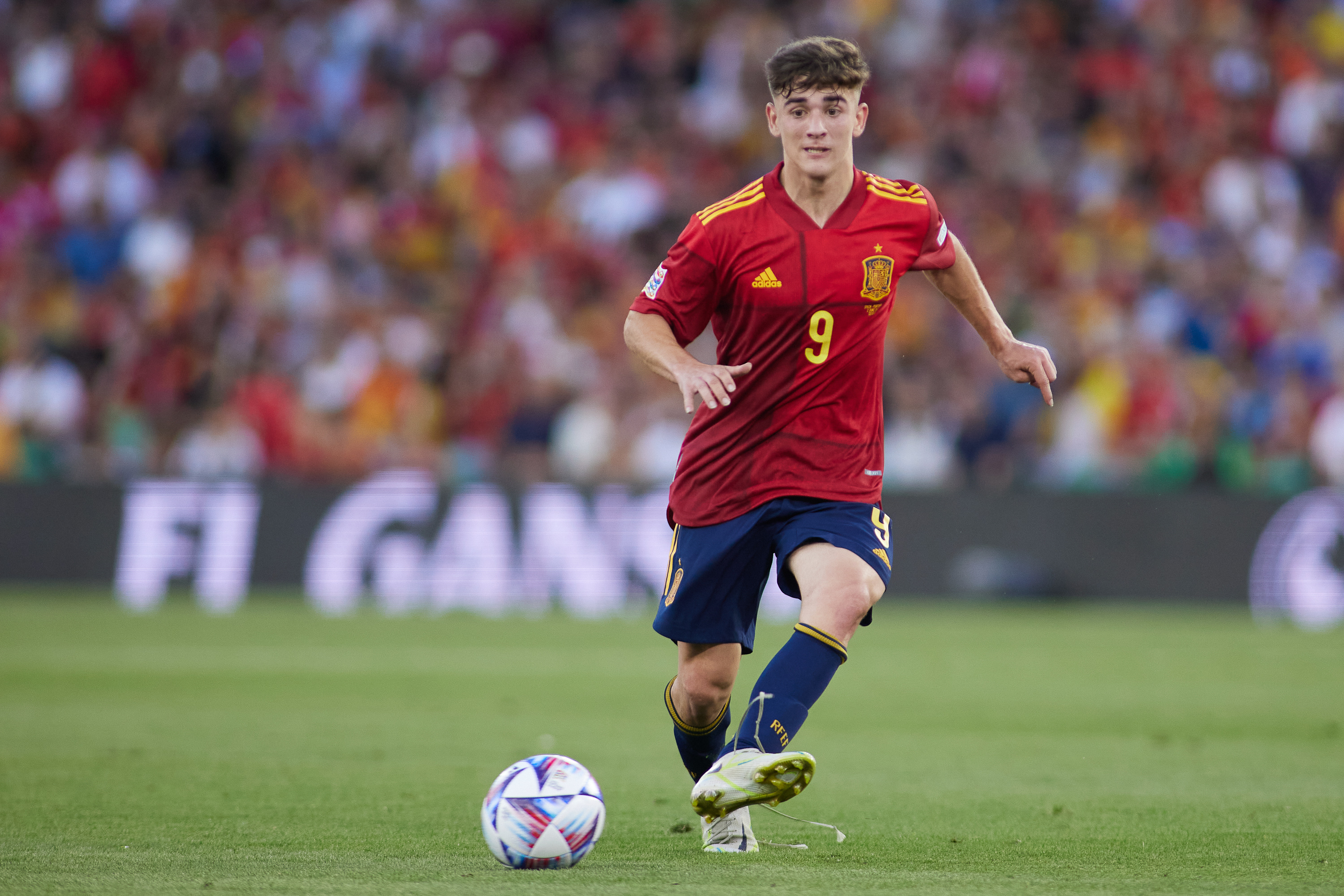 The psychedelic-tinged rock of a local group entertained customers at some beer and sausage stalls in Prague this Saturday. The music resounded in the press room of the Eden Arena, where Luis Enrique spoke about his criteria for selecting his players. Spain is a signature team from Luis Enrique’s non-negotiable script and for his bets on footballers who execute it, coming out, many of them, of his particular radar. “The profile of the Spanish player is characterized by being that of an intelligent player who handles the ball well”, explained the coach of La Roja. Under his direction, most of the games have become exams before the press and the fans. The one this Sunday against the Czech Republic (20.45, TVE1) will be another test on the second day of the League of Nations.

The defense that Luis Enrique made of Gavi on Thursday in the Benito Villamarín press room was that of a coach who is very convinced of the future projections that make up the scout that every coach has inside. The coach from Gijón perceives that the interior of Barcelona is only appreciated for his struggle and his war in the disputes. “With the ball, Gavi is unknown in Spanish football, even for those who are close to him,” he asserted after the tie with Portugal (1-1) in the first round of the third edition of the League of Nations. Luis Enrique’s prediction regarding Gavi had a point of daring because he dared to predict a future for him that would add to his profile that of a scorer coming from the second line. The coach relies on his knowledge of the Andalusian midfielder, represented by his friend Iván de la Peña, since in 2015, at the age of 11, he was recruited from Betis for the Barcelona children’s team when he was in charge of the Barça first team. Gavi responds to the basic principles in the parameters that Luis Enrique uses for recruitment: he is technically well equipped to play with the ball and has a strong physique to withstand the pace of pressure to which Spain submits its rivals. The firm commitment to the Barça interior is one more with which the coach formed the group with a view to the last European Championship and now to the World Cup in Qatar. “I have not discovered penicillin, betting on Pedri is not difficult. Perhaps you have to have a little courage to put it in a pure interior. And when you see Gavi it’s just being true to what you think. And I’m still open to surprises ahead of the World Cup. There will also be some player who falls. But if you bet on something, it’s because you’re convinced”, warned the Spanish coach.

Luis Enrique’s surprising choices emerge line by line. Unai Simón’s was the first big change of direction that he gave. Even his substitutes now, Robert Sánchez and David Raya, are very marked by that profile of players who were unknown to the general public and their presence in the team surprised the first time they were called. The gradual disappearance of Kepa, Pau López and De Gea describe a revolution in the goal according to the demands of a style that demands goalkeepers with good footing to get the ball out. “For us a goalkeeper has to start the game. We need him to dominate the aerial game, to cover behind the defenders, to transmit peace and tranquility”.

The commitment to Aymeric Laporte, when he was able to obtain Spanish nationality, was not just about recruiting a strong left-footed central defender that would allow him to play with advanced defense. It was also about looking for a leader in a defense in which Eric García, Pau Torres, Iñigo Martínez or Diego Llorente are cut off from the pattern of good ball delivery.

Among the midfielders, Luis Enrique’s most significant bets have been those of Pedri, Carlos Soler and the aforementioned Gavi. Soccer players such as Canales, Parejo or Fabián have been banished from the calls and their return to them is complicated. “The three in the middle are key in terms of placement and then, with the ball I don’t see any team that handles it like we do,” explains the coach.

Up front, the great ordago at the time was Ansu Fati and this continues to be as his presence in this concentration shows despite the fact that Luis Enrique himself admits that “he doesn’t have match rhythm”. Sarabia and Dani Olmo are two other challenges for the coach that have come to fruition. For the first he bet for the European Championship when he was not a starter at PSG and for the second he has promoted it as a multipurpose player that has rendered him a winger, a false nine and an interior player. Even the insistence on Morata is another of the bets that have gone well for the Asturian coach. “The strikers in this call can play nines and some in their clubs don’t, but they have it,” concludes Luis Enrique.