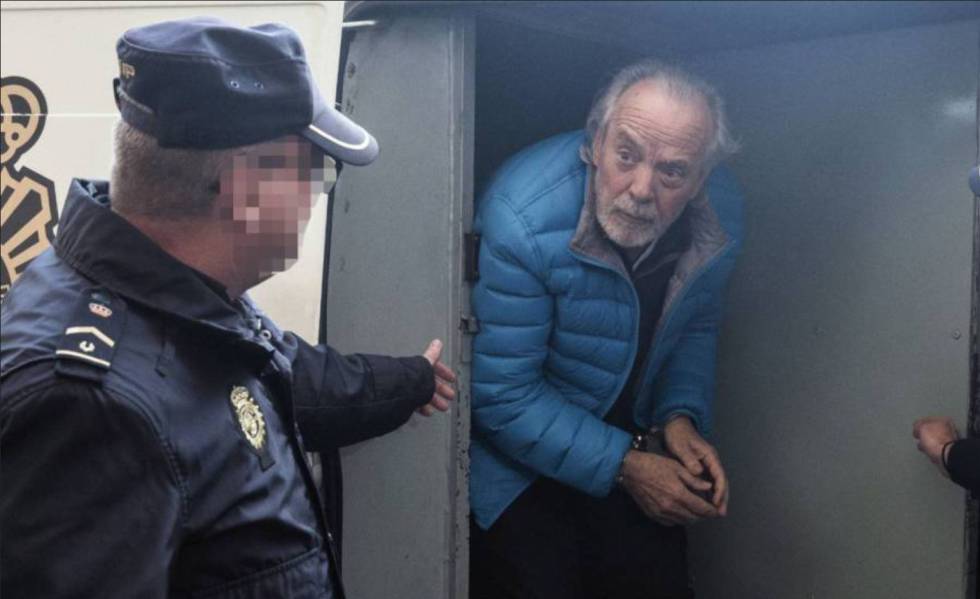 Two weeks before the trial begins Cursach case ―which deals with the alleged collusion of the nightlife tycoon Bartolomé Cursach with agents of the Palma Local Police to benefit his businesses―, which has been one of the most mediatic and convoluted corruption investigations in the Balearic Islands has been decaffeinated. Prosecutors have withdrawn the accusation of seven of the 23 involved, have modified the account of the events and have considerably lowered the request for conviction for the main defendant. The public ministry is now demanding an 18-month prison sentence for the businessman, compared to the eight and a half years that he initially requested. Cursach, who was released in April 2018 after paying bail of half a million euros, has already served 13 months in preventive detention. The prosecution maintains him accused of belonging to a criminal organization and prevarication, but has withdrawn the charges of bribery and coercion.

The trial is set for June 13. The prosecutors in the case, Tomás Herranz and Juan Carrau, have registered this week in the first section of the Provincial Court of Palma a modified qualification document that leaves much of the previous one without effect, presented four years ago by the then prosecutor in charge of the case , Miguel Ángel Subirán. Almost half of the pages of the initial document, 35 of the 73, appear crossed out.

They will go up, the first prosecutor in the case, and Judge Manuel Penalva, who also started the investigations, are on the verge of being prosecuted by the Superior Court of Justice of the Balearic Islands for alleged irregularities in that investigation. They remain prosecuted for alleged crimes of revealing secrets, omission of the duty to prevent crimes and omission of the duty to promote the prosecution of crimes. Last July, the General Council of the Judiciary retired Judge Penalva due to permanent disability, while the former anti-corruption prosecutor Subirán also retired early in 2020. The anti-corruption prosecutor of the Balearic Islands, Juan Carrau, and Tomás Herranz, appointed from Madrid, They took up the cause.

Now, prosecutors withdraw the accusation from seven defendants, including the director of the disco Titus’s, Jaime Lladó, the head of the establishment, Arturo Segade, and the former police officer employed by the Antonio Bergas group. The prosecution affirms that “a lack of plausibility” of the facts contained in the accusation about them has been verified. They also stop pointing to the former Director General of Tourism of the Balearic Government, Pilar Carbonell, accused until now of a crime of prevarication for allegedly speeding up a license for one of the businessman’s businesses; There is no such thing, says the Prosecutor’s Office now, as “no resolution issued by it.” The document also renounces 54 of the 140 witnesses originally summoned.

For Bartolomé Cursach, prosecutors reduced the request from eight and a half years in prison to 18 months. In addition, they continue to demand that he be disqualified for 15 years from jobs related to the hotel industry. His second in the company, Bartolomé Sbert, faces the same prison request. The request for sentences for accused local police officers, such as the former head of the Palma Local Police, who initially faced four and a half years in prison and now faces a 12-year disqualification sentence, has also been significantly lowered. Finally, 16 people will sit on the bench. Seven of those investigated have had their accusations withdrawn and one of the agents investigated has died.

With the withdrawal of accusations for a large part of the officials and directors of the Cursach group, some of the plots on which the previous investigators put the magnifying glass also decline. All traces of the investigation into the alleged parties of Local Police officers with prostitutes in the private rooms of one of the group’s nightclubs are crossed out. The prosecution now considers that they lack “credibility”. In fact, the protected witness who pointed out the existence of these episodes ended up being accused of false testimony. Also buried are the accusations of alleged bribes to officials and senior officials to benefit Cursach establishments or speed up licenses.

The trial will focus on the episodes involving the agents of the so-called Green Patrol of the Local Police, which was in charge of monitoring leisure areas, and the alleged episodes of repeated inspections of nightclubs without motivation. “These decisions were arbitrary and unjustified and generated administrative consequences,” the prosecutors point out in the letter, in which they separate the actions of the agents from an attempt to harm businessmen with premises that were direct competition for Cursach. They attribute it to personal interests of the agents themselves and only in the specific case of harassment of a nightclub on the Paseo Marítimo is it linked to orders from the number two of the businessman, who also departs from the thesis that he had City Council officials and paid agents.

According to the first calendar of the trial, set before the change in the Prosecutor’s brief, the sessions are expected to last until April 2023.

Qualification letter of the Cursach case June 2022. If you cannot read it, click here.