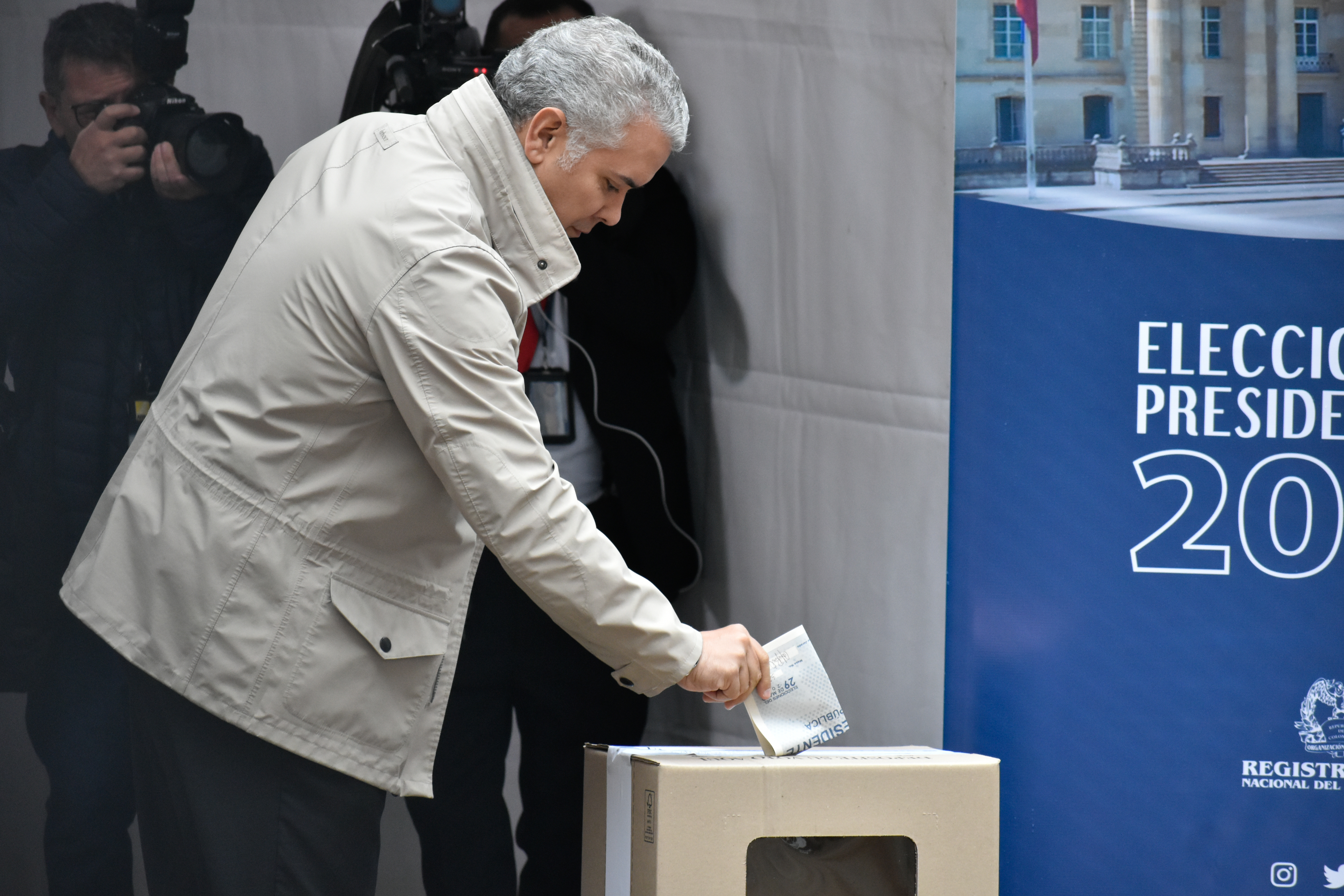 In his infamous –and at the same time hilarious– interview with the program Hard Talk, of the BBC, President Iván Duque made a statement that seems to come from a political satire: from a news item from Actualidad Panamericana, for example, or from any of the most ingenious memes that circulate freely out there. When asked about the bad opinion that citizens have of his mandate, Duque used the rather silly argument that today’s approval percentage was the same figure as the percentage of votes in his first electoral round, back in the remote year of 2018. I imagine that he must have crossed his fingers and hoped that no one noticed an obvious thing: in 2018, he was a candidate who was competing with four others. In today’s polls, however, he only had one contender: disapproval. And the disapproval won him by a landslide.

After that failed attempt at sleight of hand, the president followed up his response with this pill: “If I could stand for re-election,” he implausibly said, “you can be sure I would fight for it and be re-elected.” (Spanish media translations preferred the participle reelected, but what can I say: in matters of the Spanish language I have my hobbies.) The laughable statement was the most recent instance, but certainly not the last, of that strange syndrome that Duque has worsened over the years: a total disconnection from reality. It is the same disconnection that led him to include a tax on funeral services in the midst of a health crisis, while Colombians were dying of Covid everywhere; the same disconnection that led him to disguise himself as a police officer after the police repression of some protests ended with a balance of several deaths; the same disconnection, perhaps, that leads him to cynically proclaim himself a defender of the peace agreements whenever he can, when in reality he has delegitimized them from the beginning.

The results of last Sunday’s elections are explained in part as a comment on Duque’s four years. But only in part, because everything in Colombia is always much more complicated than it seems: the sudden rise of Rodolfo Hernández is not only a rejection of the castes, as has been said so much, but also has a lot to do with the admiration unfortunate that this country has always had for the violent and the foul-mouthed; and it does not only respond to that unfortunate admiration, which leads us to accept and even congratulate whoever attacks another or threatens to shoot him (or to hit him in the face, queer), but also responds to the infantilization of a society that long ago he lost the ability to concentrate on something, anything, for a sustained period of time. Already even Twitter seems to exceed our attention span, and it is enough to make a fuss on TikTok, apparently, to approach the presidency of this very complex country.

Now I would like to know what President Duque thinks of the answer he gave to the journalist from Hard Talk: Do you still believe that you would win a hypothetical re-election? Answer: maybe yes. Duque has given plenty of examples that reality is not with him. But you will have seen how Federico Gutiérrez, the candidate that his party supported, did everything possible to distance himself from him and his presidency in an attempt to rescue his candidacy. In our country of irreconcilable poles, of course, the effort was in vain, especially due to the grotesque interventions of the president, who wanted to make a dent in Petro but ended up campaigning for him. He understood, apparently, when it was already too late. No figure has become more toxic than that of Uribe and no company today is less appealing than theirs, and just yesterday Rodolfo Hernández appeared in an interview –or in an advertorial: the difference was not clear– swearing in all shades that he would never make an alliance with Uribismo.

Let’s be clear: the Duque government is not unpopular due to the whims of the citizenry. It is because he has been insensitive and unsupportive, and because he has always behaved with arrogance towards the weak and submissive towards the powerful, and for that alone he has built a highway for the most vulgar of populisms. In times of suffering like ours, after a murderous pandemic and a devastating crisis that drove millions into poverty, and after painful revelations of our own cruelty that have become our daily bread (and you only have to imagine what remains to be known), what a citizen sometimes needs is that the president of his country give him proof of something similar to recognition: that he looks at him and listens to him and knows how to see his difficulties, his shortcomings and his pains, or At least be able to pretend that you do. Duke has turned the face of his citizens; meanwhile, Hernández has made them feel, with every antics and cheap promises, that he has them in mind.

Also Read  Newman and Woodward: when the characters are the actors | TV | The USA Print

Of course: that’s how populism works, that’s how they’ve always worked. But the president, who reads and cites so many books on politics, has not found out yet: because he is out of touch with reality. On election day, someone convinced him – or maybe it was his idea: I wouldn’t be surprised – that it was a good idea to put up a red carpet that ran from the gates of the presidential palace to the polling station. I don’t know if the wishful intent was to restore some majesty to this shattered position, but the effect was to portray a vain and frivolous wren, isolated in his paraphernalia trail, flanked by his personal guard. Such staging was unnecessary, and also naive: did no one tell Duque that those images were going to contrast harshly with the people who braved floods to put the vote in the ballot box? Did no one do you the charity of passing you an anecdote from the French Revolution?

Meanwhile, there was Rodolfo Hernández: a man who knows nothing about the infinitely difficult task of governing. Hernández’s time is divided into two: half of him is explaining his own sexist or xenophobic statements, or apologizing for having praised Hitler (it’s that he confused him with Einstein: it happens to all of us). The other half of his time is occupied with the repetition ad nauseam of the only proposal he has for this country of a thousand edges: that politicians stop stealing. It’s very nice. But the politicians he refers to with his gross generalization are in the same parties that are now beginning to join his campaign, and he only manages to say that he accepts the votes but does not change the speech. And of course, there is a problem: despite what his last-minute hypocritical anti-uribismo may suggest, in Hernández there is no speech. There is an empty container that will be filled with what those who support him bring. To believe otherwise, I am afraid, is of a naivety that we cannot afford right now.

Juan Gabriel Vasquez is a writer.