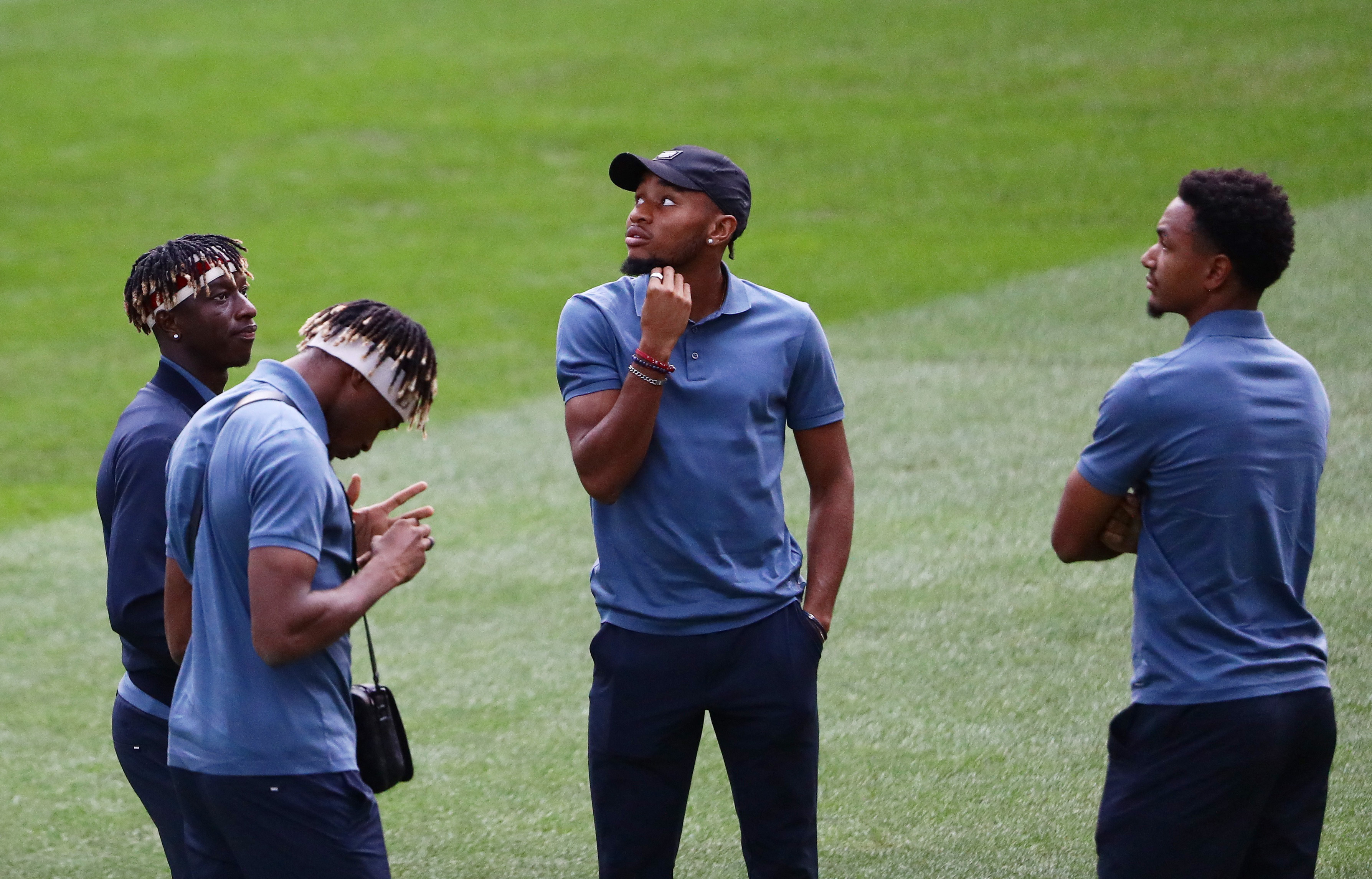 Christoper Nkunku is jealous of Timo Werner. The pair of forwards from Leipzig visits the Bernabéu tonight with a double mission: to compete against Madrid and overcome the grudges that have distanced them on the field since Nkunku felt demoted because Werner is paid more than him.

“No doors are closed to me,” Nkunku warned at the beginning of June. At 24 years old, the footballer born in Lagny-sur-Marne, land of brie and champagne, enjoyed the sweet rumor of dazzling statistics and pondered a great transfer in the middle of the dog days. The 31 goals and 16 assists that he had on his service record last season at Leipzig opened all the doors of his imagination, stirred the media circles and encouraged the great clubs of the Premier —they are rich but they try within what possible not to throw money away—to examine it under a microscope.

The reports were inconclusive. Two months after the daydream Nkunku is still at Leipzig. He is encouraged by the expectation that one day he will show that he is a great footballer in situations like tonight’s Champions League.

Nkunku did not sign for Manchester, Chelsea or City, but the whisper of Pini Zahavi, his new agent, hinting that he had put him in the window, was enough to provoke Oliver Mintzlaff. Fearful of losing the player who had qualified him for the Champions League, Leipzig’s effusive president renewed his contract until 2026, promising that he would make him the cornerstone of his project. The German media indicated that the club had made him the highest paid player by assigning him an annual salary of around four million euros net. Finally, after three years in Germany, Nkunku felt that they recognized the talent that he believes he has since he was a member of the Paris Saint-Germain youth academy, which let him leave in 2019.

Leipzig supported the investment in the weight of statistics. After Benzema (42 goals and 13 assists), Mbappé (35/19) and Lewandowski (49/5), this productivity scale placed Nkunku as the most decisive man in European football at the end of the 2021-22 season. Reality reserved another less visible contingency: none of the big clubs that Zahavi was prowling offered Leipzig any amount for Nkunku’s services. As an agent who works for a big club in England said: “With that salary and that character, the signing of Nkunku has to be thought about even with a freedom letter.”

He is not a troublesome young man. He is technically good and his mobility borders on hyperactivity, not always for the good of the team. Until then, the reports, according to a witness from an English club, encouraged spending. Then the disheartening part began: Nkunku tends to spread out. The kind of pleasure that comes to hedonistic gamers when during matches they allow themselves to be enthralled by the spectacle that surrounds them, turning them into spectators rather than actors. Depending on the days, for no apparent reason, the Frenchman’s performance can be memorable or irrelevant.

“He has evolved very positively, he is on a very good path and he can still continue to improve,” replied Marco Rose, the Leipzig coach, when asked on Tuesday about the reliability of the French striker. “No one has demanded that he show his highest level and it would be unfair to place all the responsibility for a game against Madrid on him; he is a very good player who can still do more. We are going to enjoy the presence of him more.”

the boy of the house

Rose was tense before the question of the regularity of the player. Among those who know Nkunku there is a suspicion that what moves him may not be the love for football or the desire to compete but the desire for recognition translated into money. This circumstance embittered him in the preseason when he learned that President Mintzlaff, in another sentimental outburst, had picked up Timo Werner, the boy of the house sold to Chelsea two years ago.

According to sources close to Chelsea, Leipzig paid 20 million to get the German international back and respected the salary he had in London, which amounted to seven million euros net, three more than what Nkunku earns. Since both have returned to live together in the same locker room, Werner exhibits his usual introspection while his partner indicates to his friends that it will be difficult for them to understand each other on the field. Werner, he says, does not give back the walls like Poulsen, Silva, Forsberg or Szoboszlai.

Whatever the reason, Nkunku has started this season below the level he showed in the past. President Mintzlaff was quick to denounce him, after the second day of the Bundesliga, after reaping two draws: “We have made a shitty start to the season.”

Things have not improved since then. If Leipzig intends to react tonight against the champion of the Champions League, it is convenient that their two stars resolve to get along.