Chris Pine seems to “disconnect” during an interview with Harry Styles 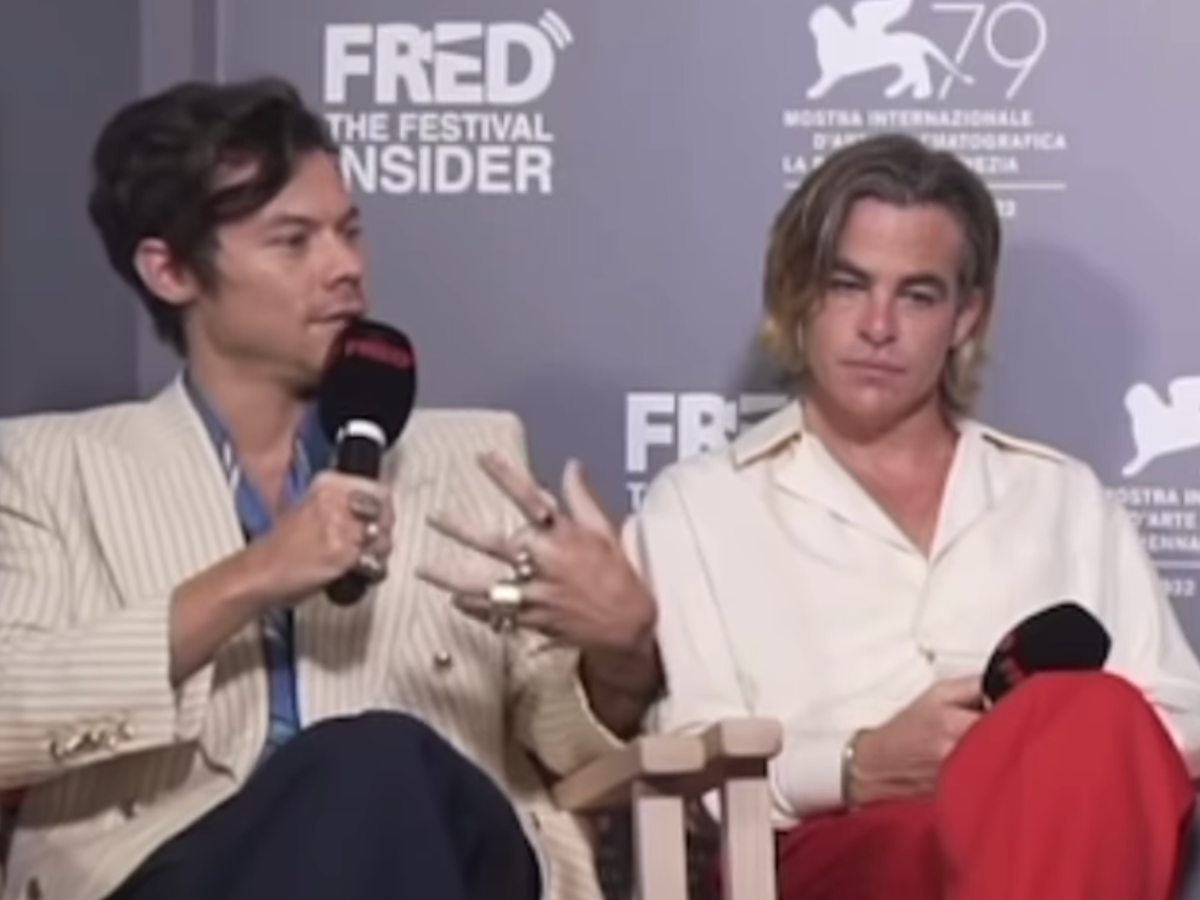 Fans joked that Chris Pine has “disconnected” from the Venice Film Festival.

The film, which has left critics mostly bummed, has been plagued for months by reports of behind-the-scenes drama, including a rumor of a “feud” between Wilde and Florence Pugh, who plays the title role.

Clips of Pine appearing to tune out during the film’s press conference and at the premiere later that night have gone viral on social media.

One clip in particular that caught the attention of fans shows the actor sitting next to co-star Harry Styles.

The camera zooms in on Pine’s face as Styles gives a somewhat vague response to a reporter’s question.

“You know, what I like most about the movie is that it feels like a movie,” says Styles, as Pine appears to stare off into the distance. “It feels like a real movie going to the theater, a movie, you know… the reason you go, to see something on the big screen.”

One fan praised Pine for “putting up with this whole fiasco,” while another said, “You can almost see the screams caught in his throat.”

“Proof that Chris Pine is a good actor: He didn’t make a ‘What the hell is this idiot doing?’ face. nor did he laugh hysterically upon hearing his (if you can call it that) co-star’s response to this question,” someone else said.

Another person wrote on Twitter: “Imagine you are Chris Pine, a PROFESSIONAL actor. You already have your phone without internet loaded. You put together your feminist theory books to read in your spare time between trips. And it turns out that you arrive and your entire cast HATES each other and you get stuck on a paid trip with a man who has apparently just discovered what acting is? Wow”.

As for the press conference, during which Wilde addressed rumors of a “feud” between her and Pugha fifth person noted that Pine appeared to be “astral projecting to the Swiss Alps.”

They also saw the actor from star trek donning sunglasses for his movie screening later that night.

“Chris Pine put his sunglasses on when the lights went out… oops that man is going to take a nap,” one person wrote alongside a clip.

Another person added: “This is so much fun. Chris does NOT want to be there,” while someone else wrote, “I don’t think I’ve ever seen someone as completely out of touch as Chris Pine during his new movie premiere. The truth is that it is impressive”.

Pugh and Wilde’s stylists appear to have added to the drama with their clients.

While hitting the red carpet on Monday night (September 5), Pugh seemed to hint at discord when asked by a reporter what he found “inspiring” about the film.

Wilde previously said that the dispute is nothing more than a “rumor invented to generate clicks”while Pugh has not commented on the rumours.

The first reviews of Don’t Worry Darlingincluding the three-star review of The Independenthave shown that critics have been unimpressed with the film. However, Pugh’s performance has been praised. On the other hand, Harry Styles’ performance has accumulated some criticism.

You can read the complete timeline of all the behind-the-scenes drama of Don’t Worry Darling here.

Previous article
‘The Whale’: Dwayne ‘The Rock’ Johnson says he’s ‘supporting’ Brendan Fraser after praise for his performance
Next article
‘House of the Dragon’: Who is who in the new HBO series?