Chile: Gabriel Boric tries to rediscover his best moments in his first speech before the Nation | The USA Print 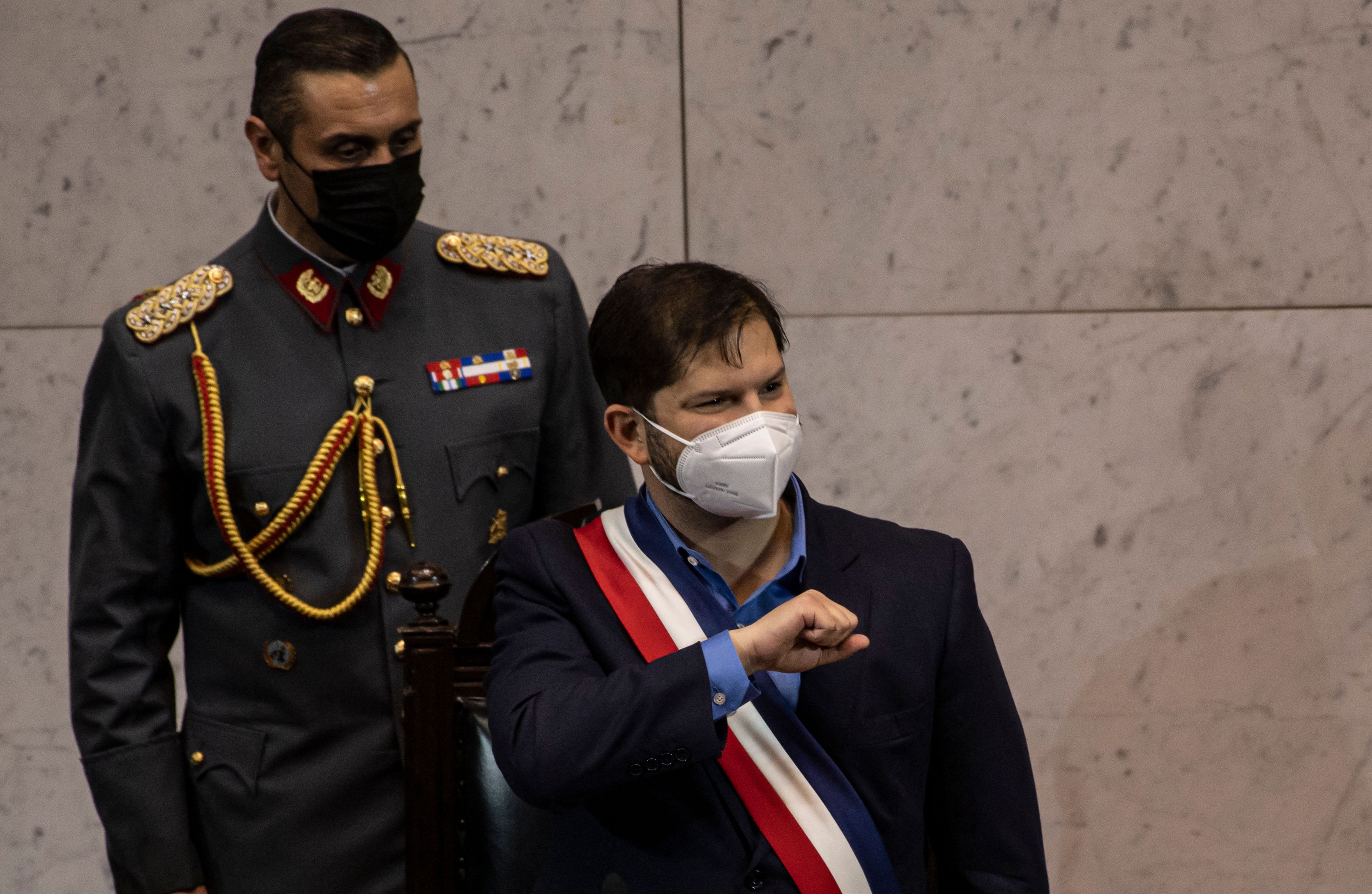 In a speech before Congress in the city of Valparaíso, some 120 kilometers from Santiago de Chile, the Chilean president, Gabriel Boric, offered his first message to the Nation this Wednesday, as the leaders do on this date, once year. In a long speech, lasting two hours and 20 minutes, Boric has reiterated the road map that led him to win the presidential election and outlined his idea of ​​development for Chile, less than three months after arriving in La Moneda last 11 March.

With an adverse landing marked by a sharp drop in popularity, a public security crisis and inflation to which the country is not accustomed – with double digits in its year-on-year variation – Boric has tried to rediscover his best moments as a candidate in a speech where he sought a change of political mood, with the call to various sectors and a call to “that hope and confidence in the shared future prevail over defeatism and suspicion.”

It was an intervention where, once again, Boric showed his talent as a speaker and his ability to communicate. In a ceremony where the president arrived without a tie, true to his style, he made different mentions of his predecessors and of history. Unlike what has happened with his own political generation, accused of arrogance and of ignoring the achievements of the recent past in Chile, Boric in his message called for “thinking about the difficulties faced” by those who governed before and those who succeeded attempts that throughout two centuries Chile has made in the search for development.

Along these lines, the president recognized the fiscally responsible economic policy of the last 30 years and referred to the criticism made by his sector of the previous government for its handling of the pandemic. “I also recognize the work, dedication and learning of the authorities of the Ministry of Health of the Government of my predecessor, Sebastián Piñera,” said Boric, who explained that the criticisms were always made from “good faith.”

Also Read  Qatar 2022: Memo Ochoa, the Mexican who resurfaces within the Global Cups | Global Cup Qatar 2022 | The US Print

In his speech he has referred to practically all the issues that afflict Chilean society, from the most diverse fields. He announced a law to advance towards the total prohibition of possession of weapons, another for Chile to have a national policy of comprehensive sexual education or a national plan to search for the bodies of disappeared detainees. He assured that the system of credits with the bank guaranteed by the State for higher education will be ended -“no more debts to study”-, ratified that the bill that reduces the working day to 40 hours will be promoted and announced a pension guaranteed for those over 65 years. She reiterated, in turn, the commitment to gender equity of the first Chilean government to declare itself feminist.

But although a good part of his roadmap did not necessarily translate into the announcement of new public policies –different from those already reported, especially in terms of immediate aid in the face of inflation or security–, he referred to the two main transformations that intends to carry out in this period, until 2026. While he assured that in August Congress will send a bill to reform the pension system, Boric said that this June the tax reform proposal will be presented to the country, which “will be framed in a new fiscal pact for Chile” and that it will seek to generate more resources to fulfill the commitments with the country.

“A country that is socially fractured cannot grow, so a fairer distribution of income is a necessary condition for us to return to the path of development. For this reason, today I want to invite you, workers, businessmen, Congress and the Government, to move forward towards a great tax and productive pact that allows us to take the path of fair, inclusive and sustainable growth,” said Boric, who has made a difference and , in this first intervention before the full Congress, has directly summoned the businessmen.

“I am convinced that it is possible to meet again, to heal together the wounds that divide and fracture us. To give stability to the path of great changes, we must do it with the participation of everyone. I want to be emphatic, without exclusions. And in this, the participation of workers and businessmen is fundamental”, assured the left-wing president, whose government did not invite businessmen to his inauguration in March.

In terms of order and security, the current main concern of citizens, according to different surveys, Boric assured that he is “determined to uphold the law, and that citizens and workers can once again walk calmly through their cities and travel in peace for its fields and roads”, while mentioning his decision to decree a “limited” state of exception in La Araucanía and surrounding regions, an area of ​​Mapuche claim where there is growing violence. The president, who has had strong differences in his own coalition over the use of the military to control the conflict, justified himself: “I am aware that this measure does not solve the underlying problem, which we are addressing through a comprehensive land purchase policy. and recognition detailed above, but as President of the Republic I have the duty to use all legal tools to guarantee the safety of the population.”

Boric spoke of a “fractured” country, which was evident in the outbreak of October 2019, but assured that “at this historical moment we face the great task of consolidating and institutionalizing the changes that citizens demand and make them in peace , with stability and among all”, without anyone being left out.

It was a convening speech in which, curiously, he did not mention the two coalitions that support him and avoided making an explicit call to approve the constituent text in the September plebiscite, where his Administration is at stake for a good part of its success. “Both options are legitimate [aprobarlo o rechazarlo] and the Government has the duty to guarantee that citizens express themselves freely at the polls in an informed manner,” said Boric regarding the process of greater political relevance that the country is carrying out.

Also Read  Avenues for cyclists, a limit on kilometers for cars or rent according to the efficiency of the flats: the duties of the people of Barcelona to the next mayor | Catalonia | The USA Print