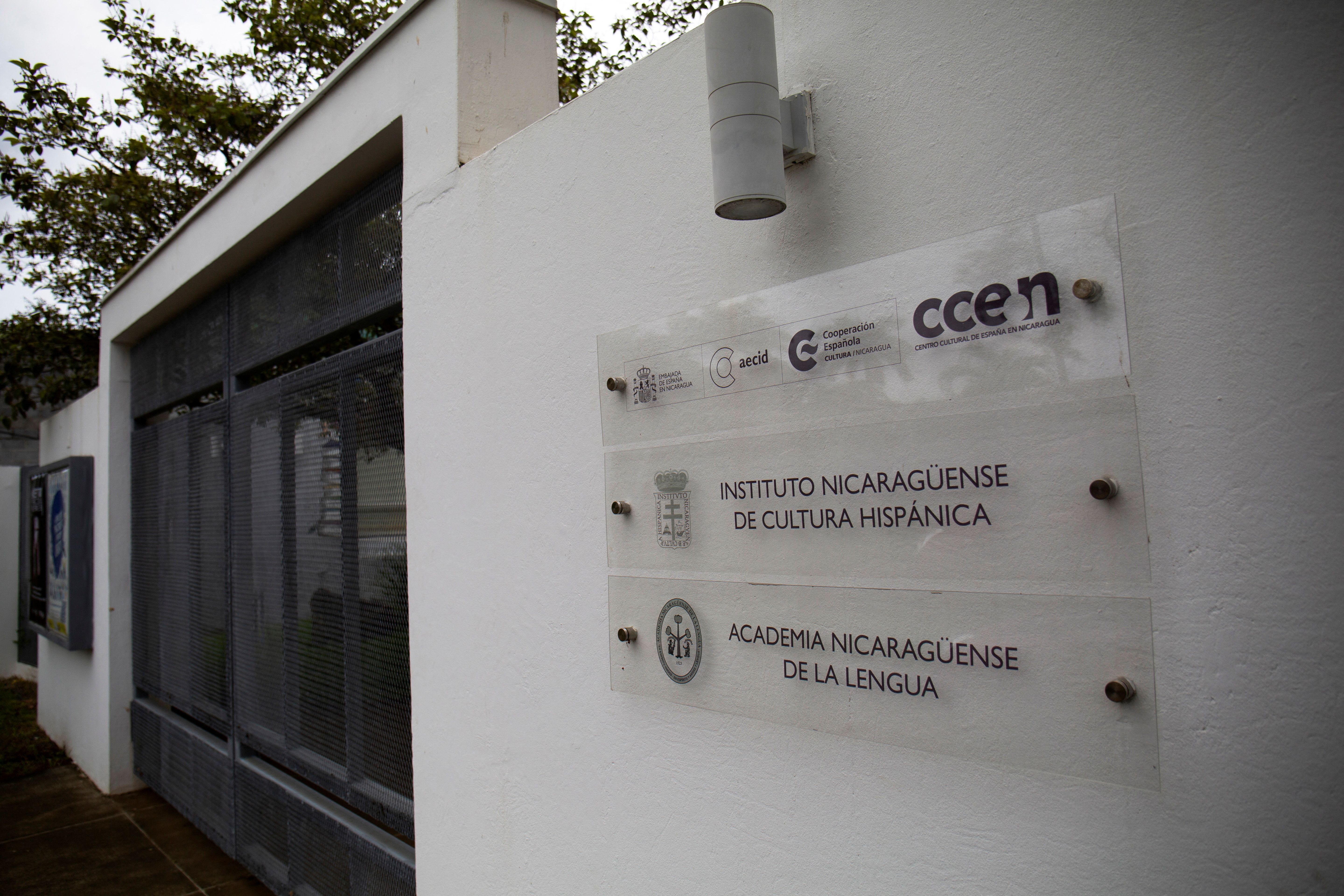 It states Claudio Eliano in his various story, that the tyrant Hanno of Carthage, in his insolence, in order to eliminate plots and conspiracies, ordered by decree that the natives of the city could not speak among themselves, under penalty of having their tongues cut out. But the citizens managed to circumvent the ban by nodding their heads or gesturing with their hands, raising their eyebrows, and even with expressions in their eyes, all in mockery and contempt.

Then, by means of another decree, he ordered the gestures to be prohibited. As a sign of protest and rebellion, the people gathered one morning in the square, and in unison broke into abundant and bitter tears. In a sudden way, again by decree, the right to cry was abolished. Thus words, gestures, and even the natural freedom of the eyes to shed tears were suppressed.

This story comes to mind now that the Nicaraguan Academy of Language has been declared outlawed in Nicaragua; that is to say, words have been prohibited, a consequence of which, it is already known, is silence. The director of the Royal Spanish Academy, Santiago Muñoz Machado, has put it better than anyone else: “Cut out people’s tongues and go a step further in oppression.”

Surely there will soon be a police of silence in Nicaragua, taking care that no one communicates with each other, so that people cannot pronounce the old words in the streets, squares and markets, nor invent any new words in the bars and barbershops.

The language that tells, invents, judges, condemns and imprecates, mocks, the absolute power judges it always suspected of audacity and sedition. Her mouth is the door of all disobedience, and it is also the door of laughter, with which tyrannies do not get along either, they are always in a bad mood.

Also Read  Clothes made with kites or recycled wheels: the Venezuelan designers who stand up to Shein | Future America | The USA Print

Hanon doesn’t laugh, least of all at himself. And he hates irreverent jokes, as well as any kind of invention, because the freedom to create that is found in words seems to him seditious; therefore, among the prohibitions of his decrees are the novels, and the lyrics of the songs, of which he always suspects a mockery of his majesty.

The language, therefore, now goes underground in Nicaragua. Academies, from now on, only the military ones. Even before the Nicaraguan Academy of Language, the Academy of Sciences had been suppressed. Sciences and letters, why?

The citizens of Carthage refrained from speaking in public, and they did so through gestures; but, in private, far from the ears of Hanno’s henchmen, they doubtless communicated in whispers in bedrooms, in public baths, on lonely roads and places. And in the kitchens.

In the end of homus sovieticus, Svetlana Aleksievich remembers how in the years of the dictatorship of the proletariat, the place where people gathered to talk, beyond the reach of the secret police, was in the kitchens. The kitchen became a confessional and conspiracy, where the neighbors exchanged zamize, carbon copies of books and pamphlets banned by official censorship, and where they could let off steam, despite fear. Because the faithful companion of silence imposed by decree is fear, which once removed gives way to rebellion.

But in Nicaragua not only the academy that cares for words is prohibited. To date, there are 440 civil society organizations that have been declared outside the law, under the accusation that all of them, because they are independent, act as foreign agents, and therefore represent an imminent danger to national sovereignty, which now resides not with the nation but with the ruling couple.

Also Read  Brazil election results: What is Lula missing to win in the second round? | Opinion | The USA Print

Words, and also memory, must be eradicated. The Institute of Central American Historywhich kept the most valuable collection of documents and photographs, has been closed by decree, as has the Enrique Bolaños Foundation, which owned the most important digital library in the country.

Those who organize to watch birds, protect wildlife reserves, or cultivate the playing of musical instruments are also suspects. A look at the last of the decrees that abolish civil associations can give us a better idea: the Foundation for the Development of Private Wildlife Reserves of Nicaragua, the Association of Pianists, the Quetzalcóatl Theater Association, the Society for the Collective Management of Rights of Author. And the Nicaraguan Association of Pediatrics, doctors who treat children on instructions from the foreign enemy.

Hanón distrusts those who organize freely in solidarity, because he suspects that, even if it is a foundation that promotes cleft lip surgery, or that provides chemotherapy for children with leukemia, they are doing it against him.

But nothing is free, however, or capricious, or the result of a moment’s thoughtlessness. Everything obeys a master design, whose purpose is to immobilize citizens and disappear their initiatives, until reaching total control of society. Each one, in the square assigned to him, moving only when the Hanon decides.

Hanon, Big Brother, watches over you. If you move from your niche, he cuts your tongue.

Sergio Ramirez He is a writer and Cervantes Prize winner.