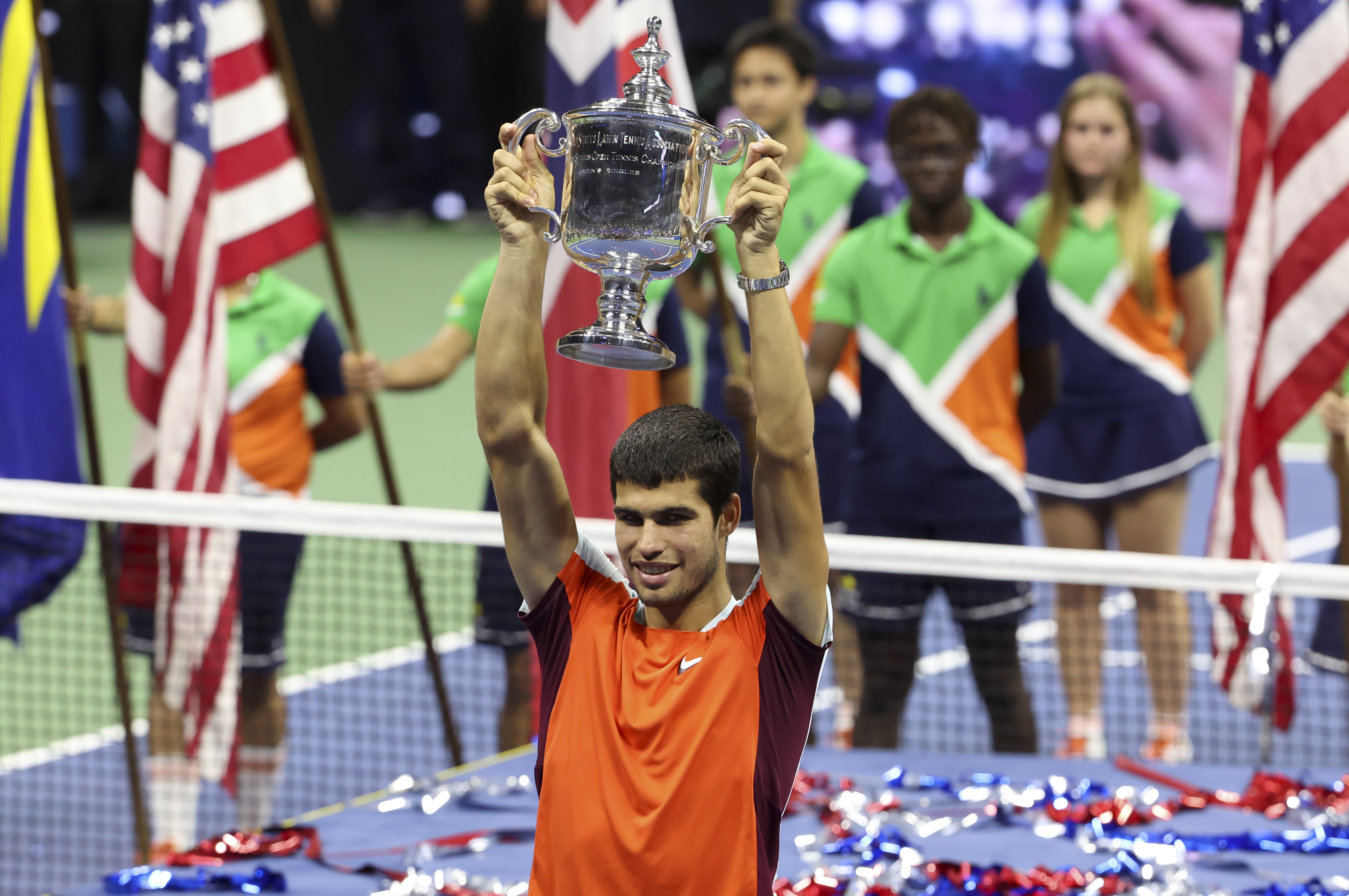 Carlos Alcaraz was crowned US Open champion early this Monday after beating Casper Ruud in four sets. Incidentally, the 19-year-old from Murcia has also become the youngest number one in the ATP ranking in history. The international press has highlighted his capacity for effort and especially his youth. Many foreign media have dubbed Alcaraz “the Spanish teenager” at the same time that many others assure that the future of tennis is here.

The New York Times That’s how the chronicle of the match begins: “The future of tennis arrived at 7:38 p.m. on Sunday (1:38 a.m. on Monday in Spain) with a withering serve from Carlos Alcaraz’s racket.” The American newspaper is full of praise for the tennis player. “His forehand is powerful and his ability to chase down balls that other players wouldn’t bother to reach is exciting to watch,” says the New York midfielder, describing Alcaraz’s game as an “announcement of the start of a new era in the game”.

The Reuters news agency has highlighted the “rapid rise to the top” of the “spanish teenager” (Spanish teenager), a nickname that they will only be able to use until May 2023, when Alcaraz turns 20. Although the youth of the tennis player is the most commented by most of the media, they do not stop there. The Washington Post points out that the Murcian “achieved what he had dreamed of for more than half his life” by winning his first Grand Slam title early this Monday morning.

In the UK, the newspaper Guardian He says that Alcaraz’s rise to the top “has been even more spectacular than expected.” The British outlet adds that during the match and the tournament the Murcian has shown “a complete exhibition of his talent and his potential, which seems to have no limit to what he can achieve in the future.” In addition, they praise the skills of the new number one, from his “athletic ability to his endless arsenal of shots, through his nerve and the sincere joy that the game gives him.”

Closer to Spain, in France, L’Equipe compares the tennis player’s journey in this tournament with that of a year ago, when Alcaraz had to retire in the quarterfinals against Félix Auger-Aliassime. The sports newspaper underlines the maturity and quality of the Murcian during a championship in which he did not have it easy and even had to save a match point in the quarterfinals against Jannik Sinner. For L’Équipe, this “showed that he was prepared to take over from the great veterans”.

Also in FranceLe Monde analyzes the game of Alcaraz and Ruud in a chronicle of the final that reveals the fear of many tennis lovers: an era of the sport “boring and banal in the shadow of Roger Federer, Rafael Nadal and Novak Djokovic”. However, the French media predicts the “heady future” of “a new generation, led by a young man without complexes.” This young man is Carlos Alcaraz, and as he says LeMonde: “Tennis is going well thanks to him.”

Ancelotti replies to Xavi: “It’s easier to say that the Champions League is won by the best” | Sports | The USA Print

Sevilla is a hurricane: Lopetegui, sentenced | Sports | The USA Print

Champions League 2022: match schedule and where to see the Spanish teams | Sports | The USA Print

The most earthly year of Jon Rahm | Sports | The USA Print

Inter-Barça: only one fits | Sports | The USA Print

Koke, a myth for the return of ‘cholismo’ | Sports | The USA Print