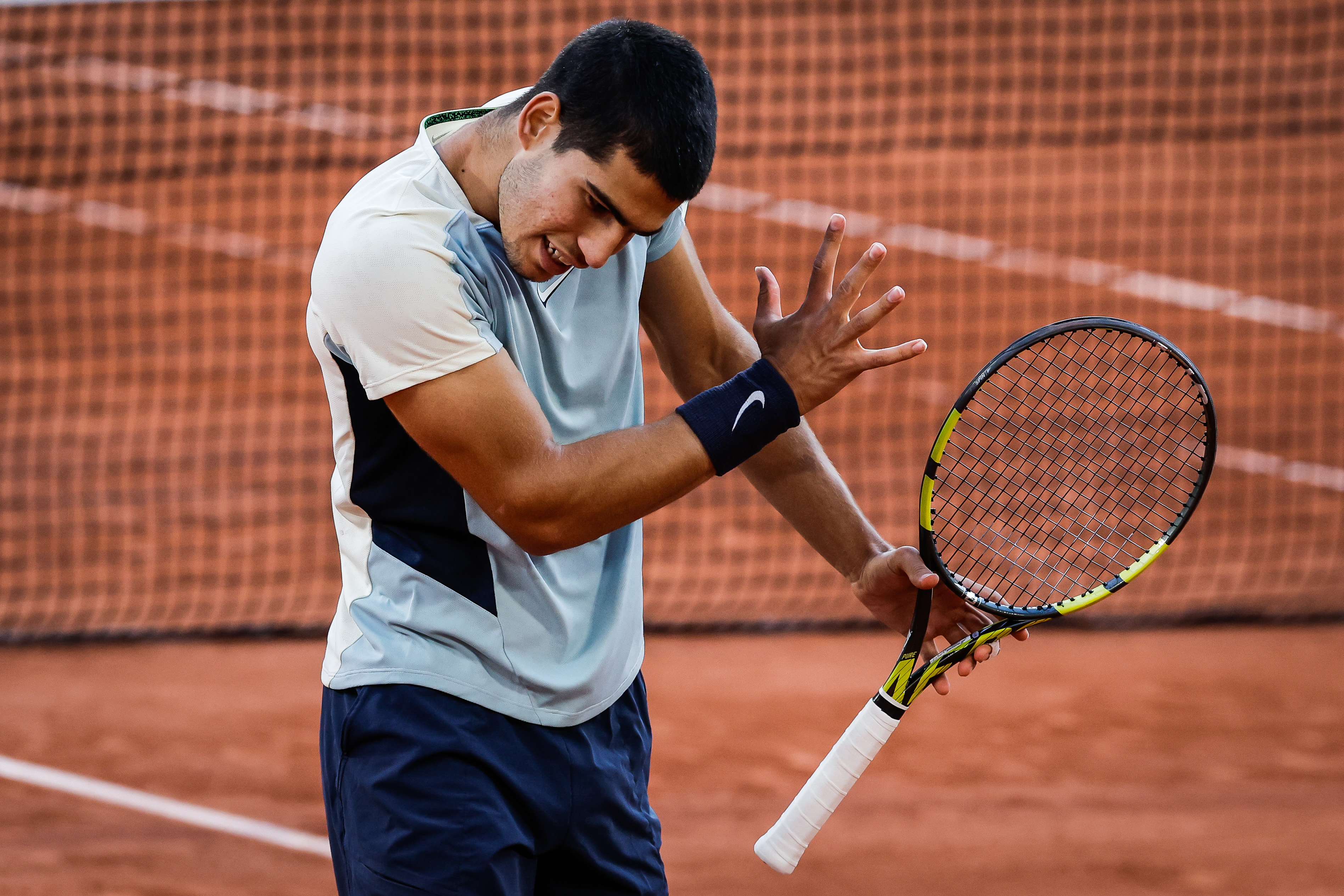 Carlos Alcaraz left the Roland Garros complex with a bittersweet feeling. Always demanding with himself, the 19-year-old from Murcia valued the journey made during these days in the Bois de Boulogne, but at the same time he regretted having given up the ground of the first two sets during the quarterfinal duel against Alexander Zverev (6- 4, 6-4, 4-6 and 7-6(7).

“I have lacked the level to beat sasha, who has already played a Grand Slam final, a semifinal here and is already seasoned in this type of situation. I should have started better. In the third and fourth I have improved, but it has not been enough. I started late, and although in a major you have opportunities to turn it around, even if you are two sets down, you are trailing. I should have started with more rhythm and given him the feeling that he was there before,” said the Murcian.

Alcaraz told the journalists that he was physically well and tried to extract the positive approach to this step through the Bois de Boulogne. “I have learned to play a few quarters of a Grand Slam. the previous time [en el US Open del año pasado] I had to leave injured, and today has been a totally different feeling”, he appreciated; “Today I was able to play. At this point you play against the best and I think it’s positive to live these situations and these kinds of moments. You have to know how to find your level in this type of situation”.

Also Read  What teams have qualified for the round of 16? | The USA Print

The Spaniard also referred to the support of the French crowd, which throughout these two weeks has supported him and given him endless praise. “I felt very loved by all the people. I can not ask for anything more. From the beginning I have felt all the love and I hope I can keep coming here and have the people on my side, ”he continued. “I have never thought that he was the favourite, and despite today’s defeat I still feel that I can win a Grand Slam. I feel I have the level. He has escaped me due to details and I must learn, but the feeling of being one of the favorites has not weighed me down, ”he added.

From El Palmar to Queen’s

Now, Alcaraz will rest a few days in his town and later, with no time to lose, he will head to England to face the tour on grass. In his formative stage he played several tournaments as a junior and last year he left a good taste in his mouth at Wimbledon, where he lost in the second round against the Russian Daniil Medvedev. In the middle of the month, if there is no change of plans, Queen’s will be his starting point.

Alexander Zverev, for his part, influenced the mentality. “It was extremely important, because I knew it was going to be a very long and very physical match”, said the 25-year-old number three in the world, who praised Alcaraz’s repertoire: “It’s very difficult to know what he’s going to do. He is one of the best in the world right now. I think he has extreme power, very good hands. The drop shots he does are unbelievable.”