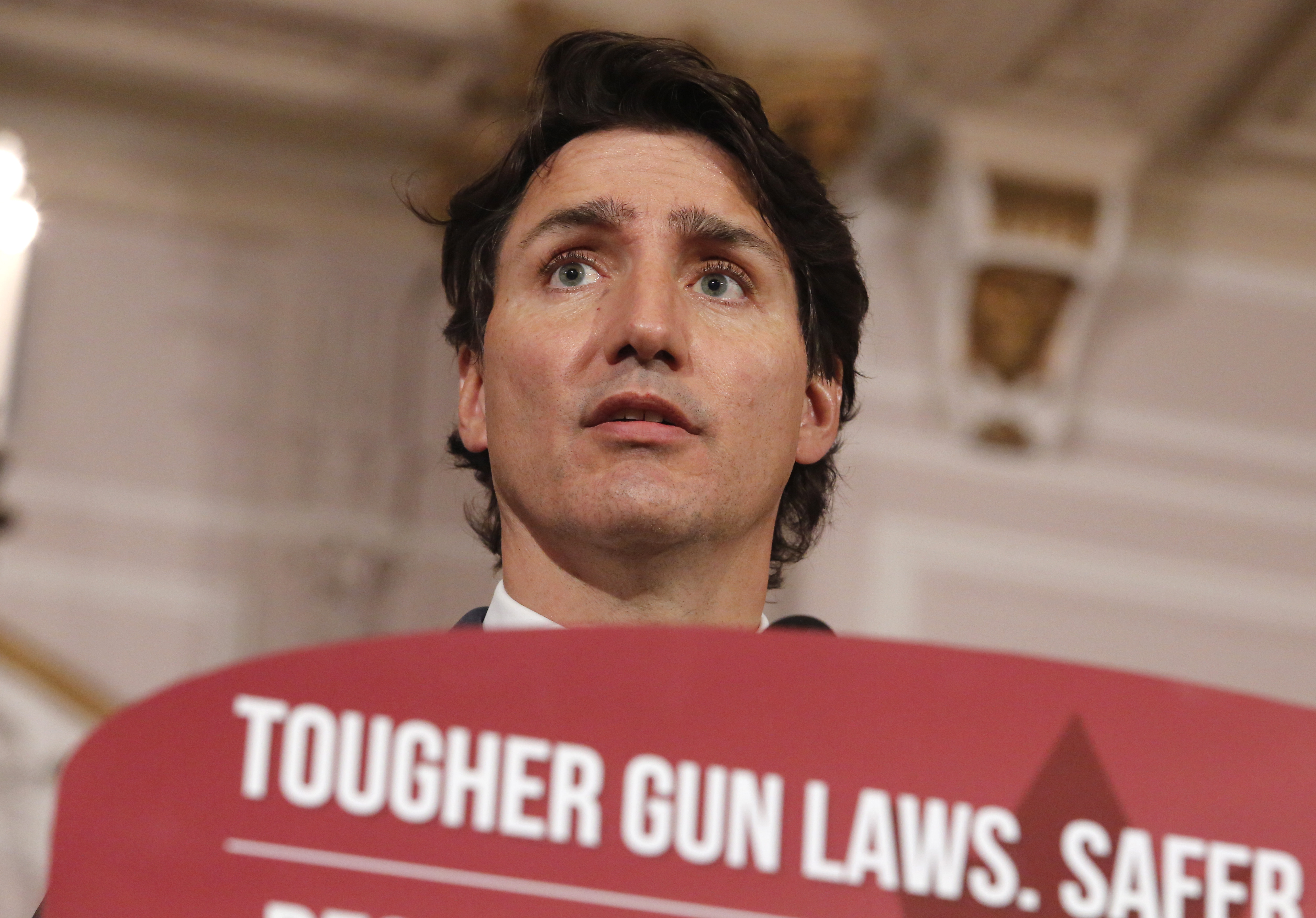 Canadian Prime Minister Justin Trudeau wants to establish tight control over firearms. The Liberal Party that he heads presented a parliamentary project on Monday that includes an almost total moratorium on the sale, transfer and importation for individuals. The text provides for some exceptions to the prohibition of the acquisition of weapons by citizens, but limits their total number on a national scale and vetoes them for those who have committed crimes such as those related to sexist violence. The initiative includes elements that Trudeau’s party promised in the elections last September. “The fewer firearms there are in our communities, the safer we all will be,” the prime minister said at a press conference in Ottawa on Monday. This project comes just a week after a shooter killed 19 children and two teachers at their school in Uvalde, Texas, in the neighboring United States.

“We only have to look south of the border to know that if we don’t act firmly and quickly, the situation will get worse and more difficult to contain,” Trudeau said, implicitly alluding to what happened in that Texas school. “Apart from the use of weapons for sport shooting and hunting, there is no reason Canadians need firearms in their daily lives,” he said. Small arms have become a major problem in various Canadian cities. The federal government had proposed last year that regional authorities could impose stricter controls. However, the project presented this Monday proposes to “freeze” the sale, purchase, transfer or import of pistols throughout the country, except for individuals who already possess them. Marco Mendicino, federal minister of Public Security, indicated that this type of weapon is related to 75% of robberies with violence and 60% of homicides.

“The bill that we have just introduced represents a milestone in the midst of a long and difficult battle that takes place in our streets every day (…) a battle that has claimed too many lives, leaving empty chairs at the table and empty desks in classrooms,” Mendicino said when introducing the bill in the Canadian Parliament’s (lower) House of Commons.

The proposal rescues some federal measures that were postponed before the general elections of September 20, 2021 and puts into practice some new proposals made during the electoral campaign. If passed, this new legislation will in all cases prevent anyone subject to a restraining order or who has engaged in domestic violence or stalking from obtaining or maintaining a gun license.

Return of weapons to the authorities

It will also require magazines for long guns such as rifles to be permanently modified so they can hold no more than five rounds and will ban the sale and transfer of high-capacity magazines. The bill also provides for increased criminal penalties for firearms smuggling and trafficking and a “red flag” law that would force people considered a threat to themselves or others to hand over their firearms to government forces. order.

The text also includes a ban on toys that look like real weapons, such as rifles airsoft “Because they look like real firearms, police must treat them as if they were real. This has had tragic consequences,” added Justice Minister David Lametti. Last week, Toronto police shot and killed a man who was carrying a pellet gun.

Tom Stamatakis, president of the Canadian Police Association, welcomed some of the measures, such as the one regarding perpetrators of sexist violence and the ban on fake weapons, which he defined as a “great challenge”. “You cannot distinguish between what is a replica firearm and what is a real firearm, especially when these replica-related incidents often occur in very dynamic and rapidly evolving circumstances,” Stamatakis stressed.

Other exceptions to this moratorium, in addition to the one on elite sports shooters and hunting weapons, will benefit people with disabilities and security guards. Canadians who already own firearms will also be able to keep them. Authorities do not expect a race to buy weapons before this bill is passed, because their acquisition is already highly regulated, a government official told a briefing.

Canada has stricter gun sales laws than the United States. Its gun homicide rate is less than a fifth that of the US, but higher than other rich countries, and rising. In 2020, this rate was five times that of Australia. In 2017 and 2020, homicide figures for this cause were never recorded since 1997, according to official Canadian statistics.

Last year, the federal government banned hundreds of variants of assault weapons. It also launched a program for people to exchange them for sums of money. The project of the liberals presented this Monday contemplates that the measure acquires a mandatory character. “It will not be easy, but we will achieve it,” said Minister Mendocino. The owners of these weapons will be able to keep them, as long as they undergo a procedure to make them unusable. The initiative also includes restrictions on the number of projectiles for magazines, more severe penalties for illegal possession, manufacturing and trafficking (the maximum sentence will increase from 10 to 14 years in prison) and the suspension of licenses for people involved in domestic violence or bullying.

Toronto Mayor John Tory expressed his support for the Canadian government initiative. Valérie Plante, mayor of Montreal, also welcomed the project, although she stressed that a complete ban on handguns should be the goal. Raquel Dancho, responsible for Public Security in the Conservative Party, criticized that the Liberals’ plan gives little importance to weapons smuggled into Canada by criminal gangs, an aspect that the Conservative leader considers to be the main source of the problem.

The Liberals need the support of at least one opposition party for this project. The Conservatives do not appear as potential allies at the moment. The Québec Bloc and the New Democratic Party (with which Trudeau has a political alliance) do not close the door, although they ask that the initiative include other measures.