Brussels rewards Poland’s turn with the approval of 35,400 million for its recovery plan | International | The USA Print 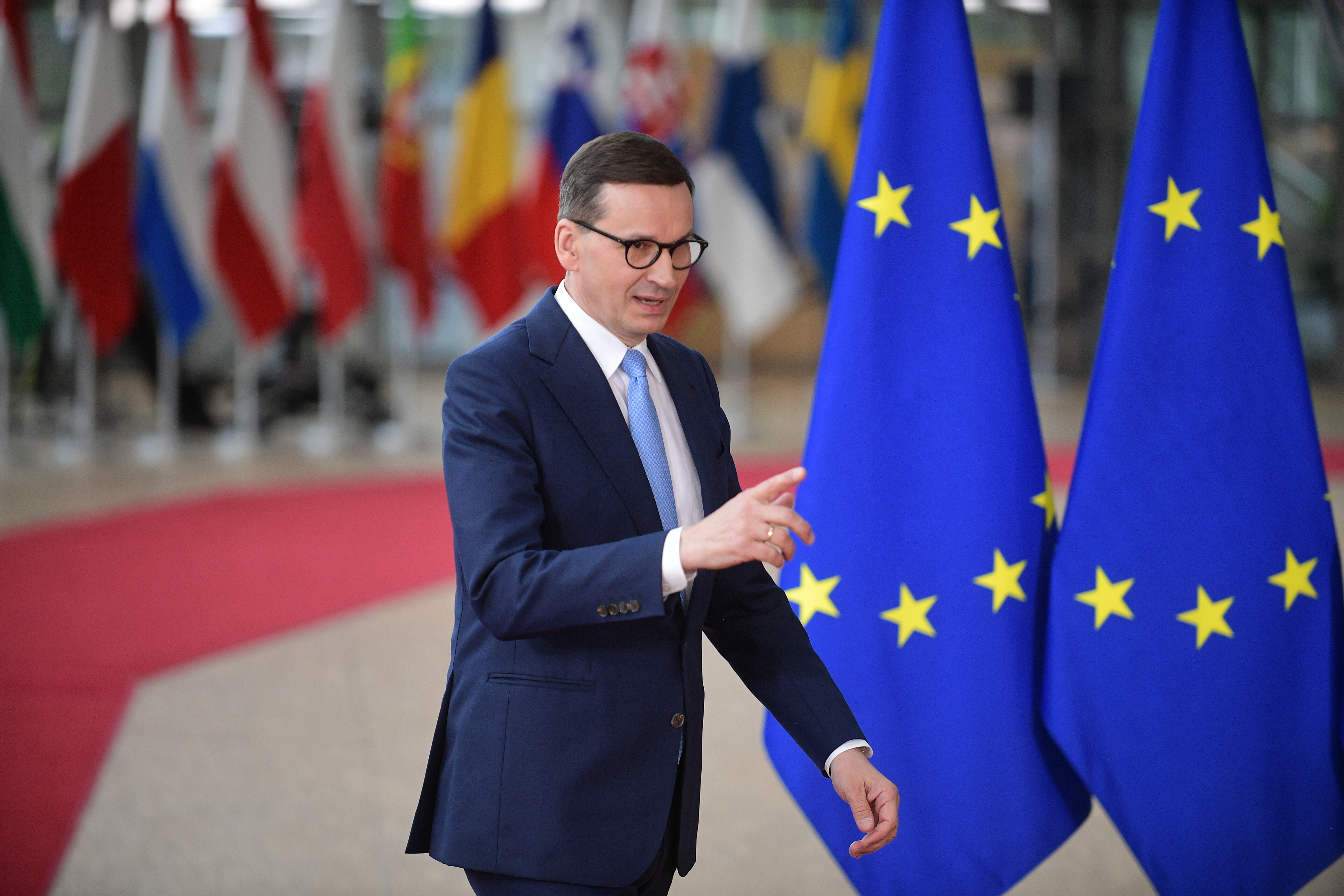 The European Commission has given its approval this Wednesday to the recovery plan for Poland, a gesture that tames for the moment the turbulent relationship between Brussels and Warsaw accumulated in recent years at the expense of the rule of law. The green light has been granted after a meeting of the College of Commissioners, a gesture that reveals the importance of the decision, and comes more than a year after the Eastern country submitted its request to receive the multimillion-dollar European funds destined to fight against the claw of the pandemic.

The approved one, which still needs to be validated by the Council (the EU body that represents the 27 capitals), would open the monetary floodgates so that 35.4 billion euros begin to flow between subsidies and loans to Poland. In return, the Government of Mateusz Morawiecki, which leads an Executive led by the ultraconservative formation Law and Justice (PiS), agrees to follow a plan that leads to a reform of the judiciary, whose independence is questioned by both the European Commission and the Court of Justice of the EU.

“We will evaluate this compliance firmly”, underlined the Commissioner for the Economy, Paolo Gentiloni, in an appearance after the meeting of the European Commissioners. Brussels indicates that the details of the plan will be revealed this Thursday by the president of the Community Executive, Ursula von der Leyen, who plans to spend the day in Warsaw, to stage from there the burial of the hatchet wielded for months.

“Poland’s plan includes milestones related to important aspects of the independence of the judiciary, which are of particular importance to improve the investment climate and establish the conditions for an effective implementation of the recovery and resilience plan,” the Commission said in a statement. a statement.

The text, which does not contain much detail, explains that Warsaw will have to demonstrate that these milestones are met before any disbursement can be made. Some of the targets, he adds, “must be met before Poland submits its first payment request.”

Also Read  Dmitro Orlov: The Ukrainian mayor who fights from exile for the residents of the Zaporizhia nuclear power plant | International | The USA Print

To date, Poland was one of only three Member States out of 27 whose program linked to Next Generation funds had not been approved, along with the Netherlands (which has not yet submitted a plan) and Hungary, which has submitted a plan but is equally trapped in the group of rule-of-law breakers in the eyes of Brussels.

The Commission’s decision comes after months of complex negotiations and the agreement on a precise calendar that seeks, in particular, to dismantle the controversial disciplinary chamber of the country’s Supreme Court, an all-powerful body whose activity threatens the independence of judges, according to Brussels. The Court of Justice of the EU demanded last July the provisional paralysis of this organism and in October it sentenced Poland to pay one million euros a day while it continued in operation.

To pave the way, the Polish Parliament last week voted in favor of a law to replace this room with a new body. The milestones to receive EU funds, as explained by Von der Leyen in October, also imply that the Polish Executive should reform the disciplinary regime of judges and begin a process to reinstate those members of the judiciary who have been sanctioned by the controversial room.

There were days, in the autumn of 2021, when the clash between Warsaw and Brussels on account of the rule of law and the primacy of the community legal order over the Polish was so extreme and electric that it seemed capable of opening definitive cracks between Poland and the rest of the world. the European Union. All that tension, at least in appearance, is relaxed with the gesture of this Tuesday.

Also Read  What is the biggest economic 'boom' in the world? | Opinion | The USA Print

The agreement arrives at a time of sweet rapprochement between Poland and the EU, when Brussels also seeks to reaffirm the unity of the Twenty-seven against the Russian threat, especially on the eastern flank. Since February, Poland has been one of the most belligerent community partners against the aggression of Ukraine, a country with which it shares a border, and it is the community partner that has devoted the most to hosting refugees: it has received more than 3.6 million of people.

The arrival of the money would also be a relief for the coffers of an economy on high alert, which is forced to deal with the maintenance of refugees (in March, Warsaw demanded that the EU support the reception of Ukrainians with 1,000 euros per month per person ), while enduring the Russian gas cut unilaterally decreed by the giant Gazprom at the end of April and suffering from inflation that has already reached 11.4%. The recent proposal from Brussels to link the investments aimed at the disconnection of Russian energy with the recovery funds also opens new possible ways of financing, but this path also requires that the plans be approved.

The rapprochement, ultimately facilitated by the heat of war on the continent, began in any case before Russia invaded Ukraine. The thaw began to take shape at the beginning of February, with a visit by the Polish president, Andrzej Duda, to the president of the European Commission, Ursula von der Leyen.

The decision has not gone down too well with the European Parliament’s Committee on Civil Liberties, which has been closely following the situation of the rule of law in Poland for years. The socialist MEP Juan Fernando López Aguilar, who chairs the body, sent a letter to Von der Leyen on Tuesday in which he shows his “concern” about “the persistent problems related to the situation of the rule of law in Poland, especially in what it has to do with judicial independence as well as with the failure to apply multiple rulings from the EU Court of Justice and the European Court of Human Rights.”