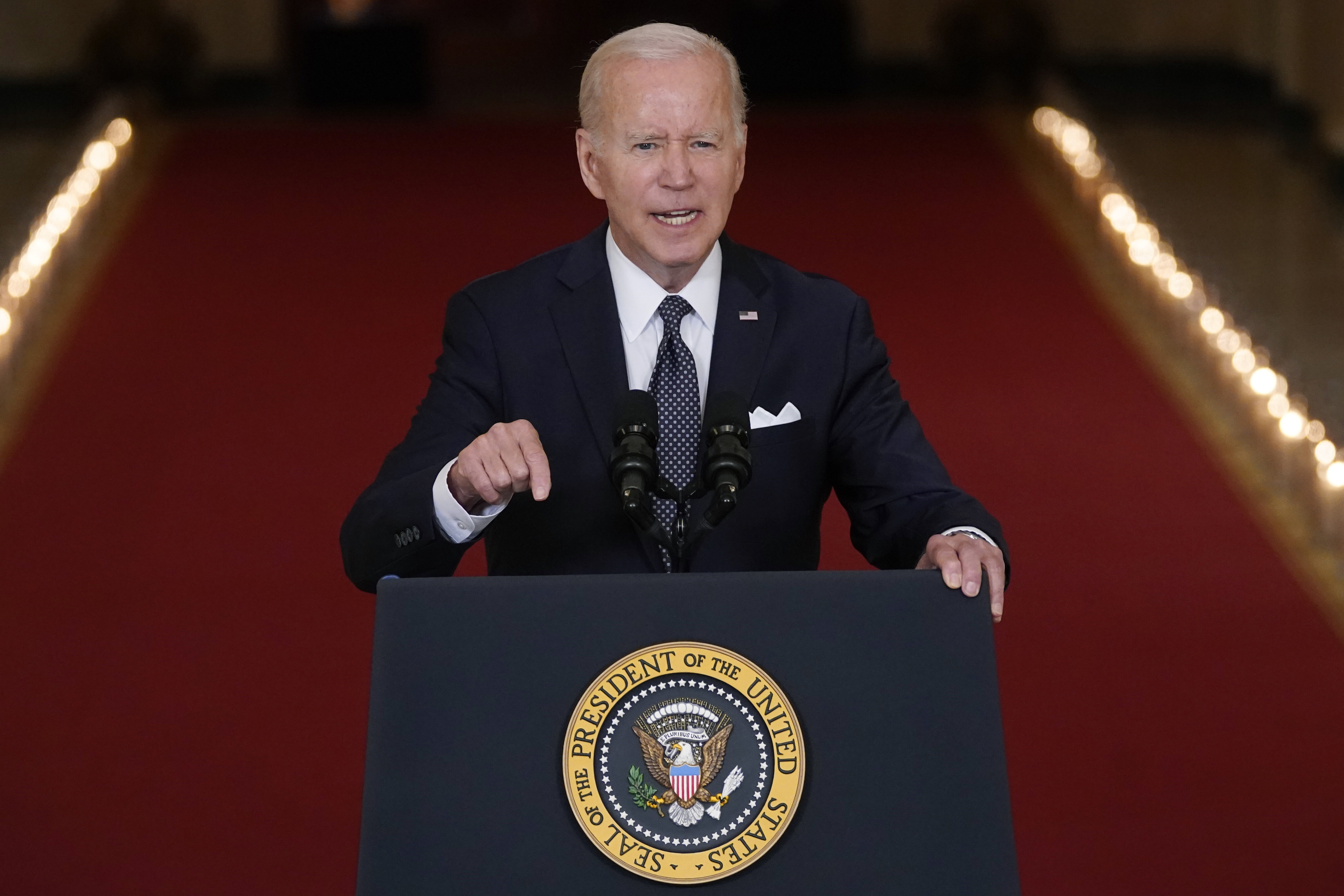 For the third time in less than three weeks, the president of the United States, Joe Biden, has appeared before his compatriots to talk about the epidemic of armed violence, which gives the country no respite. This Thursday he has taken the floor in prime time to address the nation in a dramatically staged speech at the White House and announced a few hours before. The objective was to pressure Congress to pass “laws governed by common sense” that would serve to tackle the problem. Measures such as “the prohibition of assault weapons and high-capacity cartridges” and raising the age to buy weapons from 18 to 21 years. “For God’s sake, how much more killing are you willing to tolerate? [los legisladores]?”.

“It is time for the Senate to do something,” Biden has sentenced. “Enough, enough, enough. If Congress does not act, I know that this time it will be different, and that the citizens will take note and vote to remove these politicians from their positions.”

Biden’s speech came a day after a guy named Michael Louis armed with an AR-15 rifle stormed into Dr. Preston Phillips’s office on the second floor of Saint Francis Hospital in Tulsa, Oklahoma, and murdered the doctor. and three other people who were there, before committing suicide. He blamed the doctor, who had operated on his back, for a pain that had not left him since the intervention. A few hours earlier, Louis had bought the semi-automatic weapon with which he carried out the mass shooting, number 233 so far this year in the United States.

Biden received the report of the events on Wednesday afternoon, shortly after it occurred, while he was in Washington. The week before, when he was aboard Air Force 1 returning from his first trip to Asia as president, he had been told of the massacre of 19 children between the ages of 8 and 11 and two of their teachers at Robb Elementary School in Uvalde (Texas) at the hands of an 18-year-old boy named Salvador Ramos and also armed with a rifle of those characteristics. Biden appeared as he landed in the United States and said: “Gun manufacturers have spent two decades aggressively marketing assault weapons, which are the ones that bring them the most profit.” He then added, “For God’s sake, when are we going to face the lobby of weapons?”

Ten days before that, the president was spending the weekend in his hometown of Wilmington, Delaware, when news broke that another 18-year-old boy, Payton Gendron, had killed 10 African-Americans in a popular supermarket on the Eastern part of the city of Buffalo, in the State of New York, majority black. The guy expressly sought out that district to sow terror, encouraged by the theory of the great replacement, a conspiracy that maintains that whites are being replaced by people of other ethnic groups as part of a master plan to dispossess them of the privileged place they have enjoyed for centuries. Biden traveled to Buffalo the following Tuesday to comfort the victims and declare that “white supremacism is poison.”

According to his collaborators, the US president had already planned this appearance before the Tulsa tragedy was known, and in anticipation of his plans to leave Washington for a few days. On Wednesday, he sounded less than optimistic about the prospect of Congress agreeing to new legislation to tighten controls on the arms trade. With the Senate literally split in half, it seems far from the possibility that the Democrats gather the necessary 60 votes, by virtue of filibustering, which requires qualified majorities for the most far-reaching issues, despite the fact that these days are taking place in the Capitol courtship meetings.

“I served in Congress for 36 years. I’m never totally sure,” Biden said when asked if he believed lawmakers would get a deal done this time. “I have not been in the negotiations that are taking place right now.”

Shortly before Biden’s appearance on Thursday, House Speaker Nancy Pelosi has promised to put several gun control bills to the vote next week, including one that would raise the legal age to buy a gun. Assault rifle from 18 to 21 years old. She herself acknowledges in her letter that she has sent to her coreligionists the slim chance that these initiatives will survive in the Senate.