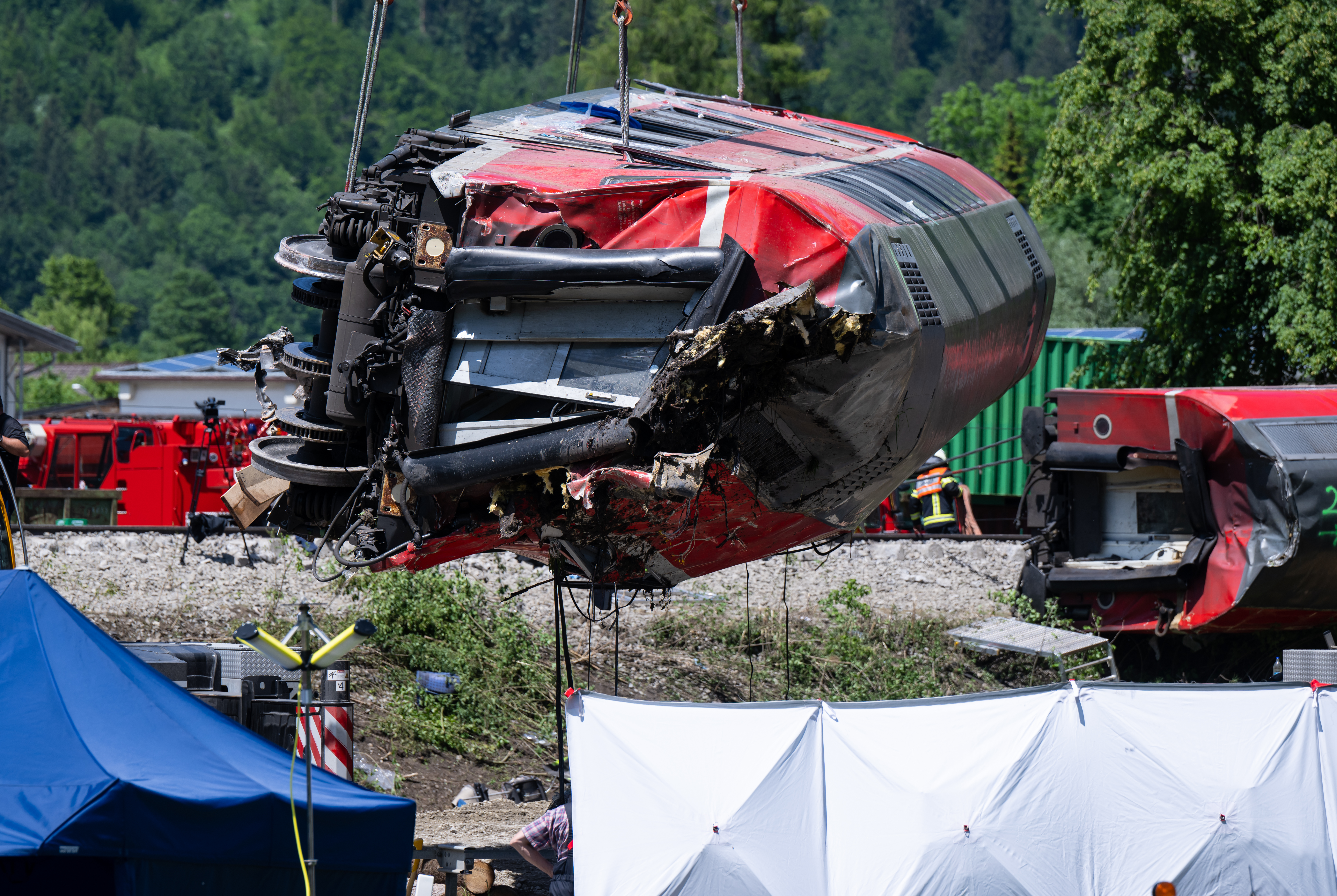 The Munich Public Prosecutor’s Office has opened an investigation into three employees of the Deutsche Bahn railway company for “involuntary manslaughter” after the derailment of a train in Bavaria last Friday, which killed five people and seriously injured another 15, according to The South Upper Bavarian Police Headquarters announced this Tuesday.

The police have not given more details about the alleged negligence committed by the three employees investigated. Neither have the authorities, who have so far offered no explanation for the accident, which occurred when three wagons slid down an embankment in an area north of the Garmisch-Partenkirchen ski resort.

The investigations, which have the support of the Federal Railway Authority and the Federal Railway Accident Investigation Agency, have focused on the condition of the train’s chassis and the rails. This Monday it transpired that Deutsche Bahn planned to carry out renovation works on the tracks in the path of the accident soon. According to the report now known, between June 25 and July 9, a night correction of the track and a renewal of the lanes between Oberau and Garmisch-Partenkirchen were to be carried out.

According to the Bavarian Transport Minister, Christian Bernreiter (CSU), all the experts involved in the investigation consider “that the most likely cause would have to be a technical defect on the track or the train.” Deutsche Bahn, for its part, has indicated that it is fully collaborating in the investigation. “Of course, we are doing everything possible to support the investigating authorities in clarifying the cause of the accident,” said a spokesman for the railway company in Munich.

Also Read  Coldplay, Springsteen, Elton John and The Weeknd will perform in Barcelona in 2023 | The USA Print

Meanwhile, clean-up work around the crash site in the Burgrain district continues. Several wagons from the derailed train were removed over the weekend, while the locomotive and front wagon remain at the scene for further investigation.

Last Friday around 12 noon, the regional train RB59458 left Garmisch-Partenkirchen for Munich Central Station, where it was due to arrive at 1:26 p.m. However, a few minutes after departure, the train, with double-decker cars, took a long curve and derailed.

At least five people lost their lives in the train accident. One woman died on the way to hospital and three others were found dead under the train. A fifth fatality, a 14-year-old boy, was found at noon on Saturday.