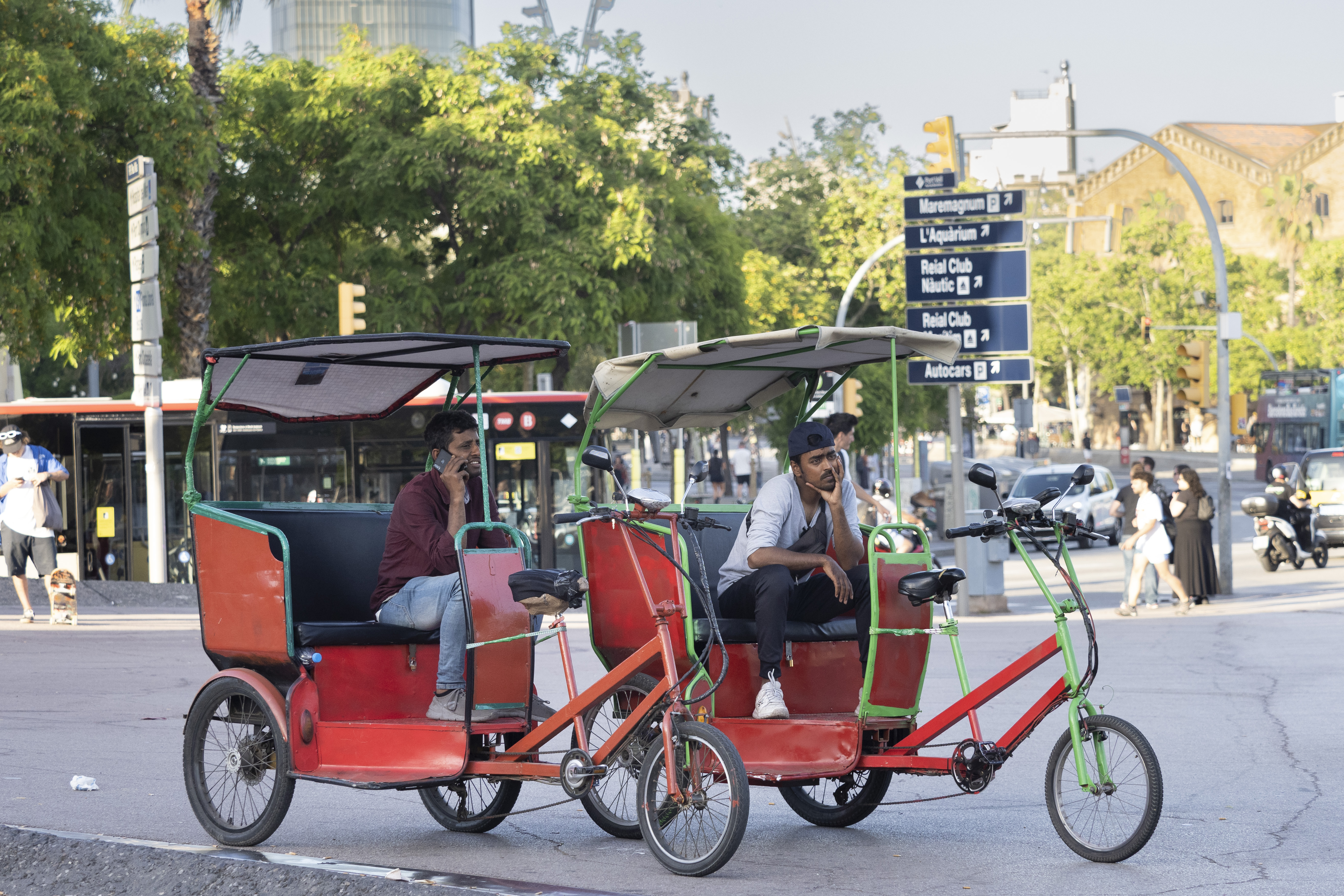 “The pedicabs are not only a danger, but they are governed by mafias”, complains Nuria Escurriol, a resident of Barceloneta. “They go at speeds that put customers and pedestrians at risk, they deal drugs and I have even seen them offer prostitution services. To top it off, they are charging the bike batteries on the flats. We have already had two fires, one of them with deaths.” These vehicles have been pedaling through the tourist areas of the Catalan capital since March 2003. Escurriol has spent years “keeping guards” on Drassana street to avoid certain excesses, from urination to dealings, at the doors of her house. “I don’t know who is interested in this type of business, but it is extremely dangerous,” she warns.

The first deputy mayor of the Barcelona City Council, Jaume Collboni (PSC), has already announced the intention of the government team regarding pedicabs: “Ban them”. This week Collboni has openly requested it from the Generalitat, which is the one with the powers. Until the Catalan Administration decides the future of the pedicab, the City Council is going to make it difficult for them. “In 2019 we thought we could control this phenomenon but it is impossible. The pedicab is a black hole of illegality and insecurity. It must be prohibited because Barcelona is not Bombay”, adds the deputy mayor.

In the Catalan capital there are five thousand registered pedicabs and with the obligatory sticker provided by Barcelona de Serveis Municipals (B:SM). According to the calculations of the Consistory, there are another thousand pedicabs without any type of control. “The Generalitat has to prohibit it, but until it does, we are going to draft a municipal decree to restrict circulation areas. In addition, we are going to expand the municipal deposits and we intend to be able to retain these vehicles for up to six months. It is a fight very similar to the one we have won against the top blanket”, assures the first deputy mayor. The City Council will also carry out inspections to prosecute illegal parking of these vehicles and, above all, control the conditions in which the batteries are charged.

Julien Lepri bought the 40 pedicabs from the Funky Cycle company a few months ago. This week he has found this frontal opposition from the Consistory to his activity. “What I ask the City Council is to regulate the activity and enforce the law. In reality, you cannot be against transport like ours, which is ecological and sustainable”, warns Lepri. The businessman regrets the situation in which the sector finds itself and asks to differentiate legal pedicabs from those that are not. “We propose that there be a license and an ITV to be able to circulate with pedicabs. We do one-hour tours for 60 euros where we act as tour guides but we run into gangs, who don’t even speak Spanish, who rent bicycles from each other, who blow up prices…”, he laments. A lot of this competition buys bicycles from AliExpress for 800 euros, tricks them to make them faster and rents out the vehicle among themselves, for 50 euros a day. They end up being driven by ex-manteros or young people without papers who can earn —without paying self-employment or insurance or any of the obligations of legal companies— about 150 euros a day. “In addition, they deal in drugs, with beer cans and threaten the rest of us. My colleagues have come to see knives for approaching the W hotel to pick up clients, ”he denounces.

The Pura Vida company has six pedicabs. Its owner, Erwin Triebels, defends: “50% of my clients are tourists with reduced mobility who, if it weren’t for us, wouldn’t be able to visit the city. It is true that there are pedicabs that do not behave and endanger everyone. They are doing damage to the sector, but the administrations should differentiate us”. Trielbels warns that those that comply with the regulations are between 40 and 100 pedicabs of the 1,500 that operate in the city.

Also Read  Louis Partridge, a Sid Vicious for the 21st century: “Punk prevailed in a society torn apart by the economy. It is not so different from what we live now” | icon | The USA Print

From Columbus to the sculpture of the Face of Barcelona, ​​by Roy Lichtenstein, at the beginning of Via Laietana, you could almost jump from pedicab to pedicab. On Thursday afternoon, drivers, listless and sleepy in the passenger seats, waited for customers. None of these drivers knew that the City Council intends to ban them. They are suspicious when asked if they work legally or if they sublet vehicles. Bargaining is continuous with passengers in this area of ​​Barcelona and there are drivers who are willing to take customers – with symptoms of having quenched their thirst for much of the afternoon – to Barceloneta for five euros each traveler (some even take four in seats that only fit two).
When the Guardia Urbana checks these vehicles, it requests the mandatory registration number and the insurance. If you do not have one, or if the driver is a minor, the pedicab is requisitioned and taken to the deposit where they will have to pay a fine of 173 euros and 2.5 euros for each hour.